Revisiting the Garden of Eden

I am not overstating the case when I say that I was raised on original sin. I wrote about this in a post a few days ago, but it is worth mentioning again, simply because I feel now, close to the end of my 65th year, that the grip of this pernicious doctrine has largely lost its power over me. There are many reasons for this positive development, not the least being that I have learned the power of unconditional love from a few people who have embraced me over the years—and continue to do so—warts and all. I also have learned over the years the story in which the whole idea of original sin is rooted actually doesn’t say anything about original sin at all. Rather, this iconic story can be read in ways that are both liberating and empowering. 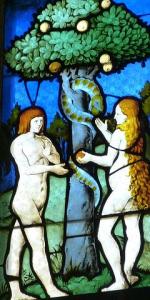 In Wholehearted Faith, Rachel Held Evans takes delight in retelling stories from the Bible that those who were raised in certain circles that take the Bible literally, as Rachel and I were, were given as a fait accompli in terms of meaning and interpretation. Consider Adam and Even in the Garden of Eden. This story of temptations, disobedience, shame, guilt, female gullibility and unreliability, as well as original sin was central to my understanding of human beings, God, and myself. Everything that is wrong with humanity and that causes us to need salvation and redemption is embedded in Genesis 3.

Yet as Evans points out, there are several things wrong with the traditional story of the Fall.

If this is not a story of original sin and destruction of original goodness, then what is the takeaway?

Rachel Held Evans suggests that rather than being a cautionary tale about disobedience and original sin, this is a story about the difference between wisdom and knowledge. Evans notes that in the Edenic landscape,

The Tree of Knowledge must always grow next to the Tree of Life, their roots intertwining, lest in our striving for comprehension we forget to honor the sacredness of our connection—to God, to one another, and to all of life.

By seeking knowledge apart from wisdom, by separating themselves their connectedness both to God and to everything around them, Adam and Eve had chosen independence over interdependence. Evans reads this as a story of loss of innocence, seeking to gain wisdom through a shortcut that does not involve God. Evans quotes Barbara Shroyer, who writes that when interpreting this story, “sin nature” should be replaced with “human nature.”

We’re born human, and within us lies the potential for both creation and destruction, both blessing and curse. To be human is to be capable of both incredible good and terrifying evil. If we deny either side of that potential, we’re living unaware.

I wanted to explain that I am constantly overestimating and underestimating the human race—that rarely do I ever simply estimate it. I wanted to ask her how the same thing could be so ugly and so glorious, and its words and stories so damning and brilliant . . . I am haunted by humans.

During the fall semester for the past many years, I have had the opportunity and privilege in a team-taught course to introduce freshman students to the Bible as literature rather than as sacred text. To demonstrate that seminal texts from the Jewish Scriptures and the New Testament can be read in many ways that diverge from traditional interpretations, I often begin with the very same story that Rachel Held Evans explores: The Garden of Eden.

Noting that, as most everyone knows, Adam and Even have been told not to eat of the Tree of the Knowledge of Good and Evil “lest they die,” I ask my students “why do you think  is prohibited?” As discussion develops, someone invariably observes that the knowledge of good and evil is apparently something that Adam and Eve lack, something that God does not want them to have. The serpent in the story plays on this observation, suggesting to Eve that the reason this knowledge has been denied her and her mate is that “God knows that in the day that you eat of it your eyes will be opened, and you will be like God, knowing good and evil.” As an aside, the serpent is right. Later in the chapter, after things have gone bad, God complains to God’s self, “Behold, the man has become like one of Us (!), to know good and evil.”

“What would you call a person who doesn’t know the difference between good and evil?” I ask my students. “Childlike,” “innocent,” “immature” are some of the responses. But what would we call a grown human being who doesn’t know the difference? “A sociopath.” “A problem.” When I ask students to rate, on a scale of 1-10, how important moral awareness is to their understanding of what it means to be human, everyone says “10.” Moral awareness is essential to full-fledged humanity.

If so, then Adam and Eve prior to eating of the fruit of the Tree of the Knowledge of Good and Evil are not fully human. Gaining moral awareness is a necessary part of becoming human. Given the rest of the story, one of the essential points is that by becoming fully human, a distance is established between human beings and the divine. By exercising their ability to choose and by gaining moral awareness, Adam and Eve have established—for better and for worse—their independence from God. This distance from and tension with what created them is both central to many seminal stories from the sacred texts and definitive of being human.

How one deals with this distance and tension is a central feature of the human story. And, as we all know, stories are far more interesting and profound than facts. 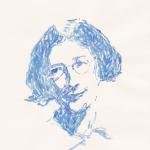 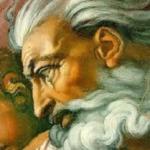 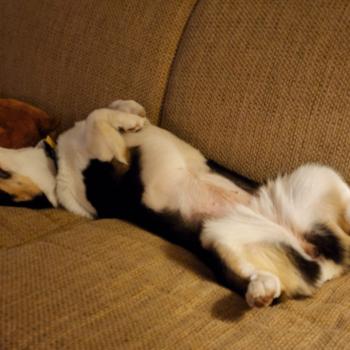