Right-Brain Faith in a Left-Brain World

At age thirty-seven, Harvard trained brain scientist Jill Bolte Taylor woke up one morning with a splitting headache. As she tried to get ready for work, her mind began to deteriorate over the course of four hours to the point that she could not walk, talk, read, write, or recall any of her life. Taylor later learned that she had suffered a massive stroke in the left hemisphere of her brain. She lost a large portion of the cognitive skills that she had used, as we all do, to define her self-image and navigate her daily existence. In her book, My Stroke of Insight, Taylor writes that even in the midst of her stroke she recognized the irony of what was happening—a brain scientist suffering a brain hemorrhage. The research possibilities were endless! 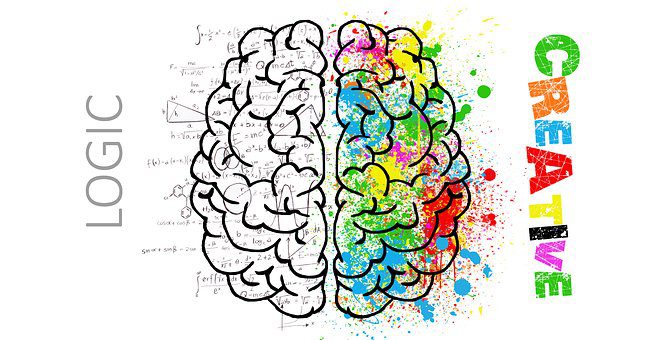 Most of us are familiar with the basics of the remarkable human brain. Between our ears and behind our eyes are the left and right brains, two halves responsible for very different aspects of our experience and personality. The two hemispheres are joined at the bottom by the corpus collosum, the part of the brain responsible for communication between the hemispheres via neural transmission. Briefly put, the left brain is responsible for the concept of time whereby our moments are divided into the past, present, and future. Facts, individuation, logic, separateness, sharp boundaries, details, hierarchical categorization, and the self-image that defines us as uniquely different from everything and everyone else are the domain of the left brain. Jill Bolte Taylor lost virtually all left brain function as a result of her stroke; it took her eight years of difficult and challenging rehabilitation to recover. But in her estimation, her stroke was in many ways a blessing. It allowed her right brain, for the first time, to be unencumbered by its partner.

As Taylor tells the story of her stroke, she notes that despite the confusion of inexorably losing her left brain function (it took her close to an hour to figure out how to dial out for help), she found herself in an unfamiliar internal place as her previously-neglected right brain kicked in.

For the right brain, frequently dominated by the left brain in Western culture, no time exists other than the present moment. While the left brain maintains separateness, difference, and autonomy, the right brain’s energies are directed to oneness, similarity, and connectedness with all things. Our right mind perceives each person as equal members of the human family, generating our ability to be empathetic, to walk in the shoes of another and feel their feelings.

Taylor reveled in the euphoria, peace, silence, and “nirvana” of her new right brain consciousness, so much so that she questioned whether she even wanted to “recover.” Through the long and difficult process of bringing her left brain back on line, Taylor reminded herself and others that she had not so much “lost” something as she was given a gift—the opportunity to choose who she would be and who she would no longer be.

I first met my right brain unencumbered by its neighboring left brain in a far less dramatic way. While on sabbatical as a Resident Scholar at the Collegeville Institute for Ecumenical and Cultural Research in Collegeville, Minnesota several years ago, I spent several times a day saying prayers and the psalms with the Benedictine monks at Saint John’s Abbey. It took a while to “step to the right” (Taylor’s phrase) and stop allowing my mind’s incessant chatter to dominate the underlying stillness and peace that began to poke its head through the quiet contemplation. I learned for the first time what the psalmist meant by “be still and know that I am God” (Ps 46:10). A verse from another psalm became my mantra: “Truly I have set my soul in silence and in peace. As a weaned child at its mother’s breast, so is my soul” (Ps 131:2).

I agree with Taylor that each of us can choose to step from the left brain energies that so frequently define selfhood and success into the joy and peace of the right brain; what I experienced at prayer with the monks changed my life. Even on the most complicated and challenging days, when I find myself bombarded simultaneously with demands from students, colleagues, administrators, friends, family, and the world at large, I can choose to let joy and peace replace frustration and disconnectedness. I can choose to be welcoming rather than judgmental, cooperative rather than combative. But it takes work. As Taylor writes, “If I want to retain my inner peace, I must be willing to consistently and persistently tend the garden of my mind moment by moment.”

The message of the Gospels is infused with right brain energy, as we are called to love those who our left brain identifies as different, step aside from our autonomous selves in the interest of serving others, and build communities of inclusion rather than of separateness. The sad truth, however, is that Christians often present themselves as more interested in splitting doctrinal hairs and sharply defining the differences that separate us both externally from non-Christians and internally from each other. We would do well to ask ourselves what difference it would make if we decided to infuse our daily faith walk with right brain rather than left brain energies.

When Jesus told his followers to stop worrying and “consider the lilies,” he was inviting them to “step to the right.” Not long after my sabbatical semester, I returned to Minnesota for a “Wisdom School” week at the House of Prayer just down the road from the Collegeville Institute. Cynthia Bourgeault, the retreat leader, told us that we should remind ourselves frequently to “be where you are, and do what you are doing.” To my left brain ears, her advice sounded both simplistic and impractical at first. But it has become one of the most important things anyone ever told me. Be mindful. Listen. Be quiet. And above all, be at peace.

September 6, 2018
What the Author Meant May Not Matter
Next Post 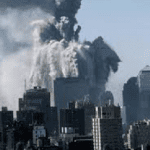