November 30 was Saint Andrew’s Day. Even though I am two days late, I offer the following in honor of the patron saint of Scotland (the most beautiful place I’ve ever seen) and my dear friend Marsue, who loved bagpipes. I miss you a lot, Marsue.

Although I am a philosophy professor by trade, I believe William Shakespeare’s body of work is more insightful about my favorite philosophical topic—human beings—than anything the Western tradition in philosophy has to offer. The Merchant of Venice is a case in point. Greed, money, love, friendship, ambition, honor, racism, forgiveness—all are on display in this masterpiece. In the dramatic Act Four court scene, Shylock insists that he be allowed to take a pound of flesh from the merchant Antonio, as the contract that Antonio freely agreed to guarantees if Antonio is unable to repay the loan he has taken from Shylock. Antonio’s friends have gathered sufficient money to pay Shylock three, four, even ten times the amount that Antonio borrowed, but Shylock insists on the pound of flesh. When the defense demands to know why Shylock (who everyone knows is a money-grubbing Jew, after all) insists on the peculiar letter of the contract rather than more money than he could have expected, Shylock’s response is both cryptic and illuminating. 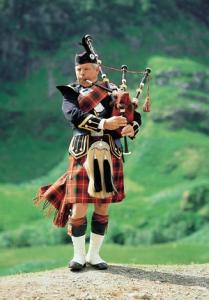 Some men there are love not a gaping pig; some that are mad if they behold a cat; and others, when the bagpipe sings…cannot contain their urine.

People have strange preferences and dislikes. In other words, Shylock says, I don’t need to explain why I want the pound of flesh rather than the money. I just want it, and the law says I can have it. People are like that—we like some things, dislike others, and no further explanation is necessary. End of story. Not really—a loophole discovered at the last moment leaves Antonio with his skin and Shylock in disgrace,

But Shylock’s point stands. Our personal likes and dislikes frequently are indefensible—yet they define who we are. I am obsessed with penguins; my office is cluttered with stuffed animal penguins, penguin pictures, penguin figurines, and even a pair of penguin slippers–a source of both amusement and confusion for any student who visits me in my academic cave. When asked to account for this peculiar addiction, I have no other explanation than “I like penguins.” Jeanne has a similarly intense obsession with Holstein cows. Shakespeare’s choice of example in Shylock’s observation is inspired—he chooses a couple of things about which no one is neutral. It’s possible that someone might not care one way or the other about penguins or cows, but no one is neutral about bagpipes or cats. You either love them or hate them.

Bagpipes: Over the past several years I have had the opportunity to scrape two decades worth of rust off my organ skills and play at services, weddings and funerals on occasion. One afternoon while practicing for an upcoming service that included “Amazing Grace,” I experimented with various settings on the pipe organ until I achieved a sound somewhat similar to bagpipes, without the grinding, scary elements–call it “Bagpipes Lite.” I used it at the service and received so  many positive comments that I’ve found a reason to use that setting just about every time I’ve played since.

I understand the inventor of the bagpipes was inspired when he saw a man carrying an indignant, asthmatic pig under his arm. Unfortunately, the man-made sound never equaled the purity of the sound achieved by the pig. Alfred Hitchcock

In the calendar of saints, November 30 is St. Andrew’s Day. My dear and recently departed friend, who once was the rector at my Episcopal church, chose to celebrate St. Andrew’s Day every year on the First Sunday of Advent (the first Sunday after Thanksgiving), even though November 30 seldom falls on a Sunday. That was her prerogative, but St. Andrew is not a top drawer saint and Marsue didn’t similarly celebrate St. Peter or St. John or St. Anybody Else yearly on Sunday.

Marsue did this because St. Andrew is the patron saint of Scotland and she 2as a lover of bagpipes. St. Andrew’s Day gave Marsue the opportunity every year to import a bagpipe player to start the service by scaring the shit out of everybody as she wound the beast up in the back of the church and then processes. I heard once that when a new, very loud trumpet stop on the organ at St. John the Divine Episcopal Cathedral in Manhattan was used at a Sunday service for the first time many years ago, a woman in the congregation was so shocked by the unexpected noise that she had a heart attack and died. I hope this does not happen on some future St. Andrew’s Sunday at Trinity Episcopal in Pawtuxet.

Some are inspired by the otherworldly sound of the bagpipe—others think something else is going on, as Bugs Bunny does when he ends up unexpectedly in Scotland.

“How many of you like bagpipes?” I asked my after-church seminar after one St. Andrew’s Day service. Half enthusiastically raised their hands. “How many hate bagpipes?” The other half expressed their opinion just as vigorously; one of them commented “I always vow that I will never again come to church on St. Andrew’s Sunday, but I always forget!”

Bagpipes—you love them or you hate them. A regiment of Scottish soldiers became known as the “Ladies from Hell” or the “Devils in Skirts” during World War I, not just because of their enormous bravery and fighting spirit, nor just because they wore kilts into battle. They were led into battle by soldiers playing an instrument that both looked and sounded as if it had been dreamed up and constructed in some deep, dark circle of Hell that Dante forgot to tell us about. I’m sure that many soldiers on the enemy side were unable to “contain their urine.”

The Irish gave bagpipes to the Scots as a joke. The Scots still haven’t gotten the joke.

Cats: I learned something very interesting once on NPR’s “Wait, Wait, Don’t Tell Me.” Recent research indicates that domestic cats believe that their owners (people, fellow inhabitants of the house) are large, mostly hairless cats who are useful primarily because they have somehow figured out how to use a can opener. For those who have or have had cats in their lives, this is not a surprise.

Cats are low maintenance. Over the years when Jeanne and I have left for a day or two, extensive coverage for our dogs had to be arranged. The safe window for leaving the dogs alone and unsupervised is about five hours. After five hours, the dog or dogs assume that no one is ever coming back and all hell breaks loose, beginning with tipping over wastebaskets and relieving themselves in inappropriate locations. Cats are different. With sufficient cat litter, food and water, a cat can be left for a month with no problem. Upon return, the cat will look at its people and say “Oh, were you gone?”

There’s something edgy about even the most domesticated of cats, as if it just crossed the line from its wild ancestors and might cross back at a moment’s notice. Their habits are random and individual. My last cat, Spooky, was an introvert extraordinaire but would at least once per evening make a royal appearance in whatever room people were gathered to make a slow, always counter-clockwise stroll through the room, then leave without comment. Dogs are obsequious—cats are not. Dogs need human affection and approval to assuage their natural canine insecurity—cats have no such insecurities. Whether a person loves or hates cats reveals a great deal about the person. I was pleased to find out on yet another Facebook personality quiz the other day that liberals prefer cats and conservatives prefer dogs. Everyone knows that I love dogs (just check out my Facebook page), but my appreciation for cats is boundless.

I am a cat loving hater of bagpipes. So sue me.

November 30, 2021
Advent and the Gift of Being Human
Next Post

December 5, 2021 Our Reason to Hope
Recent Comments
0 | Leave a Comment
"The same way creationists would haveTheyd be dead"
KDNDLKJ Noah and his Children: Bad New ..."
"I wonder how YOU would have adapted to the aftereffects of a 6 mile wide ..."
Plcc07777 Noah and his Children: Bad New ..."
"That would be me. We were asked in a church liturgy group once to tell ..."
jekylldoc Why Jesus was Obsessed with Outsiders
"This is the second time in a week that I have heard stories about the ..."
jekylldoc I’m not trying to fix you. ..."
Browse Our Archives
get the latest updates from
Freelance Christianity
and the Patheos
Progressive Christian
Channel
POPULAR AT PATHEOS Progressive Christian
1