Saying What Cannot Be Said

I recently led a discussion group focused, among other things, on the inadequacy of traditional religious structures to address real spiritual hunger. 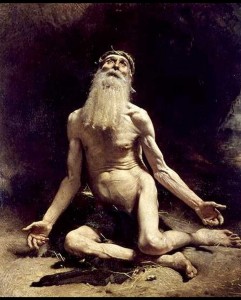 A one of our weekly meetings, we were talking about Job’s reaction to what God has to say about the unfairness of Job’s suffering after many chapters of silence from the Divine end of things. I have heard of you with my ears, but now my eyes have seen you. Job, described by God to Satan in chapter one as the most righteous man on earth, has heard all about God. He knows the stories, the texts, the rules, how to worship, how to sacrifice—in short, Job has heard everything there is to hear about how to make God happy and stay on a good relationship with what is greater than us. None of that seems to matter as load after load of shit is dumped on Job, everything falls apart, and his complaints and demands for explanation meet with stony silence from on high.

When God finally does respond, the divine answer to Job’s questions boils down to “who the hell are you to ask for explanations from me?” 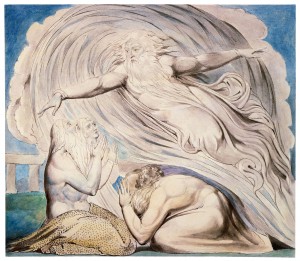 I’m God and you’re not, in other words. But the content of God’s response to Job’s complaints is not what has a lasting impact on Job. What changes his life is that for the first time, God is not something Job has just heard about second-hand. He now has had a first-hand, face to face encounter with God—and everything he has heard throughout his life pales in comparison. As members of the group engaged with Job’s description of this encounter, one person noted both that such experiences are indeed life-changing and that they are extraordinarily difficult to put into words. How is it possible to describe or explain such a powerfully personal experience, especially to those whose knowledge of the divine is entirely in the “I have heard of you” category?

The discussion reminded me of a character in one of Iris Murdoch’s novels who unexpectedly has a Job-like encounter that shatters his world. In The Unicorn, we are introduced to Effingham Cooper, a stuffy, well-intentioned but ultimately annoyingly foolish busybody. He sees himself as a man of action, striving for everyone to be happy, but actually through his actions is simply attempting to manipulate others and create the world around him in his own image. By literally immobilizing him in a quicksand-like bog, into which he has stumbled while on a twilight walk, Murdoch sets the scene for Cooper to have a revelation that is one of the most central passages in all of her twenty-four novels.

He could still feel himself slowly sinking. . . . He began to feel dazed and light-headed. . . . Max [a dying philosopher whose pupil Cooper once had been] had always known about death, had always sat there like a judge in his chair facing toward death, like a judge or like a victim. Why had Effingham never realized that this was the only fact that mattered, perhaps the only fact there was? If one realized this one could have lived all one’s life in the light. . . . 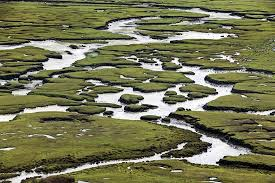 Something had been withdrawn, had slipped away from him in the moment of his attention and that something was himself.

Effingham has lived his life to this point as most human beings do, under the impression that he is the center of the universe. Preparing for what appears to be his imminent demise, he’s faced with the possibility that perhaps his existence is not as important as he thought.

Perhaps he was dead already, the darkening image of the self forever removed. Yet what was left, for something was surely left, something existed still? It came to him with the simplicity of a simple sum. What was left was everything else, all that was not himself, that object which he had never before seen and upon which he now gazed with the passion of a lover. And indeed he could always have known this for the fact of death stretches the length of life. Since he was mortal he was nothing and since he was nothing all that was not himself was filled to the brim with being and it was from this that the light streamed. This then was love, to look and look until one exists no more, this was the love which was the same as death. H 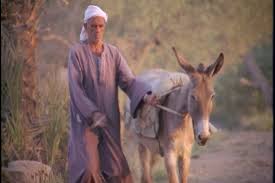 e looked, and knew with a clarity which was one with the increasing light, that with the death of the self the world becomes quite automatically the object of a perfect love.

Cooper is unexpectedly rescued (by a stranger leading a donkey, no less!), but his experience of near physical death provides a framework for spiritual insight. His physical entrapment has been the catalyst for recognizing that he has been psychologically and spiritually unfree. Sinking physically in the bog causes him to experience a sublime release from the burden of his own self-consciousness and self-centeredness. His moral rescue precedes his physical rescue. In an epiphany, the beauty of the universe is revealed to him through the momentary extinction of his own self-presence.

Cooper’s experience is a secular companion to the sort of encounter that Job has with a God who cannot be engaged second-hand. 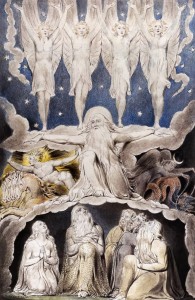 Both men have been brought by unexpected and unexplained circumstances to an experience and realization that shows what they previously thought they knew to be, at best, woefully inadequate. As the person in my discussion group suggested, the most important issue now is “What do I do with this?” How does one capture lightning in a bottle and channel this new energy going forward? We are not told much about Job’s life after his divine encounter other than that he gets everything back that he had lost.

In the case of Effingham Cooper, we find out a bit more—and it isn’t encouraging news. After his rescue, in the afterglow of the experience, he tries to explain his vision to three others, all of whom fail to understand. Sadly, but believably, the impact of his experience wholly fades. As much as we would like to believe that a transformative encounter with what is greater than us will be the catalyst for permanent and positive change, we still have to live out the rest of our mundane and normal days, weeks, months and years. There is no “once and for all” salvation from the self and ego—it is a piecemeal, imperfect and continuing process.

So how does one communicate the content of intensely personal and private transformative encounters? How does one say what cannot be said? One doesn’t. 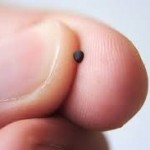 Instead, a face to face encounter with the divine, with the infinite, must work itself out in the far less spectacular and far less dynamic grind of daily life. And this is as it should be. Even though most of us would prefer living from one energizing mountain top experience to the next, that’s not the way it works. There is a reason why the Kingdom of God is likened in Jesus’ parables to leaven, to a mustard seed, to salt, to things that work powerfully over time in unnoticeable ways. There is a reason why Jesus regularly tells his disciples and followers not to spread the word of his miracles or reveal his identity publically. Despite occasional evidence to the contrary, the divine works slowly and secretly in the world, embedded in human lives.

February 14, 2017 Valentine's Day for the Mature
Recent Comments
1 Comment | Leave a Comment
Browse Our Archives
get the latest from
Freelance Christianity
Sign up for our newsletter
POPULAR AT PATHEOS Progressive Christian
1