Some Crooked Things Don’t Need to be Made Straight

Out of the crooked timber of humanity, no straight thing was ever made. Immanuel Kant 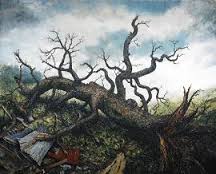 I love many kinds of music, but classical music is my first love. I was classically trained on the piano from age four through high school; my first piano teacher, a Julliard graduate who somehow ended up in northern Vermont teaching piano, was also the organist for the North Country Chorus, a volunteer choral group that was, in the estimation of Vermonters at the time, our version of the Mormon Tabernacle Choir.

Every year the North Country Chorus performed Handel’s Messiah, which became—and still is—my favorite classical composition. Its music is inspired, of course, but in addition its settings of texts from the King James translation of both the Old and New Testaments were an artistic gift to a kid who was forced to study and memorize significant portions of the Bible from an early age. Even today, decades later, I hear Handel’s glorious music every time I encounter a passage from Scripture that is included in the libretto of Messiah.

After an instrumental introduction, Messiah begins with a tenor recitative and aria set to prophetic texts from the first verses of Isaiah 40:

Comfort ye, comfort ye my people, saith your God.  Speak ye comfortably to Jerusalem, and cry unto her, that her warfare is accomplished, that her iniquity is pardoned. The voice of him that crieth in the wilderness; prepare ye the way of the Lord; make straight in the desert a highway for our God. Every valley shall be exalted, and every mountain and hill made low; the crooked straight, and the rough places plain.

This is followed by the first chorus:

And the glory of the Lord shall be revealed, and all flesh shall see it together; for the mouth of the Lord has spoken it.

Handel’s music is so beautiful that it is possible to miss the power and promise of the text: When God arrives on the scene, messes get cleaned up, crooked things get straightened out, imperfections are made perfect, and problems get solved. A wonderful promise—but not one that squares with my experience.

I was reminded of these texts and this music as I read and responded to the Facebook comments on a recent blog post that a friend shared on a progressive Christian Facebook page that she administers. The back-and-forth started innocently enough:

In a quick succession of posts, the commenter then sought to set my crooked ideas straight:

Well, now. Before I had the opportunity to say something snarky and self-righteous in response to this clearly misguided, conservative, evangelical, fundamentalist person, another commenter posted that she appreciates my posts because they help her “grow and learn,” suggesting to the first commenter that he should “find something more conservative.”

I’ve been involved in this sort of conversation many times over the years, and they just about always end this way, with the conservative Christian promising to pray for the liberal “Christian” to see the truth and thereby escape hellfire and damnation, as the liberal immediately rehearses how he will judgmentally and condescendingly share this story with his fellow progressive friends at the first opportunity. But a half hour or so later, the commenter posted one more time, offering some well-intentioned and much appreciated scriptural advice.

When Immanuel Kant wrote that “from the crooked timber of humanity no straight thing was ever made,” he was observing, at the beginning of a discussion of his moral theory, just how great the challenge of getting human beings to morally straighten themselves out actually is. Perhaps it is reflective of my natural perversity when I say that I sort of like the crooked timber of humanity.

The best moral theories take human beings as we are rather than as the theorist idealistically wants us to be. The same can be said for faith. My own faith is rooted in my embrace of the central, incarnational idea of Christianity: God became human—and still does. The Christian story is not about God straightening human beings out, but rather is about God using our natural human bends, twists, and turns.

Reading the gospel accounts of what Jesus said and did using this lens reveals the crooked timber that we all know to be definitive of being human. Christians love to focus on the loving, generous, eloquent, patient, courageous Son of God that we find on every page and tend to overlook other things we discover about Jesus. He got tired, could be curt and dismissive (even to his mother), and was occasionally sarcastic, impatient, and judgmental.

He was a real human being, in other words, with all the lack-of-straightness that involves. And that’s good news, since it means that I don’t have to “straighten up” or “sit up straight,” as various authorities used to demand from me, in order to be a bearer of the divine in the world. God is often just around the next corner of our crooked paths. 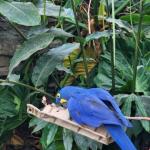 August 2, 2022 A Trip to the Zoo Reminds Me of My Mother
Recent Comments
0 | Leave a Comment
"I don't understand what you just said..."
Tabaga Persons, Humans, and Souls
"https://kids.frontiersin.or....Brain Cells do not reproduce die with what you are born."
cnort Persons, Humans, and Souls
"Actively supporting abortion for any reason should be a goal of the Church. There is ..."
Iconodule Why Men Should Be Pro-Choice, and ..."
"Thank you for sharing this. It's a complicated and difficult issue, which is one of ..."
Vance Morgan Why Men Should Be Pro-Choice, and ..."
Browse Our Archives
Related posts from Freelance Christianity