The Lady Macbeth School of Leadership

Last weekend I attended a student production of Macbeth on campus, the first such production I’ve attended since before the pandemic. Our performing arts center has a beautiful small theater; with Jeanne out of town for work, I purchased seat A1, front row at the center end. To be honest, if Jeanne had been along I probably would have purchased A1 and A2, since she if comfortable with sitting in the front row as well.

I love Shakespeare. I got in trouble with a commenter on my blog a couple of weeks ago when I mentioned that I considered Shakespeare’s insights into human nature to be more profound than those of any philosopher or theologian with whom I am familiar. For all of its darkness and violence, Macbeth is probably my favorite Shakespearean drama—but this was the first time I had ever seen it performed live. I attended with some skepticism, unsure that people in their late teens and early twenties had experienced enough of life to fully plummet the depths of Macbeth’s famous reflection upon the suicide of his powerfully manipulative wife whose choices and actions ultimately drove her to take her own life.

Tomorrow, and tomorrow, and tomorrow,
Creeps in this petty pace from day to day
To the last syllable of recorded time,
And all our yesterdays have lighted fools
The way to dusty death. Out, out, brief candle!
Life’s but a walking shadow, a poor player
That struts and frets his hour upon the stage
And then is heard no more: it is a tale
Told by an idiot, full of sound and fury,
Signifying nothing.

I’m pleased to report that, despite the expected unevenness in the quality of the ensemble of actors, both Macbeth and Lady Macbeth were excellent.

I was reminded after the performance as I walked home of several years ago when the results of the latest Facebook personality quiz caught my attention. I expected the results of the “What Shakespeare character are you?” quiz to be something predictable and boring like Hamlet or Prospero. But no . . . 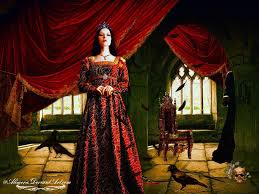 You got: Lady Macbeth! Wow, are you ever good at manipulating people into doing what you want! It is a valuable skill, one that could help you secure a job in government one day, but also a dangerous one. Like Lady Macbeth, you have a love of power that could motivate you to do evil things. Don’t let it overtake you.

Well now. Am I really channeling one of the most determined and evil manipulators in all of Western literature?

I got these quiz results when I was in the middle of a bit over a decade of administrative roles on campus, first chair of my department, then director of our large core interdisciplinary program. What does an introverted, solitary academic know about leadership? I had to find out on the fly. Not surprisingly, I relied on what I had learned about leadership from various classic texts.

Over five hundred years ago, Niccolò Machiavelli raised a classic question in The Prince: for a person with power seeking to keep or increase that power, Is it better to be loved or to be feared? If one finds oneself in a position of power or authority and is seeking to use that power effectively, is it better to cultivate love or fear among those under one’s authority? Although teachers sometimes sound as if they are entirely powerless in the face of pressures from all constituencies, in fact a teacher in the classroom finds herself in a situation of almost complete power that demands a constant, flexible, lived answer to Machiavelli’s question.

I had to think through the “love or fear” issue in an entirely different manner when I found myself in an academic administrative position for the first time. As the chair of the twenty-two-member philosophy department, knowing that if trying to lead faculty is like herding cats, then trying to lead philosophers is like herding a breed of cats who all think they are the smartest cat in the room, I worried about how to even begin. At the end of four sometimes exhausting years, I was surprised to look back on my term as chair and conclude that it had largely been a success.

We rewrote the department mission statement, entirely revised our major and minor, and hired six tenure-track faculty, all without anyone getting killed or maimed. Not known for my “people skills,” it turned out that I had a knack for what might be called “diplomatic persuasion.” I sometimes described this new-found skill as the ability to “put someone in their place without their knowing they’ve been put in their place until a day later,” or to “convince people that what you want them to do is actually their idea.” Amid tedious solitary hours of paperwork and kissing up to the administration in a diplomatically persuasive way, the people management thing was sort of fun—and no one hated me (that I’m aware of) at the end of four years

When I was asked a couple of years later to step into a much larger and more challenging administrative role—leading the large interdisciplinary program that is the centerpiece of my college’s core curriculum—I dusted off my “diplomatic persuasion” skills and retooled them for the task of leading and cajoling four times as many faculty down a much more treacherous path than I traveled with the philosophy department in my years as chair.

Within the first couple months of my first semester as director, I established a few new policies and started some difficult collective conversations that I fully expected to generate significant pushback. Surprisingly, I received almost none—everyone actually started doing what I asked. “Wow!” I thought. “My ‘diplomatic persuasion’ leadership skills really work! I actually know what I’m doing!”

Then early one morning shortly before the day’s classes began I mentioned to a colleague who was a teaching veteran in the program my pleasant surprise that no one had (yet) directly complained about the new directions the program was turning toward. “That’s because everyone’s afraid of you,” my colleague suggested. Afraid of ME? Really? Introverted little ole me?? Although my colleague is not known for her sense of humor, I assumed she was kidding. “Yeah, right (ha ha ha)” I said.

She replied by revealing something about me that I never knew “No, really. You can be very intimidating at times.” Add fifteen years of teaching in the program, tenure, full professorship, introversion, a teaching award, and a gray ponytail together and apparently the illusion of intimidation is produced. “Fine,” I thought. “If people are under the false impression that I’m scary on some level and it’s causing them to actually pull together in a good direction, then that’s a card worth playing as long as it works.” When I reported a couple of weeks later to my two sons at our annual Thanksgiving gathering that the faculty in my program are afraid of me, the news produced guffaws and laughter of a rolling-on-the-ground-and-gasping-for-air variety.

So I was not completely surprised when the quiz matched me up with Lady Macbeth. Apparently my commitment to “diplomatic persuasion” is actually an expression of my deep-seated commitment to power and manipulation. My expressed desire to lead the program I directed effectively into a new and more creative future was a thinly disguised working out of my need to control. Nietzsche was right after all—all living things seek not just to survive but to extend their dominance and influence as far as possible.

Administering an academic department or program unexpectedly turned out to be an effective way for me to get to do what all human beings secretly want but often never get a chance to do—boss other people around and make them dance to your tune. I may end up dead with indelible blood on my hands as my Shakespearean soul mate did, but the journey will be a lot of fun.

Or not. I’m not buying this, because I’m not buying that leadership necessarily requires a commitment to manipulation and power. But I might be wrong. Maybe my project for my upcoming sabbatical should be to establish a new Lady Macbeth School of Leadership on some campus somewhere. It’s a thought. 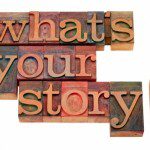 November 8, 2022
Why Stories are Better than Arguments
Next Post 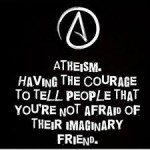 November 12, 2022 "The Heart Has Its Reasons . . .": My Evidence Against Atheism
Recent Comments
0 | Leave a Comment
Browse Our Archives
Related posts from Freelance Christianity