The Life of Faith is Not a Fairy Tale

The Life of Faith is Not a Fairy Tale October 28, 2018 vancemorgan

The first lectionary reading at church the past three Sundays have been from one of my two favorite texts from the Hebrew scriptures—the Book of Job (the Book of Ruth is my other favorite). As a philosophy professor and a person of faith, for me Job is a literary masterpiece, an exquisite and powerful dramatic treatment of the problem of innocent suffering and the larger problem of evil. Earlier this semester, Job was a seminar text in an Honors interdisciplinary, team-taught course I participate in—I was pleased and encouraged to see that the eleven bright eighteen-year-olds in my seminar found Job just as fascinating, confusing, and challenging as I have ever since I first encountered it in my youth. 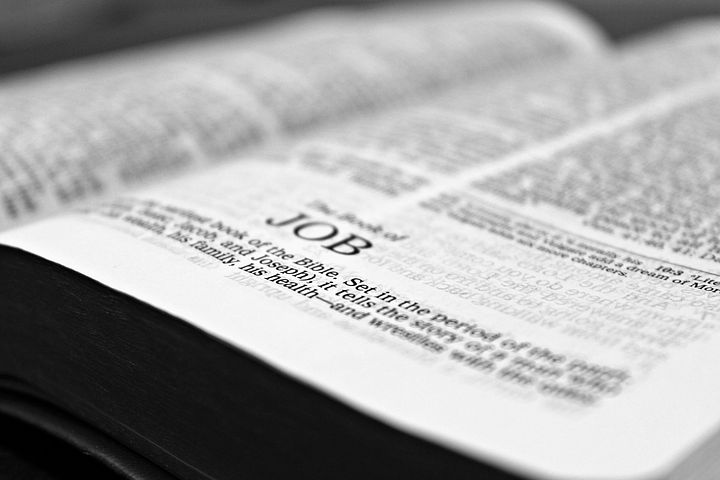 The dramatic setting of Job is so familiar that it can be summarized in just a few sentences. Job is presented as the most honorable of men, one who “feared God and avoided evil.” He is wealthy, happy, content, and living the good life. Then in a matter of just a few verses, he loses everything—his flocks, his crops, his servants, and his children. He also loses his reputation, since his wife and friends assume that Job must have done something to deserve this  series of calamities; they urge him to be honest and confess his hidden sins. Job’s wife advises him to “curse God and die.”

But Job insists that he is innocent of wrongdoing and does not deserve any of this. Despite “the patience of Job” becoming a trope over the centuries, even a cursory reading of the text reveals that Job is anything but patient. Covered with boils and sitting in an ash heap, Job wants to know what the hell is going on. This is where we drop in on Job in the lectionary reading two weeks ago.

Today my complaint is bitter; his hand is heavy despite my groaning. Oh, that I knew where I might find him, that I might come even to his dwelling! I would lay my case before him, and fill my mouth with arguments. I would learn what he would answer me, and understand what he would say to me . . . If I go forward, he is not there; or backward, I cannot perceive him; on the left he hides, and I cannot behold him; I turn to the right, but I cannot see him. God has made my heart faint; the Almighty has terrified me.

And so on for chapter after chapter. “You owe me an explanation, dammit!” Job complains—“I have justice, fairness, logic, and truth on my side!” And God is silent.

Until God isn’t. In last week’s lectionary reading, God has heard enough of Job’s complaining and finally, after thirty-seven chapters, takes a moment to respond. I was lector last week and got to be the voice of God:

Who is this that darkens counsel by words without knowledge? . . . Where were you when I laid the foundation of the earth? Who determined its measurements—surely you know! Or who stretched the line upon it? On what were its bases sunk, or who laid its cornerstone when the morning stars sang together and all the heavenly beings shouted for joy? Can you lift up your voice to the clouds, so that a flood of waters may cover you? Can you send forth lightnings, so that they may go and say to you, “Here we are”? Who has put wisdom in the inward parts, or given understanding to the mind? Who has the wisdom to number the clouds?

And so on for three full chapters.

One of the questions in the reading quiz I gave my seminar students was “Summarize what God says to Job once God decides to say something toward the end of the book.” One of my students put it succinctly: God’s response is “Who are you to ask questions and demand answers of me? I’m God and you’re not—so shut the hell up!” Not exactly how Job was hoping the conversation might go, I suspect—there’s no discussion, argumentation, logic, or holding anyone accountable here. Instead, there’s a direct confrontation with someone entirely out of Job’s league and above Job’s pay scale. But Job gets the point and responds to God’s tirade in today’s lectionary reading.

I know that you can do all things, and that no purpose of yours can be thwarted. Therefore, I have uttered what I did not understand, things too wonderful for me, which I did not know. I had heard of you by the hearing of the ear, but now my eye sees you; therefore, I despise myself, and repent in dust and ashes.

And that, scholars tell us, is where the original text of the story of Job ends. Job, who had heard a lot about God and thought he had God all figured out, learns that hearing about and direct encounter with are two very different things.

But wait . . . there’s more! Today’s lectionary reading ends with an epilogue of several verses, so different in style and content from the rest of the book that scholars believe it was probably added centuries later. In a matter of ten succinct verses, God tells Job’s friends off for bringing bad advice to Job, then restores everything that had been taken away—the sheep, goats, cattle, donkeys, camels, and crops. To cap it off, Job has seven sons and three daughters to replace the children who died in chapter one, children who I’m sure were smarter, better looking, and more deferential and respectful than the originals. “Then Job died, old and full of years.” A happy ending worthy of the best fairy tales.

Why would someone find it necessary, years later, to tack this happy, fairy tale conclusion on the end of a story that is anything but a fairy tale? My students had lots of good insights, some of which reminded me of an insight from an essay called “The World of Epictetus,” written by Admiral James Stockdale a number of years ago and since anthologized in dozens of ethics survey text books. Stockdale, just as Senator John McCain who died two months ago, was a prisoner of war in North Vietnam for a number of years. In “The World of Epictetus,” Stockdale writes that it was remembering his undergraduate courses in the liberal arts at the Naval Academy that helped keep him centered and sane while regularly tortured and in solitary confinement. One of the texts he found most helpful was Job—Stockdale has this to say about the ending of the story:

When the Lord appeared in the whirlwind, he said, “Now, Job, you have to shape up! Life is not fair.” That’s my interpretation and that’s the way the book ended for hundreds of years. I agree with those of the opinion that the happy ending was spliced on many years later. If you read it, you’ll note that the meter changes. People couldn’t live with the original message. Here was a good man who came to unexplained grief, and the Lord told him: “That’s the way it is. Don’t challenge me. This is my world and you either live in it as I designed it or get out.”

“People couldn’t live with the message,” so they made up a different message that they found more to their liking.

Life is not a fairy tale, it isn’t fair, and it seldom provides the happy endings we seek and hope for. Nor, despite what many versions of religious commitment might tell us, is the life of faith a guarantee that these difficulties and problems will get turned into a fairy tale with a happy ending. As Job says, “mortals die, and are laid low”—regardless of whether they are or are not persons of faith. But those who have, for better or for worse, truly embraced the life of faith, wouldn’t have it any other way. The attraction of the life of faith is not a “pie in the sky” guarantee that it will all work out for the best. Rather, the attraction lies in what Job said when he encountered God directly for the first time. “I had heard of you . . . but now my eye sees you.” There is no substitute for the real thing. 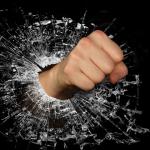 October 25, 2018
What to Do When You Get Tired of Being Angry
Next Post