Some Advice for the Graduating Seniors: Don’t Forget About the Room at the Back of your Shop

May 21, 2022 by vancemorgan
0 Comments
Some Advice for the Graduating Seniors: Don’t Forget About the Room at the Back of your Shop May 21, 2022 vancemorgan 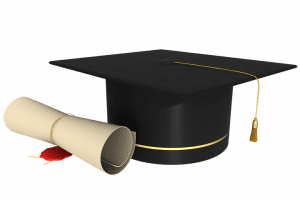 Today is Commencement Day for the Class of 2022 at my college. Commencement is always a big day—this year it bigger than usual because it will be my college’s first full-fledged Commencement exercises in three years. All graduation festivities were cancelled in May 2020 during the height of the pandemic; last year a scaled-down ceremony was held outside on a soccer field with everyone wearing masks. Today we return to our usual Commencement location, the Dunkin’ Donuts Center in downtown Providence, the very place where the 2021-22 Providence Friars men’s basketball team played their home games this past winter during a season for the ages and their run to the Sweet Sixteen in the NCAA March Madness tournament in March.

I expect that there will be a heightened atmosphere of optimism in the arena today exceeding the usual optimism that always accompanies graduations of any sort. I am reminded, though, of a “Message to the Graduates” that I have posted on this blog each of the last two years on Commencement Day. Although we all hope and want to believe that the worst of the Covid-19 pandemic and its accompanying life-changing disruptions are largely behind us, what we have learned over the last two years about what matters is most important remains relevant. My message for the graduates today is the same as it was the last two years on graduation day: Survival is Insufficient.

This is not what you hoped for. This is not how you imagined your years of hard work, commitment, and dedication at Providence College would end. Some very important events, celebrations meant to honor you and to establish lifelong memories, have been cancelled. They are irreplaceable, and their loss is palpable, even for those who, as I, are accustomed to annually standing on the fringes of such gatherings and smiling a lot, occasionally glimpsing students from the past four years hugging each other, as well as their friends and families, and perhaps even having the privilege of meeting the most important people in the lives of the students who have become so important to me.

But none of that is happening this year. And it’s sad. And the loss of graduation celebrations is just one aspect of how your worlds—how all of our worlds—have been turned upside down. Whatever your plans were last January for this coming summer, for the fall, for graduate school or starting the job that would launch you into your new career, those plans have—as my brother-in-law would say—gone “tits up.” We can’t wait until things get back to normal, until we can move our lives from “on hold” status to “reboot” or “move forward” status. Until we can stop just surviving and start living.

We know, though, that we are currently in the middle of one of those events that will mark “before” and “after” for the rest of our lives. However we define “normal” gradually over the coming weeks and months, it will undoubtedly be different than the pre-coronavirus “normal” in important and irreversible ways. Some things aren’t coming back. Others will return in significantly different forms.

In one of the strangest confluences of imagination and reality I’ve ever encountered, I team-taught a colloquium this semester called “Apocalypse.” During the last half of the course, we studied various apocalyptic texts—from novels and documentaries to comic books and movies—while immersed with everyone else across the globe in an apocalyptic event. Even more strangely, our last text of the semester—Emily St. John Mandel’s 2014 novel Station Eleven—is about a global pandemic that kills off 99.9% of the world’s population. In the post-apocalyptic world, a group of musicians and actors who call themselves the “Travelling Symphony” wanders from small community to small community performing works of Shakespeare and giving concerts.

Why? In a world in which survival from day to day is not guaranteed, in which deadly cults and feral gangs threaten around every corner, what is the value of Shakespeare? Why listen to a concert? The answer is provided in a slogan written on a banner on the side of one of the group’s caravan wagons, words also tattooed on the arm of Kirsten, the novel’s main character:

Because survival is insufficient

We discussed frequently in our colloquium whether survival is the primary human instinct, whether some lives are not worth living, and what sorts of things make a life worth living. The Travelling Symphony’s slogan reminds us that there is far more to being fully human than simply being alive. In their intellectual notebooks, my students frequently wrote that the truth of this slogan became much more apparent to them as they were socially distanced and isolated at home.

One student illustrated her point by referencing Clark, another central character in Station Eleven. Before the pandemic, Clark was a corporate problem-solver, hired by various firms to help “fix” various leadership problems. During an interview with a woman whose boss was Clark’s current target, she described her boss as a “high-functioning sleepwalker,” a man who she suspects will become more efficient and productive with Clark’s help, but who will still remain a “joyless bastard.” Her boss is one of “those people who’ve ended up in one life instead of another and they are just so disappointed. They’ve done what’s expected of them. They want to do something different but it’s impossible now, there’s a mortgage, kids, whatever, they’re trapped.”

Two decades later in a post-pandemic world, Clark realizes that he himself, wealthy and successful, had been a “high-functioning sleepwalker.” Remembering his pre-apocalyptic self, Clark noted that

He had been moving through the motions of his life for a while . . . not specifically unhappy, but when had he last found real joy in his work? When was the last time he’d been truly moved by anything? When had he last felt awe or inspiration?

My student suggested that reading this during coronavirus seclusion motivated her to look for answers to Clark’s questions for herself. What are the things that last, that bring joy, satisfaction, contentment, or inspiration when the things you thought you could depend on get taken away? How does one avoid being like Clark before the pandemic?

In another one of my classes, I spent a semester with my students in the world of 16th-century French philosopher Michel de Montaigne. Montaigne’s world was violent and unpredictable; in his essays he frequently sought for strategies intended to establish peace, centeredness, and confidence in the midst of swirling chaos. One of my students’ favorite passages from Montaigne comes from his essay “Of solitude.”

We should have wife, children, goods, and above all health, if we can; but we must not bind ourselves to them so strongly that our happiness depends on them. We should set aside a room at the back of the shop, just for ourselves, quite isolated, where, as the principal retreat for our solitude, we establish our true freedom.

What is in your “room at the back of the shop”? Have you ever entered it? Are you even aware of its existence? Many of my students told me that coronavirus seclusion introduced them, some for the first time, to the internal space where one is perfectly free to decide who they are and what they will be. “In that back room,” one student wrote, “I began to discover who I am, what my true loves and interests are, apart from what I think other people—even those whom I love the most—expect me to be.”

My hope for each of you is that you will become acquainted with the room at the back of your shop. Use it to identify what matters to you the most. If survival, simply keeping your head above water, is insufficient, use your back room to discover what—uniquely for you—is central to a life that far exceeds mere sufficiency. Become a deliberate and intentional person. The world already has too many high-functioning sleepwalkers.

May 19, 2022
Making Darkness and Silence your Friends
Next Post

May 23, 2022 The Story I am Willing to be Wrong About
Recent Comments
0 | Leave a Comment
"It is tough work climbing the mountain of the Lord! Thanks for the reminder. Some ..."
Richard Guaraldo Descending and Ascending the Mountain of ..."
"I am, admittedly, guilty of a sort of "God of the Gaps" (or "soul of ..."
Kevin Kilgorre Problems with the Soul
"I do not describe God as physical, non-physical, or as fitting into any of our ..."
Vance Morgan Problems with the Soul
"Ah yes - I would certainly put myself in the category of someone with a ..."
Kevin Kilgorre Problems with the Soul
Browse Our Archives
Related posts from Freelance Christianity 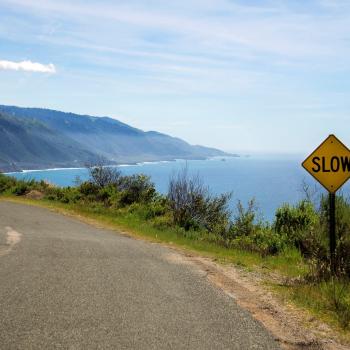