The Unexamined Faith Is Not Worth Having

He lived over two millennia ago, and as far as we know he never wrote anything. We learn everything we know about him from others, often in reports and descriptions written decades after his death. The reliability and accuracy of these reports are often called into question, since their authors clearly have agendas and interests that undoubtedly undermine objectivity and an accurate accounting of the facts. He had a lot to say and attracted many followers who hung on his every word, while also annoying and angering others. He was an inscrutable enigma, even to his closest friends and family.

Eventually he ran afoul of the authorities in his community, was brought to trial on serious charges, and was summarily executed. Yet through the mist and fog of obscurity, the passage of time, and the unreliability of second-, third-, and fourth-hand accounts, his life reaches toward us with a compelling attraction that is as powerful today as it was for his contemporaries. Countless people have adopted his life as a model for their own; others have rejected him as either a charlatan or a complete failure. And his name was not Jesus. 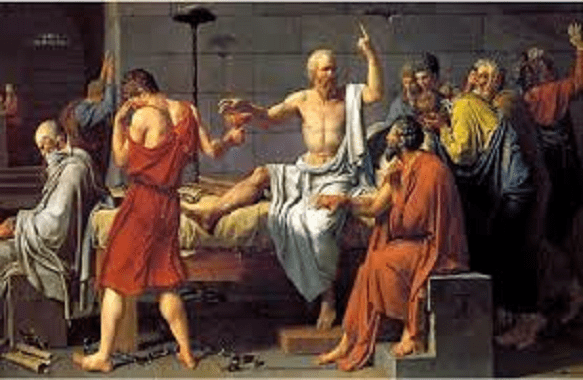 This coming week, I get to introduce students in two of my courses to a powerful narrative–the trial and death of Socrates. It is a gripping narrative in which an apparently innocent and harmless man who only wants to be left alone to pursue what he believes he has been called to do runs headlong into trouble so serious that his life is at risk. Young people generally are fascinated by Socrates, just as the youth of Athens in his day were. They know that he’s important and that they need to take him seriously (he is the godfather of Western philosophy, after all), but many find him to be arrogant and annoying.

Over the years, I have found that Socrates’ insistence on challenging pretensions to certainty, his dedication to asking disturbing questions of himself and others, and his general refusal to conform to the accepted attitudes and expectations of the day make people just as uncomfortable today as they did 2500 years ago. Socrates undoubtedly spoke truth to power, but he did it in a unique way. He spoke questions to certainty.

The charges against Socrates at his trial sound odd to the contemporary ear:

• Investigating things in the heavens and under the earth.

• Making the weaker argument the stronger and teaching others to do so.

• Corrupting the youth of Athens.

• Believing in gods other than those authorized by the state.

Some of the charges sound ominous in their vagueness (“corrupting the youth”), while others are simply peculiar. But against the backdrop of what we know about Socrates’ life and within the context of the world in which he lived, a consistent thread can be found. By pursuing what he considered to be a divinely inspired vocation, Socrates threatened and angered the wrong people.

Over time, his very existence was a continuing reminder that the stable foundations of a society are only as good as the willingness of the members of that society to agree that some things cannot be questioned, that some basic assumptions are sacrosanct. And nothing was sacrosanct to Socrates. His regular and very public questioning of everyone who would engage with him in conversation imperceptibly but inexorably had a corrosive effect. Young people were attracted to him not primarily because of his commitment to a life of pursuing truth through questioning, but rather because he continually exposed important persons as pompous frauds. Socrates’ Athens is remembered fondly by many as one of the first experiments in democracy, but when freedom threatens power and stability, something has to give. For this he was brought to trial and lost his life.

Despite his occasional claims that he had been set on a life’s path that brought him to an untimely end by something that he cryptically referred to as “the god,” Socrates was thoroughly secular in his interests and activities. His primary concern was this world, the specific human beings with whom he lived and worked, and seeking to discover through dialogue and conversation what the various elements of a well-lived life might be, as well as how (or if) those elements can work effectively together. He had a family, a job, was a good friend to many, an honored citizen-soldier, and in many ways was not that different from either his fellow Athenians or from any of us.

Had he not paid with his life for his strange and quirky resolve to question and prod everyone and everything, we might have never heard of him. But this homely, awkward man reaches out to us across the centuries because he committed his life to the proposition that there is nothing more dangerous than premature and poorly supported pretensions to certainty. There is nothing more likely to smother growth than the belief that we are “all set.”

There is much that a person of faith can learn from Socrates. Even though his concerns were secular, what he taught and what he lived is directly transferable to those who are committed to journeying in the territory of the sacred. There is no area of human enquiry where the pressure is stronger to simply believe without questioning than issues concerning the relationship between human and divine. There are innumerable systems of belief that one could adopt that will provide definitive answers to all of the pertinent questions—Does God exist? What is God like? What does God require of me? The fact that the purportedly certain and absolute answers provided by these myriad systems of belief are incompatible raises a big problem, of course—which system has it right?

The life of Socrates is a reminder that such systems raise an even larger problem, the problem of certainty. Certainty offers the promise of closure, of stability, of security, all valuable and attractive commodities. But a Socratic faith recognizes that when bought at the price of openness, change and growth, these are commodities not worth having. Socrates challenges me as a person of faith to recognize that rather than questions being a means to an end of definitive answers, the best questions are an end in themselves. The best questions always allow for the possibility that what I currently believe might be wrong, is always revisable, and that I have a lot to learn. Continuous questioning does not imply that there are no absolute answers, but it does imply that I have no reason to believe at any point that I have found them.

In Plato’s Crito, a short dialogue containing a conversation between Socrates and his friend Crito that occurs in Socrates’ prison cell in the early hours of the day of Socrates’ execution, Socrates tells Crito that there is a difference between living and living well. In the life of faith, there is a similar difference between believing and believing well, between believing in order to put important questions to rest and believing in order to energize the asking of better and better questions. The most famous one-liner ever attributed to Socrates comes from his defense of his life when on trial: “The unexamined life is not worth living.” I would add that for a person of Socratic faith, the unexamined faith is not worth having. 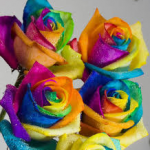