The Words of Our Mouths and the Meditation of Our Hearts

This past week I began a new course with a colleague from the Political Science department who is also a Dominican priest. We began our “Faith and Doubt” colloquium with Anne Lamott’s Plan B as we are seeking from the start to provide our students with a less traditional, less mysterious, and more serviceable orientation to “faith,” one that will be developed and stretched to its limit over the semester. Lamott’s observation that “the opposite of faith is not doubt, but certainty—Certainty is missing the point entirely” is serving as our primary starting point. 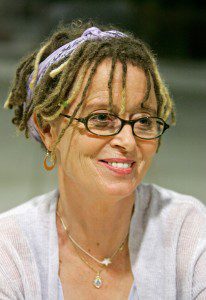 Lamott’s orientation to faith and related matters is established early in Plan B when she quotes Henri Matisse, who said that “I don’t know if I believe in God or not . . . But the essential thing is to put oneself in a frame of mind which is close to that of prayer.” Matisse is demystifying prayer just as my colleague and I are seeking to demystify faith in our colloquium. Prayer has nothing to do with the content of one’s beliefs and everything to do with orientation and attitude. A “prayerful” attitude is one of what Simone Weil calls “attentiveness,” a deliberate openness to everything that isn’t me and a willingness remove the filters of the ego as I look. As Anne Lamott says in one of her many Ted Talks, “a good definition of God is ‘not me.’”

The psalm in today’s Sunday lectionary is very useful in creating such a space of prayer and attentiveness. Psalm 19 has always been one of my favorites. Its opening verses invite us to turn our attention upward and outward toward the wonders of creation which, without words or sound, communicates more than could be processed in a lifetime.

The heavens declare the glory of God, and the firmament show his handiwork.

Day to day utters speech, and night to night shows knowledge.
There is no speech, nor are there words; their voice is not heard;
yet their voice goes out through all the earth, and their words to the end of the world.

Anne Lamott places prayer in the space that the psalmist is celebrating when she writes that “When you pray, you are not starting the conversation from scratch, just remembering to plug back into a conversation that’s always in progress.”

The beginning of Psalm 19 is so powerful that it is easy to forget the many beautiful verses throughout. I particularly love the final verse:

May the words of my mouth and the meditation of my heart be acceptable in your sight, oh Lord, my strength and my redeemer.

On the occasions, usually two or three times per year, that I am invited to give a sermon, I always begin with this prayer, including those in attendance in the prayer by concluding with “acceptable in our sight, oh Lord, our strength and our redeemer.” This is also a wonderful prayer to have in mind at the beginning of every class that I teach. It’s good to be reminded that there’s a lot more going on here than just me.

I’ve often said that the season of Epiphany focuses on Jesus’ “coming out party,” including his baptism in the River Jordan two Sundays ago, making water into wine at the wedding at Cana last Sunday, and then today’s story from Luke’s gospel in which a bunch of people in a Nazareth synagogue find out that there’s a lot more going on than they thought. Jesus is fresh off his forty days and nights of temptation in the desert and returns to Nazareth, his home town. What better place to kick off his ministry?

The scene is powerfully portrayed in the 1977 Franco Zeffirelli television mini-series “Jesus of Nazareth.” It is the Sabbath, and Jesus is in the synagogue with wall-to-wall men and boys, while the women of the town observe from behind a screen. Although it is apparently not his turn to read, Jesus steps to the front and takes the scroll. After a pregnant pause, he begins to read from Isaiah.

The Spirit of the Lord is upon me, because he has anointed me to bring good news to the poor. He has sent me to proclaim release to the captives and recovery of sight to the blind, to let the oppressed go free, to proclaim the year of the Lord’s favor.

When he is finished, Jesus rolls up the scroll, makes eye contact with the congregation, and says “Today, in your hearing, this Scripture is fulfilled.”

As the camera slowly pans the faces of those at the synagogue, their expressions pass from piety, to confusion, to outrage and anger. For every man and woman present knows that this scripture can only be fulfilled by the Messiah. And they know who this man is. He is Mary and Joseph’s son. He is a carpenter—a bit odd at times, but just like they are. Nazareth is an insignificant town in an insignificant backwater of the eastern Roman Empire. “I remember when I chased you out of my bakery for stealing a fig,” one thinks. “I remember when I had to break up a squabble between you and my son when you were teenagers,” thinks another. And he has just declared himself to be the son of God. No wonder they tried to kill him.

Christians believe that, despite the appropriate incredulity of his fellow worshippers on that Sabbath, Jesus was indeed the Messiah, God in flesh. Remarkable and astounding. But even more remarkable is that these twenty-five-hundred-year-old words from Isaiah were not only fulfilled by Jesus–they continue to be fulfilled by God in human form. Isaiah’s prophecy foretells a time when healing, justice and liberation will be brought to the sick, oppressed and prisoners.

That time is now, and we are the vehicles of that healing, justice, and liberation. Our world is full of the poor, the bound, those who mourn, those who are in captivity both physically and mentally. We live in a world crying out for liberation, peace, and consolation at every level. So often we wonder where God is, where the divine solution to the never-ending problems and tragedies of our world is to be found.

But we miss the clear answer to our questions. Joan Chittister writes that “having made the world, having given it everything it needs to continue, having brought it to the point of abundance and possibility and dynamism, God left it for us to finish. God left it to us to be the mercy and the justice, the charity and the care, the righteousness and the commitment, all that it will take for people to bring the goodness of God to outweigh the rest.”

We are to be the oil of joy for those who mourn, to be the beauty in the midst of ashes, and to wrap the heavy of heart in the garment of praise. As the closing prayer in each Eucharistic celebration in the Episcopal liturgy asks, “send us now into the world in peace, and grant us strength and courage to love and serve you with gladness and singleness of heart.”

January 24, 2022 Why Jesus was Obsessed with Outsiders
Recent Comments
0 | Leave a Comment
Browse Our Archives
Related posts from Freelance Christianity 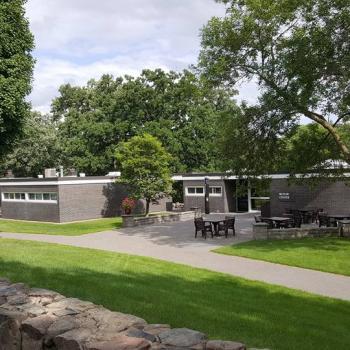