“There Shall be None to Make Him Afraid”–An Independence Day Reflection July 3, 2020 vancemorgan

Every one shall sit in safety under his own vine and fig-tree, and there shall be none to make him afraid. George Washington, Letter to the Hebrew Congregation of Newport, RI

Tomorrow is Independence Day—in most parts of the country, it will be a 4th without huge fireworks displays, with closed beaches and constant reminders that things have been, currently are, and for the foreseeable future will be very different than what we expect and hope for. I’m reminded of something Jeanne and I experienced three summers ago that strikes me as particularly relevant to thinking about what Independence Day means, beyond the usual trappings of fireworks, beaches, and barbeques.

Jeanne and I spent that summer using the Rhode Island Brewery Passport, taking advantage for the first time of the thirteen (at the time—there are many more now) microbreweries in our tiny Ocean State. The establishments are clumped together in different parts of the state, making it possible to visit two or three of them in one day. One July Sunday, we headed to Aquidneck Island (that’s a native American word, in case you’re wondering) to visit microbreweries in Middletown and Newport. We usually stay clear of Newport in the summer because it is swamped by tourists, but the microbrews were beckoning. Since we were already there, we decided, on a friend’s recommendation, to visit one of the many Newport sites on the National Historic Register—Touro Synagogue, the oldest synagogue in the United States.

We caught the last tour of the day, and had a very energetic and effective guide all to ourselves. The building is an architectural gem; the history of the first Jews in Rhode Island, who came from Spain and Portugal fleeing the Inquisition established by King Ferdinand and Queen Isabella of Christopher Columbus fame, was fascinating.

But the historical episode for which Touro is most famous outside of Rhode Island is centered on George Washington’s “Letter to the Hebrew Congregation of Newport Rhode Island.” More than a vital piece of American Jewish history, the letter is one of the primary documents guaranteeing religious tolerance in America. Its famous words are still quoted by community leaders and politicians whenever they want to underline America’s commitment to religious liberty. As is often the case with important historical documents, the background of the letter is political.

Toward the end of the eighteenth century, the new U.S. Constitution needed to be ratified by nine of the thirteen original states in order to take effect; this happened when New Hampshire became the ninth state to ratify in June of 1788. George Washington, however, wanted unanimous ratification—by Thanksgiving 1789, only little Rhode Island had not yet ratified the document. Washington struck a deal with the movers and shakers in Rhode Island—if they ratified the Constitution, Washington and his entourage would make a personal visit to the state.

Rhode Island’s ratification finally happened (by a mere two votes) in May 1790; true to his word (remember, George could not tell a lie), Washington and Thomas Jefferson took a victory lap through Providence and Newport that summer. While the dignitaries were in Newport, Moses Seixas, head of the congregation, on behalf of the Jewish community presented Washington with an eloquent communication expressing gratitude for Washington’s accomplishments and, above all, “for all these Blessings of civil and religious liberty which we enjoy under an equal and benign administration.”

Deprived as we heretofore have been of the invaluable rights of free Citizens, we now with a deep sense of gratitude to the Almighty disposer of all events behold a Government, erected by the Majesty of the People — a Government, which to bigotry gives no sanction, to persecution no assistance — but generously affording to all Liberty of conscience, and immunities of Citizenship: — deeming every one, of whatever Nation, tongue, or language equal parts of the great governmental Machine.

Clearly underlying Seixas’s praise is a vital question—is this new country going to live up to the claims of its founding documents? As the descendants of persons displaced by persecution, the Jewish community had good reason to wonder whether these promises would be anything more than hype.

Washington’s response is a remarkable document, as relevant today as it was more than two and a quarter centuries ago. In a few instances, he uses Seixas’ own words:

For happily the Government of the United States, which gives to bigotry no sanction, to persecution no assistance, requires only that they who live under its protection should demean themselves as good citizens, in giving it on all occasions their effectual support.

Washington also draws a sharp distinction that we should all take to heart in our contemporary world in which “tolerance” is often a buzz word with lots of noise but little content.

The Citizens of the United States of America have a right to applaud themselves for having given to mankind examples of an enlarged and liberal policy: a policy worthy of imitation. All possess alike liberty of conscience and immunities of citizenship. It is now no more that toleration is spoken of, as if it was by the indulgence of one class of people, that another enjoyed the exercise of their inherent natural rights.

The guarantees of religious freedom go far beyond mere tolerance. I can tolerate those with whom I disagree while all the time reserving the right to suspend or remove my tolerance at any time. As Washington points out, inherent natural rights are not something that can be given to or taken away from one group by another. Human beings are endowed by their Creator with natural rights because of what they are, not because of they do, think, or believe. Quoting the Hebrew prophet Micah, Washington closes with a Presidential blessing:

May the children of the Stock of Abraham, who dwell in this land, continue to merit and enjoy the good will of the other Inhabitants; while everyone shall sit in safety under his own vine and fig-tree, and there shall be none to make him afraid.

It is a powerful vision and promise, one that we continue to struggle mightily in this country to live up to. We are living in a time when religious and racial intolerance are on the rise, in our faces on a daily basis in ways that we naively thought were in our collective rear view mirror. But we also, if we are looking, can also see regular and encouraging signs of solidarity and tolerance. Shortly before our visit to Touro Synagogue, Jeanne and I experienced one of those events.

On the Sunday before Father’s Day that summer, Jeanne and I walked in ninety degree heat with thirty or forty other people in an unusual but important parade down the main street of Pawtuxet, Rhode Island, a parade in which members of the Jewish Congregation Or Chadash marked their move to their new home at Trinity Episcopal Church by carrying their three Torahs through the village in ceremonial procession. Political and religious dignitaries participated as everyone crowded in for the formal dedication of the renovated and redecorated space at Trinity. 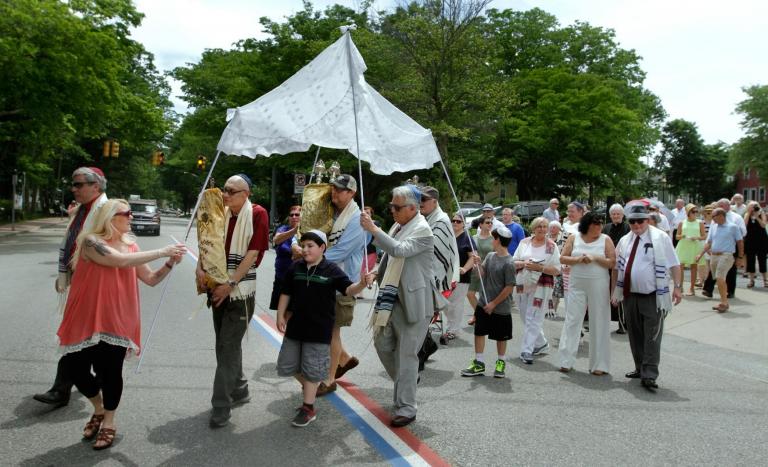 As we walked past ice cream parlors and coffee shops, interested observers commented positively. “Good for you! This is how religions should treat each other,” one person said; “It’s the way human beings should treat each other,” said the man standing next to him. As I walked next to Scott, the senior warden of Trinity Episcopal and mayor of the Providence suburb where many of Trinity’s parishioners live—the guy who was the prime mover and shaker for making this piece of ecumenism happen—I said “Scott, I feel like Joe Biden! This is a big f__king deal!” “Yes it is,” he replied. George Washington would have been proud.

True patriotism has nothing to do with fireworks, bumper stickers, flags, or slogans. It has everything to do with making the vision of our founders, a fragile experiment that each generation must commit itself to preserving and expanding, a reality. 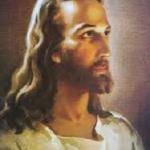 July 5, 2020 Is Your Burden Light?
Recent Comments
0 | Leave a Comment
Browse Our Archives
get the latest from
Freelance Christianity
Sign up for our newsletter
POPULAR AT PATHEOS Progressive Christian
1