To My Atheist Friends: This is why I call myself “Christian”

To My Atheist Friends: This is why I call myself “Christian” October 24, 2019 vancemorgan

Every once in a while–it seems like about once every six months or so–I post an essay here that attracts a bunch of interested and motivated atheists who read, then comment. A lot. I enjoy conversing with atheists, usually a great deal more than I enjoy conversing with conservative Christians. But I frequently find myself pushing back against their assumptions. It usually takes several exchanges before the atheist realizes that they are conversing with a Christian who does not fit their stereotypical assumptions about what “all” Christians believe.

The other day, toward the end of such an exchange, I was asked why, if I don’t affirm many of what outsiders believe to be the essentials of Christianity, I still call myself a Christian. I responded by sending the link to an essay I posted a bit over a year ago in response to a similar question from an atheist. Here’s what I said in that essay:

Despite my consistent self-description as a “person of faith,” I have been accused occasionally over the years, usually by various Christian colleagues, of actually being an atheist. I do take atheism very seriously, and have often written about how this has helped me understand and express my faith more effectively and clearly. I have regularly written on this blog about what atheists and persons of faith share in common and how they can communicate fruitfully and intelligently. 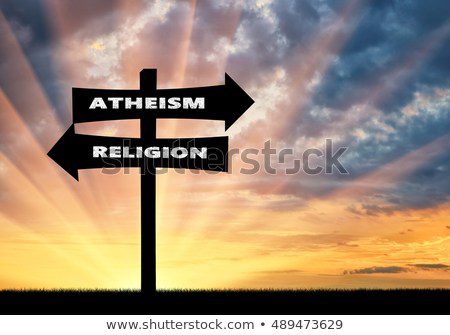 I recently received a lengthy and interesting comment on one of these essays; I responded, and an exchange began that I suspect will continue. The commenter identified himself as an atheist; his first comment included the following:

The subsequent conversation ranged widely, covering topics including whether atheism is a claim to belief or knowledge, what progressive Christians believe, how broad the tent of Christianity actually is, the nature of evidence, some of my many reasons why I am a person of faith, and so on. At times my conversation partner expressed a certain amount of frustration, wondering why I would bother with the baggage of Christianity when everything I was expressing as important to me is available without the baggage. In a later comment he asked

Fortuitously, a noted thinker from more than four centuries years ago showed up on the syllabus in one of my courses recently; his thought provided me with new ideas about my own situation. Blaise Pascal was one of the great mathematicians of the Scientific Revolution who, on November 23, 1654, had a powerful encounter with something greater than himself that changed his life. Pascal’s encounter has come to be known as his “Night of Fire.” He wrote a description of his experience down on a piece of parchment and sewed into his coat, where it was found after his death eight years later.

Pascal’s insight is that the problem here is not with the person of faith’s irrationality. Rather, the problem is the atheist’s refusal to accept that there are more kinds of evidence than rational and more sources of belief than reason. The source of the conviction of faith is what Pascal calls the heart, as legitimate a source of belief and evidence as are reason and logic. Pascal writes that

I’m quite sure that this will not satisfy my new atheist friend, who believes that he has heard all of this before. But he sounds not only like a smart guy, but also like a guy with a heart. For the time being, my best case for why I am a Christian is what I told him in response to his question about why I bother: 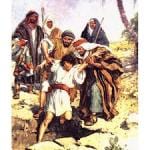 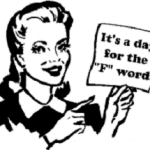 October 27, 2019 Non-Religious Faith: It's more common than you might think
Recent Comments
0 | Leave a Comment
"Hi Neil: Sorry that this comment got past me a few months ago--I came across ..."
Vance Morgan So You Want to be a ..."
"I wonder. It is easy to point to stupidity (in the sense meant here) and ..."
Neil Brown Stupidity On Display: Where do we ..."
"Thank you for your thoughtful insights."
Vance Morgan White Privilege on Parade
"cry baby."
Brandon Roberts White Privilege on Parade
Browse Our Archives
get the latest from
Freelance Christianity
Sign up for our newsletter
POPULAR AT PATHEOS Progressive Christian
1