What I Want, When I Want It

I was born into a world in which preference-expression was a highly evolved art form with the most important stakes imaginable. This high-stakes art form is called prayer. It has always been a mystery to me.

I have always claimed that a college professor’s teaching and research should feed each other and have tried to live that out, with occasional success. That teaching and research can be mutually supporting is a challenging enough idea for many academics. But supposing that the life of the mind, especially philosophy, and faith have much to say to each other is for many, from both the intellect and faith side of the claim, beyond the pale, simply because the intellect stereotypically is considered to be incompatible with faith. At best they can be separate rooms in a home, rooms between which no one ever passes. 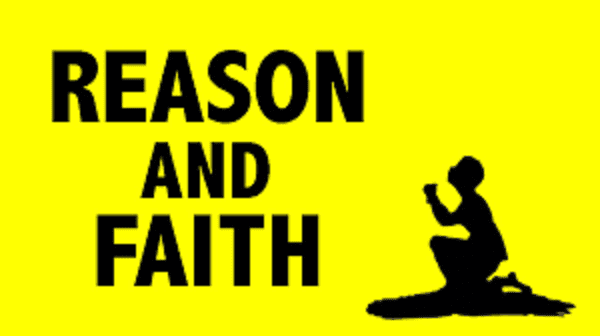 Imagine my surprise, during a sabbatical semester several years ago, when I discovered over several weeks of daily prayer and reading of the Psalms with a couple of dozen monks that the wall between my faith and philosophy room is illusory—that both my mind and my faith want to inhabit the very same space. Not to argue or play a game of one upmanship, but rather to get to know each other and become equally committed to helping the guy whose house they inhabit learn to live a coherent and integrated life. I have been regularly surprised over the succeeding years at what percolates to the surface from this collaboration of faith and intellect. But even I did not expect to learn something about prayer from working  on the faculty schedule in a large interdisciplinary academic program. As I began gathering materials over the summer for my next book project, I was reminded of just how difficult, annoying, and illuminating that process was when I directed this program for four years.

You can learn a lot about people by observing what happens when they are given the opportunity to express preferences about something. I went through the process of scheduling roughly eighty faculty into thirty three-person teams spread over three courses with two thousand enrolled students to take place during the next academic year four times—each year it became a bit more complicated, and that was my fault. One of the greatest faculty complaints over the more than twenty years that I have taught in this program is that the faculty had little to no say in whom we teach with or when. The process was as secretive as the wizard of Oz’s activities behind the curtain, with the faculty finding out the nature of two-thirds of their teaching load only when the schedule was made public as a fait accompli. You’ve been put with two colleagues with whom you cannot get along? Too bad. You’re lecturing at 8:30 on Monday morning with a seminar at 4:30 in the afternoon? Too bad again.

So when I became director, I pulled back the curtain on the process, just a bit, inviting faculty to suggest whom they would like to teach with and those they wouldn’t, as well as indicating their top three time slot preferences from the ten available in each semester. Promising only that I would “do my best” with their suggestions, the preferences began to roll in. Two pages of them, single spaced, the first year, increasing gradually each year to the five single-spaced pages I received the fourth year by the deadline, after which I pulled the curtain closed and began solving the thirty-six sided Rubik’s cube I had  created. I cursed my foolishness in pulling back the curtain several times over my time as director, but I do care (at least a little bit) about freedom of choice—this is what happens when you invite people’s preferences. They will tell you, sometimes in excruciating detail. And I learned a lot about my colleagues and about myself.

The last time around, I would guess that I received preferences from eighty to ninety percent of the faculty who would be teaching in the program the following academic year. Some expressed time preferences only, indicating that they did not care with whom they teach—just when. Others were exactly the opposite, clear about whom they wanted to teach with, but less insistent about when.The high-maintenance contingent (fortunately there were only a handful of them), told me not only their time preferences (“I prefer not to teach on Mondays, Fridays, or in the late afternoon . . .”) but also provided me with two lists containing ten or twelve faculty colleague names each, lists entitled “I would be happy to teach with . . .” and “I do not want to teach with . . .” Clearly these colleagues trusted my ability to keep confidences. These are the “I want what I want, when I want it” folks, an attitude that I once thought adults left behind in kindergarten.

Then there are the lowest of the low-maintenance colleagues (about the same number as the highest of the high) who say “I know how hard scheduling is, so put me where you need me with whomever you want.” I wanted to hug such people. It is no surprise that most of the persons who regularly told me this are former directors of the very program that I am now directing. They did know that the scheduling process weeks are the toughest weeks of the year. They understand from experience that sometimes individual preferences, although important and worth expressing, pale in comparison to what is best for everyone involved or simply what works. With the end of my program director days in sight, I occasionally wondered about the future. On the assumption that I would continue teaching in the program, and on the further assumption that the director who followed me would invite preferences, would I be high maintenance or low maintenance?

I was tempted, briefly, to be high maintenance just because I thought I’d earned it. But I didn’t do that, because lurking in the back of my mind was a nagging question: “Morgan, do you really think that your specific likes and dislikes are so disproportionately important compared to the rest of the universe’s interests that the lives of eighty people and two thousand students should be organized and manipulated just to make you happy?”

Apparently a few of my colleagues did think that their preferences are exactly that important, but I couldn’t pull it off with a straight face. Except perhaps as a joke played on the next director. At the same time, am I low-maintenance to the extent that I believe my preferences are so unimportant (because I really do have people I would prefer to teach with and times I would prefer to teach at) that they are not worth even expressing? My natural tendencies lean strongly in that direction, but that far?

The dynamic of preference expression and fulfillment expectation has been on my radar ever since I can remember, because I was born into a world in which preference-expression was a highly evolved art form with the most important stakes imaginable. This high-stakes art form is called prayer. Prayer was so important that it took up significant space in every Sunday church gathering. There was even a middle of the week evening meeting dedicated specifically to the fine-tuning and honing of the art form. God is the ultimate wizard behind the curtain, but the book we considered to be literally true includes many passages in which the wizard invites the reader to ask for things, to express her heart’s desire, to “call upon Me and I will answer you.”

Many of the prayers I heard as a child were detailed, extended laundry lists of things the pray-er wanted to have happen, a list that put the ones I received from my high-maintenance colleagues to shame. I learned to play the prayer game, but my heart was never in it. I observed that most of the preferences expressed were never satisfied and often wondered what the point of expressing always unanswered petitions was in the first place. Constitutionally I couldn’t do it simply because I wasn’t convinced I was important enough for God to push my wishes to the top of the divine to-do list.

But the other day I read in my morning Psalm reading that “the Lord takes delight in His people.” Over the years that has turned out to be one of the most welcome, yet shocking, lines in the Bible for me. If God is delighted in me, then perhaps God is not looking for me to be the lowest of the low-maintenance. My preferences matter, not because I have any particular insight into what is best, but because they are mine. I left the transactional God who might give me what I want if I beg or petition often or strongly enough behind in my childhood. I have no reason to believe that any given thing I ask for will happen.

But I do believe that there is something greater than me and I do believe that my input is invited by whatever that something greater is. Where I fall on the high to low maintenance spectrum with regard to prayer tells me little about God but it tells me a lot about myself. I may not be important enough to get everything (or anything) that I want, but I am important enough to say something. And perhaps be heard. 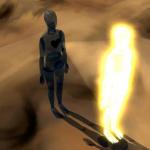 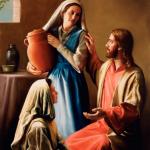