We Are On Our Own

In preparation for my next book project, a teaching memoir tentatively titled Nice Work If You Can Get It, I have been reviewing dozens of teaching-related posts on this blog from the past several years. 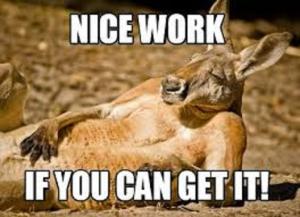 This one from 2017 strikes a chord that many people of faith will find familiar these days. By the time this posts, close to 100,000 Americans will have died of Covid-19, with no obvious end in sight. Each of those people were someone’s mother, father, brother, sister, parent, friend. Each had a unique history. People of faith traditionally ask “Where is God?” types of questions under such circumstances. Such questions don’t help. Please let me know in your comments what you find DOES help.

There are many aspects of the academic life that I love, but attending academic conferences is not one of them. Yet last weekend I found myself on an Amtrak Acela headed for a conference on Simone Weil, where I would be reconnecting with some friends and colleagues as well as presenting a paper (the last one of the conference, usually the third rail of such events). After a four and a half hour train trip to Philadelphia, then another half hour on the regional train to the conference hotel, I was ready for dinner.

My normal procedure would have been to take my laptop along and do a bit of paper grading, but both laptop and phone were in need of charging, so I headed to the on site restaurant on the main hotel floor with Annie Dillard’s Holy the Firm, the reading assignment for the final meeting of my “Beauty and Violence” colloquium early the next week. At seventy-five pages, Dillard’s book was the perfect companion for dinner. With no electronic distractions and fortified by three fine craft beers and two appetizers, I read Dillard’s striking text from cover to cover, once again blown away by her unique ability to push me to places where I would just as soon not go.

I have spent almost a full semester now with my “Beauty and Violence” students asking the “What the Sam Hill is going on here?” question of whatever or whoever is greater than us and presumably responsible for some of the random violence and tragedy that surrounds us. A little kid with her face burned off? WTF??? indeed.

Dillard’s struggle with how to even shape a meaningful and appropriate question is eloquent, disturbing, and relentless. How are faithful people supposed to seek relationship with a God who is apparently oblivious to such events? “Where was God?” is frequently asked, a question that Dillard answers with truth rather than faith or hope. “We need reminding, not of what god can do, but of what he cannot do, or will not, which is to catch time in its free fall and stick a nickel’s worth of sense into our days.” The truth of the matter, which the existence of  “flamefaced children” force us to confront, is that God does not appear to care.

I expect my “Beauty and Violence” students to have a lot to say about this text in class this afternoon. We

have worked hard all semester to challenge the traditional notions concerning God that are absolutely impotent when applied to Julie Norwich situations. Several authors have suggested that, for any number of reasons that are worthy of consideration and discussion, God is not omnipotent in relation to our world. Dillard nods toward such ideas throughout her work, including in Holy the Firm:

A God who creates out of love rather than power is limited in all of the ways that love places limitations on our actions concerning what and who we love. An intriguing possibility arising from alternative traditions in both Christianity and Judaism. But as my students and I have concluded regularly this semester, “We don’t know” is the most honest thing we can say when seeking to know the mind and intentions of the divine. And the follow-up, for persons of faith, is usually “Now what?”

As Dillard notes in the above passage, it appears that we clumsy, partially ignorant, well-intentioned but frequently failing human beings are how the divine gets into the world. And that, in many ways, is both empowering and worrisome.

This is why Dietrich Bonhoeffer, from his prison cell awaiting execution by the Nazis,  writes to his best friend that “that we must live as people who manage our lives without God.” Because no cosmic source of answers and solutions is going to sweep in and set things straight. We’re it. “There is no one but us.”

The next morning as a couple dozen folks partook of standard conference breakfast fare waiting for the paper-presenting festivities to begin, I chatted briefly with Tomeu, the president of the academic group hosting the conference. Noting the absence of two annual regulars, I asked “Where is Jane? Where is Larry?” Both were on the list of papers to be presented over the next couple of days, and neither had been missing from any of the dozen or more of these conferences I’ve attended over the years. “Oh, you didn’t hear what happened?” Tomeu replied—“Jane fell last week and broke several bones.” “That’s awful!” I said—Jane is in her late seventies/early eighties and is rather frail.

“And what happened to Larry is just terrible,” Tomeu continued.  Larry, one of the nicest people I have ever met, told me a year earlier about his beloved first grandson, showing me several photos of his pride and joy. Just last week, Tomeu said, Larry’s three-year-old grandson had choked on a marshmallow and could not breathe. By the time the marshmallow was dislodged, the child had been without oxygen for several minutes; in the hospital it became clear that he had suffered significant brain damage. The next day, Larry’s grandson died.

There’s nothing to say, other than “Oh my God.” You want to scream A F–KING MARSHMALLOW????, but in the end, no words are appropriate. I’ll tell this story to my students this afternoon, and Larry’s grandson will be the most recent example, joining Julie Norwich, of a “what the Sam Hill is going on?” complaint. It’s enough sometimes to turn one into an atheist. And yet here I, as I so often do, resonate with Annie Dillard—also from Holy the Firm. 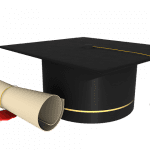 May 17, 2020
A Message to the Graduating Seniors: Survival is Insufficient
Next Post 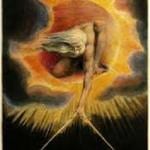 May 20, 2020 What if God isn't Perfect?
Recent Comments
0 | Leave a Comment
"I've been a widower for three years. I don't recommend volunteering for the "honor," but ..."
Jon Altman What is the Difference Between Solitude ..."
"When I found Barbara Brown Taylor's books, I immediately was drawn into a wonderful wordsmith ..."
Marti Don’t Put Jesus Back in the ..."
"What is all that supposed to mean?"
Eeyore Stalking the Elusive God
""How am I a different or better person because of these beliefs, even I cannot ..."
brmckay Stalking the Elusive God
Browse Our Archives
get the latest from
Freelance Christianity
Sign up for our newsletter
POPULAR AT PATHEOS Progressive Christian
1