A bit over a week ago at my brother-in-law’s wake, I spent several minutes chatting with my niece-in-law’s husband (which I guess makes him my nephew-in-law-in-law). He was sitting quietly in a seat in the back row of chairs while just about everyone else was working the room. It struck me that sitting quietly with Matt was a good idea. We often gravitate toward each other whenever Jeanne’s large family gathers together because we share something in common. We are both extreme introverts in a sea of extroverts. It’s an introvert survival strategy to step back and find a safe space where one can converse with fellow introverts and compare notes while observing extroverts in their natural habitat of noise and invading the space of others.

Matt mentioned his clear remembrance of the first time the two of us met. Several years ago between Christmas and New Year’s Day Jeanne and I were on Long Island for the joint birthday celebrations of two of Jeanne’s older brothers (both of whom have now passed). Twenty-five people, three generations of a boisterous, extroverted Brooklyn Italian family, lots of disturbance of the force and noise. At the time I had been been part of this family by marriage for about twenty-five years; I found myself sitting in the family room with a young guy who wasin a serious relationship with one of Jeanne’s nieces—his name was (is) Matt. Matt was new to this spectacle and had a bit of a deer-in-the-headlights look. I told him that I have survived these events for twenty-five yearsI’ because I learned early on that as long as you sit in the same place and don’t say anything, you’ll be fine. Not a difficult thing for an introvert.

I  knew intuitively that I am an introvert long before the Myers-Briggs personality test told me in my twenties that I am an INFJ, with a 19-1 leaning toward I (introvert) rather than E (extrovert). Those who know me well (or who read this blog regularly) know that my extreme introversion is something that not only defines me  but that I embrace happily. I get along fine with extreme extroverts, or at least a few of them (Jeanne, for instance); my own experience shows that it is more difficult for an extrovert to understand an introvert than it is for an introvert to walk a mile in an extrovert’s shoes.

It is not easy being an introvert in an extroverted world. Don’t believe me? Check out Susan Cain’s Quiet: The Power of Introversion in a World that Won’t Stop Talking. In a world in which extroversion is taken to be the norm, an introvert can easily be misread as aloof, superior, stand-offish, or rude (I’ve heard all of that). My introversion has been misread regularly since I emerged from the womb. It doesn’t help, of course, that my vocation is one that screams “ELITIST!” to many. I have been encouraged as a child, adolescent, and adult to be more outgoing, to be friendlier, to be easier to get to know. And it hasn’t worked. Why? Because I don’t want to. It’s not that I enjoy being a snob, aloof, or having a superiority complex. It’s that I enjoy my introversion, which regularly sets me up to be misunderstood. 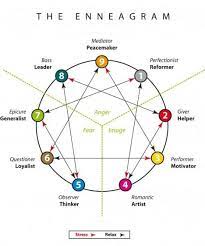 Many of the people whose books I’ve read and whose podcasts I’ve listened to over the past couple of years are obsessed with their Enneagram number, almost a if one’s place in the spiritual Kingdom of God is specified by the results of one’s Enneagram test. Although I’ve always been a Myers-Briggs guy, I finally decided to take an Enneagram test a couple of weeks ago. The questions were more specific and nuanced than I remember the Myers-Briggs test being. But the results were not shocking. I am an Enneagram 5, “The Thinker.” Big surprise. In second place was 4, close enough that I, more specifically, am an Enneagram 5wing4, which is known as—wait for it—“The Philosopher.” Really. The fix is in.

According to my results, the following are typical of 5w4s:

Some 5w4 weaknesses (if there are any) are

I could quibble with some of these while admitting that others are dead on; it’s probably best to simply say that I have generally been nailed by the Enneagram.

I remember several years ago when I read a Travel and Leisure article called “America’s Snobbiest Cities.” Included in the list were several cities that I have a personal connection with:

I posted these results on my Facebook page, reveling in the revelation that four of the cities to which I have direct connection made the top ten.

After thinking further about the “Snobbiest Cities” poll, I realized that Boston (#3) is my favorite big city, I married a New Yorker (#2), and did my BA in Santa Fe (#5). And I have lived and worked happily in Providence (#8) for more that two decades! What does that say about me??

I found the range of Facebook responses concerning the confluence of snobbiness in my life to be amusing, primarily because there was no agreement amongst the commenters as to whether snobbiness was a good or a bad thing. One person said, “Don’t worry, I’m sure you’re not a snob,” while another congratulated me on having a long history of snobbery. Bottom line, I think, is that while all of us look for ways to separate ourselves from the crowd; not everyone does it overtly. But under the surface, lines of division and hierarchy are always being drawn.

I admit it—I’m an introverted, overly educated, bibliophilic, solitude-loving, liberal Northeastern snob. But stop pretending that you aren’t a snob of a different description as well. Let’s all embrace our inner snob (you know he or she is in there) and enjoy knowing that the vast majority of human beings are inferior! You know they are! 😉 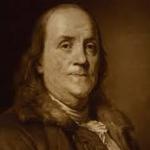 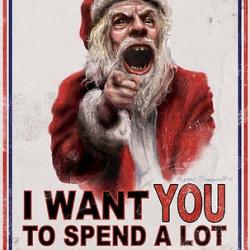 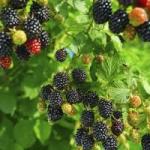 What Is the Bible? Part 1
Series: The Big Questions There are a variety of attitudes about what...
view all Progressive Christian blogs
What Are Your Thoughts?leave a comment