What Progressives Can Learn From A Professional Wrestler

It was the middle eighties, a great time for the theater of professional wrestling. Each of us had our favorites. I appreciated “Nature Boy” Rick Flair, Justin loved “The Boogie Woogie Man,” while Caleb loved the tag team “The Midnight Express” so much that he named our two kittens “Midnight” and “Express.” I made a half-hearted effort on occasion to remind the boys that professional wrestling is “fake sports,” even though the athleticism required for some of the best moves is impressive. But most often we just enjoyed the outrageous interviews, the hatred regularly expressed between the good guys and the bad guys, and the posing for the camera. Given that our current President has dabbled on occasion in the professional wrestling world, as he reminded us this past weekend, it is not surprising that our current political situation reminds me a lot of Saturday mornings with the boys. 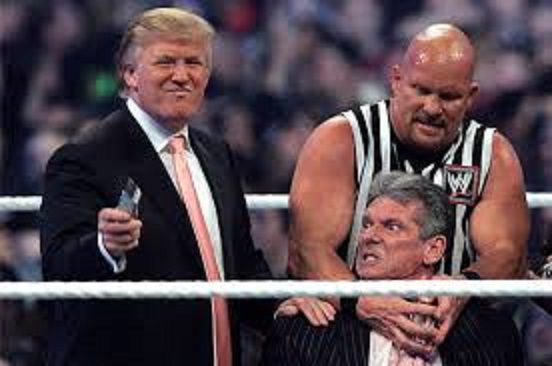 Much of professional wrestling is all about marketing—everyone needs a tag, a persona, a made-up story to act out in interviews and in the ring. I laughed aloud this past weekend as I found out, first on NPR’s “Wait, Wait, Don’t Tell Me,” then on several online sites, about Don Richards, The Progessive Liberal,” a wrestler in the semipro Appalachian Mountain Wrestling league who has become the villain that wrestling fans in deep red state eastern Kentucky and neighboring West Virginia love to hate. 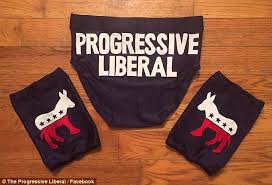 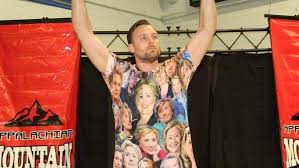 Since then Harnsberger has upped the ante, wearing a t-shirt sporting a collage of Hillary Clinton pictures or saying “Not My President,” paired with wrestling shorts that say “Progressive Liberal” on the back. In the tradition of wrestling heels, he seeks to rile the deeply red-state crowd with taunts aimed at topics ranging from their love of coal to their obsession with guns. “We all know that country music is slow and boring.” “Why do you keep electing people who don’t care about your interests?” “I want to exchange your bullets for bullet points. Bullet points of knowledge.” He calls his finishing move “The Liberal Agenda,” as in “Oh, he hit him with his liberal agenda!”

The Progressive Liberal raises a stir and a lot of pushback at each venue where he wrestles, from high school gyms to larger arenas. In an interview with Sports Illustrated (SI.com), Harnsberger said that “Apparently people on a regular basis come up to Kyle, the promotions guy, and Nathan, our announcer, and other guys that live there in Kentucky and ask about “the liberal” or have not-so-nice things to say about me. It got to the point where there was one town where I was set to wrestle—and I did wrestle there—where one guy said, “If that guy shows up, I’m bringing a gun.” The quote was, “If that f—ing Liberal comes here, I’m gonna bring a gun.” My dad was terrified, but I’m just not. I guess I should be, but I’m just not.” His routine has begun to get national attention in the last couple of weeks, including interviews with NPR, Deadspin, The Washington Post, the BBC, and Salon.

Although he has created one of the most effective wrestling personas in recent memory, Harnsberger insists that his Progressive Liberal shtick is not a persona or an act—he really is a progressive liberal. He was a Bernie Sanders supporter and voted for Hillary Clinton last November. He thinks that his fellow progressives might just learn something from his “in your face” routine. “I wish Democrats would be as unapologetic as Republicans are. I wish they would just not worry about looking partisan and just do what they think is best. I don’t think they need to lie and cheat and gerrymander like Republicans do. But just be unapologetic with your policies and who you are.” 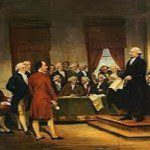 July 3, 2017
Patriotism and the Art of Compromise
Next Post 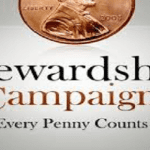