This is What You are Afraid of

In an early, first-season episode of The West Wing (the best television show ever), presidential speech writer Sam Seaborn is attracted to Mallory, a fifth-grade teacher who happens to be the daughter of White House chief of staff Leo McGarry. 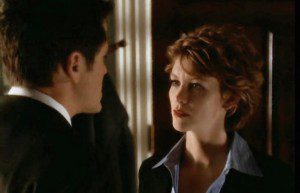 Sam has managed to offend Mallory unintentionally, and wants to let her know what he really thinks about teachers.

Mallory, education is the silver bullet. Education is everything. We don’t need little changes, we need gigantic, monumental changes. Schools should be palaces. The competition for the best teachers should be fierce. They should be making six-figure salaries. Schools should be incredibly expensive for government and absolutely free of charge to its citizens, just like national defense. That’s my position. I just haven’t figured out how to do it yet.

From your words to God’s ears, Sam. If teachers ruled the world . . .

I have taught for over a quarter-century as a non-Catholic at a college run by the Dominican Catholic order. I’ve raised eyebrows on occasion with my students by telling them that I consider teaching to be a vocation, a calling, in much the same way that the Dominicans walking around campus in their white robes believe themselves “called” to be priests. I did not know that I was born to be a teacher until I became one—I’m one of those immensely fortunate people who, if independently wealthy, would do what they do for a living for nothing (don’t tell payroll at my college). 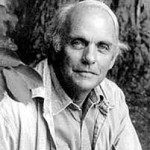 on, Frederick Buechner writes that “the place God calls you to is the place where your deep gladness and the world’s deep hunger meet.” The classroom is where the divine is most likely, against all odds, to occasionally enter the world through the very flawed and cracked vehicle called “me.” Sometimes it actually happens.

A bit over a year ago, I spent the last two weeks of the semester running half-hour oral final exams with sixty-four of my students from three of my classes. These oral exams are time consuming, exhausting, and a complete joy. Many of my colleagues, as well as most of my non-academic friends and acquaintances, think I’m insane to inflict such torture on myself when I could do the more traditional thing and have my students write their final an a two-hour blue book event.

But I learn more about what each student has learned, what they don’t know, and what they will take from the class from a thirty minute conversation than I ever could in any amount of writing under pressure. One set of orals was for the students in a colloquium that I taught  for the third time with a close friend and colleague from the history department. The colloquium was “‘Love Never Fails’: Grace, Truth, and Freedom in the Nazi Era.” The conversations were revealing, sometimes touching, and often wandered in unexpected and interesting directions.

One of the last oral exams of the week was with a student whose performance throughout the semester had been solid—steady seminar participation (despite obvious introversion), regular commitment to weekly intellectual notebook entries, a strong formal paper, and perfect attendance. 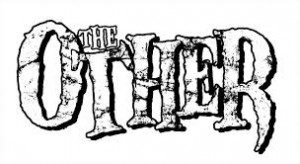 This student is part of a demographic that is viewed by many people with mistrust, suspicion, often even with fear. This demographic is, for some, the very definition of the scary “Other.” At the end of the half hour, the student handed my colleague and me each a small envelope with our name on it.

Both of us have been teaching for many years and are used to occasionally receiving thank you notes from students at the end of the semester. The envelope was kind of thick—“Maybe there’s money in it!” I said. I read the folded note inside the card at lunch. With only a few edits to remove identifying characteristics, here’s what I read.

From the bottom of my heart, I thank you so much for teaching this course. I am very grateful that I was able to be a part of your class because it truly changed my outlook on life, and my life in general. Before enrolling in this course, I wanted to take a class that would be meaningful especially in a changing political climate filled with hate. I told myself that I wanted to learn how it was possible to still have hope in such a horrible time. That’s what I told myself, but really I wanted to know why people were filled with so much hate, hate for me. . . . I want you to know the impact that you each had on my life. Thank you for teaching the rest of my peers how I am often excluded from people’s moral communities, bringing me into your moral community, and acknowledging that I am human too.

This course, although it showed what length hate can go to, taught us how much more powerful love is. That love conquers all, that there will always be people willing to help, people who love, and people who care. People like yourselves, who advocate for people like myself. Before this class, I was faithless because I always struggled to believe in a God and Christianity. But I must admit, you taught me to have faith, something that I had never known before. A unique faith, but one which has made the most sense to me. A faith rooted in love and justice and one that is rooted in the message of Jesus Christ. You taught me that suffering is a part of life, but that suffering has an end. There is no suffering which I cannot bear. You taught me that an afflicted person will always have a part of their personhood that can never be taken away from them. You taught me not to hate those who hate me. You taught me to see beyond good and evil. In all this I realized that hate is inevitable and even the people with the best intentions can be blinded by it. However, in reality people are good at heart. You most importantly taught me tools to resist hate and help others who fall victim. I will always remember this class. Thank you for being more than professors, you were truly healers.

And that, my friends, is why I am a teacher. 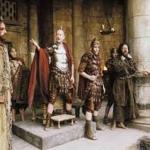 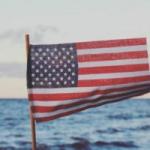 June 23, 2018 Is America a Christian Nation? Should It Be?
Recent Comments
2 Comments | Leave a Comment
"why do you tie everything to race, these men were possessed by real evil angels, ..."
Frank Holzhauser What it Truly Means to be ..."
"I did not appreciate my parents well when I was young. The gift they gave ..."
Trisha The Dangers of Cognitive Immorality
"It is just too damn bad that being confronted with blatant racism makes some folks ..."
Judgeforyourself37 The Dangers of Cognitive Immorality
"Thank you. I have what I call my mystery basket, where I try to lay ..."
brassyhub Silence: The Best Answer to Prayer
Browse Our Archives
get the latest from
Freelance Christianity
Sign up for our newsletter
POPULAR AT PATHEOS Progressive Christian
1