When God Doesn’t Meet Our Expectations

What would you call a friend who is as unpredictable as the weather, who shows up unexpectedly behind the scenes to arrange things in your favor on occasion but who never seems to be around at crunch time? What is the right word to describe an acquaintance who you are sure can help in difficult situations and never is available, but who also has just the right word or advice when you are least expecting it? Unreliable? A godsend? Disappointing? 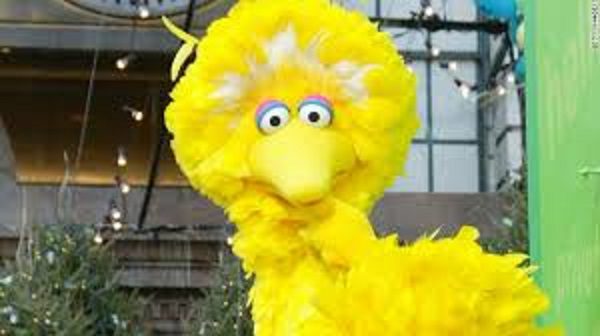 I just call her Big Bird. Once many years ago, when Jeanne joined my two young sons and I in a new “blended family”—it’s definitely a good thing that one doesn’t know what one getting into when one makes such decisions—she referred to the Holy Spirit as “Big Bird.” It was a brilliant move on her part, locking into the imagination of a six and a eight-year-old accustomed to regular doses of Sesame Street an unforgettable image of the divine. My sons are now in their thirties, and the name my family uses most frequently when referring to “what is greater than us,” specifically the Holy Spirit, still is Big Bird. We have shared the nickname with many friends over the years and it seems just random and strange enough to fit.  Big Bird was the central topic of conversation at a memorable lunch that Jeanne and I had with a friend once, a conversation in which we compared notes on divine randomness.

As the agreed upon time for lunch with our friend Marsue came and went and Marsue did not arrive, I asked Jeanne “should I give her a call?” We were meeting in an unfamiliar part of town at a restaurant none of us had eaten at before–Sam’s Inn—an establishment chosen on the recommendation of a friend, and because it is relatively close to where Marsue was dropping her husband Robin off for a VFW lunch that she was happy to escape by hanging out with Jeanne and me. Answering on the fourth ring, Marsue said she was running late and had just dropped Robin off. As I helped her try to figure out how to get from her current location to the restaurant, she hung up. Oh well, I thought—if she doesn’t show up in ten minutes I’ll call her back and give the phone to the waitress or hostess to provide directions.

Five minutes later, in walked Marsue with a story. When I had been talking with her on the phone, she was buzzing through a school zone at least twenty miles over the posted speed limit trying to make up lost time. She met a town cop coming the other way, he did a U-turn with his lights on, and soon she was sitting on the side of the road with a police officer approaching her window. “You know why I pulled you over?” he asked; “I know, I’m was going too fast. I’m late meeting friends for lunch at Sam’s Inn, and I’m not sure where it even is. Can you help me out?” Switching quickly from law enforcement to GPS mode, the officer assured her that she wasn’t far from the restaurant and gave her directions, ending with “please be careful with your speed—this is a school zone.” He didn’t write her a ticket.

As we caught up on each other’s past few weeks, a common theme emerged—unexpected challenges that have upset our apple carts of plans. I was in the early months of a year-long sabbatical, which so far had been built around getting into the best shape of my life on my new bicycle–until I tipped over and broke my ankle. Jeanne was “celebrating” one year of unemployment that day; other than a welcome eight weeks of work in August and September, the job applications of a highly qualified and experienced professional had been met with the sound of crickets chirping. Marsue, a supposedly “retired” Episcopal priest, was trying to figure out what’s next. All three of us are dedicated persons of faith—none of us had a clue as to what God might be thinking. But then there are little incidents like Marsue’s with the policeman—if you’ve been doing this faith thing long enough, you will be able to tick off any number of situations like that. Instances where, out of the blue, something gratuitous reminds you that something bigger is going on.

As if on cue, Jeanne offered another example of divine randomness. At the time, we were counting our dollars more carefully than usual because of her unemployment, so when she found an online class on healing that she wanted to take, she wasn’t sure where the $350 course fee was going to come from. Until she remembered that for a while she had been squirreling away extra money here and there, including the money she received in cards for her birthday, in an envelope in the hutch cabinet (she calls it a “breakfront”—a Brooklyn thing, I think). Her remembrance was that there was $325 in the envelope, and obviously we could find the extra $25 somewhere (I could lay off Dunkin’ Donuts for a couple of weeks, for instance). Upon further investigation she discovered that in addition she needed to purchase $35 of text books, pushing the total to $385. So now an extra $60 was needed. Upon checking the envelope, Jeanne discovered not the $325 she expected but—you guessed it–$385.

I know, normal human beings are inclined to call such events “chance” or “coincidence.” But the three of us around the table that afternoon at Sam’s Inn have long experience with what the poet Kilian MacDonnell calls “Our preposterous God with a preposterous love.” I noted that this is so typically Big Bird. She can unexpectedly fund an online course perfectly but seems incapable of finding Jeanne suitable employment. She sends Marsue directions to the restaurant by way of a policeman who has stopped her for speeding. She can fill my days and weeks with all sorts of intimations of holiness and yet is too busy to prevent my ankle from being broken when my bicycle harmlessly tips over with me on it. The life of faith I am familiar with has as many WTF?? moments as periods touched by grace. This is a constant reminder that God does not work according to our expectations.

Looking back, I realize that “things worked out.” My ankle healed, my sabbatical was successful, and only an occasional twinge reminds me that my ankle ever had a problem. Jeanne’s unemployment continued for a while longer, but she now has a full time position that suits her perfectly. Marsue eventually took a “temporary” position at a little Episcopal church that badly needed someone exactly like her. I need to learn how, in real time, to recognize apparently bad news as part of the gospel’s good news, news that seldom reveals itself as we expect. 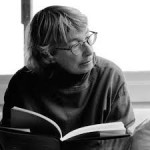 Mary Oliver’s poem “I Go Down to the Shore” captures it perfectly.

I go down to the shore in the morning / and depending on the hour the waves / are rolling in or moving out, / and I say, oh, I am miserable, / what shall— / what should I do? And the sea says / in its lovely voice: / Excuse me, I have work to do. 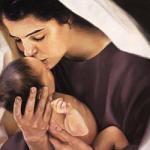 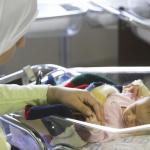 December 28, 2017 The Poorest Deserve the Best
Recent Comments
1 Comment | Leave a Comment
"Seems like this has something to do with the way we are now battling over ..."
jekylldoc Ah Yes, I Remember It Well ..."
"Defining "flourishing" is not a useful exercise, but even so I have the feeling that ..."
jekylldoc What Kind of Person Do You ..."
"He often Whispers to me I'll never leave you or forsake you there is a ..."
charlesburchfield When God Is Silent
"Another thing that casts out fear is rational risk assessment. Our horrific mass shootings are ..."
Illithid Perfect Love Casts Out Fear–or so ..."
Browse Our Archives
get the latest from
Freelance Christianity
Sign up for our newsletter
Books by This Author Books by Vance G. Morgan

The Peripatetic Preacher. 3rd Sunday After Pentecost June...
When moving through the long and rich narratives concerning Samuel, Saul, and...
view all Progressive Christian blogs
What Are Your Thoughts?leave a comment
Copyright 2008-2021, Patheos. All rights reserved.
error: Content is protected !!