When it Comes to Prayer, Stop Talking and Start Relating

When it Comes to Prayer, Stop Talking and Start Relating January 26, 2019 vancemorgan

One of the most fascinating and troubling verses in the Jewish scriptures is from the book of Proverbs: It is the glory of God to conceal a thing, and the glory of kings to search it out. I, as many people of faith, have often wondered why the divine is so apparently unavailable, so frequently silent. I, as many people of faith, have often assumed that this silence is my fault—especially since various people in my life since my youth have claimed that God speaks to them on a regular basis. The divine, in my experience, has always been elusive, showing itself just often enough in oblique and enigmatic ways to verify that the quarry I am stalking actually does exist. 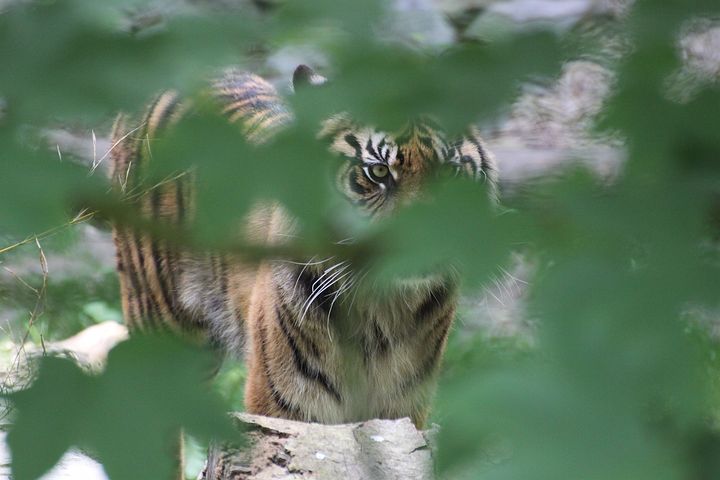 This choice is not random, nor do I make it without evidence. In response to those who argue that the lack of objective evidence establishing God’s existence definitively counts against God’s existence, I often say that the best evidence for the existence of God is a changed life. And in my life, I am the judge of that. In the gospels, a blind man whose sight has been restored by Jesus is told by Jesus’ enemies and critics that the man who healed him is a sinner. “Whether he is a sinner or not, I do not know,” the formerly blind man replies, “but this I do know. I was blind, and now I see.” An encounter with the divine leaves a mark, indelible traces with transformational permanence that no amount of silence can erode.

“It is the glory of God to conceal a thing, and the glory of kings to search it out.” Over many years of struggle, I’ve come to believe God’s hiddenness and silence is not a symptom of God’s displeasure, shyness, or non-existence. Rather, these are central features of how God chooses to be with human beings. Searching, listening, and waiting are all good for us. They remind us that there are many more avenues of communication than words and that we have more ways to reach toward God than our voices and practices.

As I write these words, I am on retreat, away from home and out of immediate contact with Jeanne. Although there is a part of me that misses her physical presence, on the deepest level I do not miss her at all. She is with me, a silent companion in everything I do, whether I consciously am aware of her or not. Presence does not require anything physical. I know she is with me as I hope she knows I am with her, even with miles between us. Lauren Winner calls this “the closeness of invisibility,” an intimacy that knows no distance. Sometimes closeness requires no words; silence is more appropriate. A friend once observed that Jeanne and I are “home” for each other—and this sort of home is not defined by space or time.

This is the sort of intimacy that silence can create between a person and God as well. Although God is God and we’re not, it is worth remembering that God’s signature move when seeking to connect with human beings was to become human. This means that seeking to understand prayer in terms familiar to us from intimate human relationships is not a mistake. If silence and absence are inescapable parts of intimate human relationships, then it should not surprise us that they are also central aspects of human relationships with God. An elusive and silent partner in a relationship is not an abstraction or imaginary, any more than Jeanne is imaginary because she is not physically present.

It is worth noting that an intimacy in which silence plays an important role takes time to cultivate. For many of the thirty-plus years that Jeanne and I have been together, her work has required her to travel extensively or to live away from home—sometimes both. When this first began in the early years of our relationship, I found it difficult to adjust to. When Jeanne was on the road, we would arrange a daily time when I would call her and we could “touch base,” even if all touching base meant sometimes was for each of us to provide the other with a brief and boring summary of their work day.

I vividly recall the first time I called her at the appointed time and there was no answer. I was distraught, annoyed, then worried. “Where could she be?” I wondered. “What’s going on? What could she be doing?” It took me some time and a number of unanswered calls to realize that I was acting as if the meaning and purpose of Jeanne’s whole existence was to be accommodating to me. I presumed that nothing was more important in her life than talking to me, that nothing could possibly come up at the appointed time that was more important than my expectations. Over time and as our relationship (and I) matured, I realized that control and relationship are incompatible. We still phone, text, or both most every day when we are not together at home, but my days of suspecting the worst when things don’t work out the way I planned ended a long time ago.

Similarly, a mature attitude about the possibility of relationship and communication with what is greater than us includes not expecting that God will act, respond, or behave according to our expectations. No real human relationship is fully predictable, and neither is one’s relationship with God. All relationships change, whether with another human being or with the divine. Jeanne’s and my relationship has changed significantly over the years, often under great stress and pressure. There were no guarantees that it would last—often it survived simply because we chose for it to do so. When God is silent, a similar commitment is often required. Something valuable is going on here; when what I am used to no longer works, it may be a harbinger of change, growth, and increased relational depth. And this is a good thing, because if there is any constant in the life of faith, it is that it is always changing. As Christian Wiman writes,

Even the staunchest life of faith is a life of great change. It follows that if you believe at fifty what you believed at fifteen, then you have not lived—or have denied the reality of your life.

Sometimes the best thing to do is to stop talking. The deepest truths are often those that cannot be said. We will always seek to capture the mysterious and ineffable in words, and in so doing will effectively remove the mystery. According to Barbara Brown Taylor,

God’s silence is a reminder that prayer is not the answer, as some like to say; rather, prayer is the questions, the doubts, the fears, the struggles—and sometimes, the silence. God’s silence opens a space for listening, not for answers but for wholeness. An elusive God is not an abstraction; indeed, a new kind of closeness and intimacy now arises, one that is not available as long as I believe that God and I are inseparable best friends. 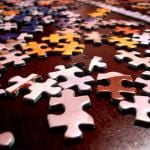 January 24, 2019
Creating the World in the Classroom
Next Post 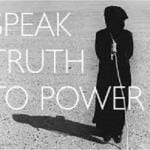 January 29, 2019 "You are the Man": Speaking Truth to Power
Recent Comments
0 | Leave a Comment
Browse Our Archives
get the latest from
Freelance Christianity
Sign up for our newsletter
POPULAR AT PATHEOS Progressive Christian
1