My novel of the week is Rebecca Goldstein’s The Mind-Body Problem. I first encountered Goldstein over the past few weeks when I plowed through her most recent work, Plato at the Googleplex, a creative and insightful insertion of Plato into various twenty-first century venues in an attempt—successful—to establish that the timeless questions of philosophy remain as relevant today as they were in the days of Socrates. The book came highly recommended from the President of my college who also is a fine philosopher—I’m grateful for the heads up. The Mind-Body Problem is Goldstein’s earliest work of fiction (from thirty years ago); something tells me that there’s a lot of autobiography in it. Renee Feuer is a brilliant graduate student in philosophy at Princeton (where Goldstein earned her PhD in philosophy) who at a party meets, then subsequently marries, Noam Himmel, a world-renowned mathematician who made his name in the field at the age of twelve. Academic high jinx ensue of the sort that can only be fully described by an academic and probably only fully understood and appreciated by other academics.

I’m enjoying the story immensely, but wonder to what extent my enjoyment might be that of an insider.

Chapter Five (“Reality”) might be a test case. Packed into thirty-five pages are a spirited debate between Renee’s best friend Ava (a physicist) and Noam about the nature of logic and what is real, a fine overview of the mind-body problem and what’s at stake in its various proposed solutions provided by Renee, a depressingly accurate description of what it is like to try to find a job at the annual

American Philosophical Association Eastern Division convention, a neat schematic fitting Descartes in relation to his philosophical heirs Spinoza and Leibniz, a brief foray into the mind-numbing world of linguistic analysis and logical positivism, and a quick overview of Noam’s favorite philosophical argument: “Himmel’s Proof for the Nonidentity of a Person with His Body.” “Reality” touched base with areas in philosophy that I used to be smack in the middle of but have strayed away from over the years. But I loved it—it felt like I was back in some of my graduate seminars at Marquette and enjoyed remembering some of the philosophical issues—particularly Descartes and the mind-body problem—that sucked me into the philosophical vortex so many years ago. A great way to spend an hour waiting for my delayed plane to Toronto at Logan Airport.

I suspect, however, that my enjoyment of this novel would not be shared by some, perhaps most, of the literate novel-reading public. Many would find “Reality” mind-numbingly obscure and insufferably boring. I know this because my lovely wife is one of these “many.” As shocking as it may seem, not everyone gets pumped up by philosophical puzzles and arguments about whether idealism, materialism, or dualism provides the most reasonable approach to the mind-body problem. I

have been teaching philosophy for twenty-five years and take great pride in my ability to seduce even the most recalcitrant philosophy-phobes into my world. But not everyone has what I call the “philosophy gene.” Some people just don’t get the point—or they do get the point and find it to be about as interesting and stimulating as watching paint dry. My suspicion is that most people are inclined genetically either toward or against academic philosophy. Chapter Five of The Mind-Body Problem would be a good test for the philosophy gene. If the neophyte makes it through the chapter intrigued and fascinated (even if she doesn’t “get” all of it), she’s a philosophy major in the making. If she doesn’t make it past the first couple of pages before glazing over, she isn’t.

Well that was not very nice. What follows is a verbatim transcription of my back-and-forth with this guy (note, please, that I care more about spelling and sentence structure in my Facebook communication than he does).

Please note that even though “Appeal to Authority” is considered to be a logical fallacy, it is not included in the “Ten Commandments of Logic.” Furthermore, when the authority cited is me, it is not a fallacy at all. 🙂

But to be honest, my initial and continuing attraction to the strange and wonderful world of philosophy has little to do with logical rigor. Rebecca Goldstein expresses it well. The process of philosophy always reminds me of fireworks. One question is shot up and bursts into a splendorous many. Answers? Forget answers. The spectacle is all in the questions. 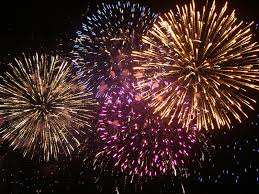 June 24, 2015 There are More Things In Heaven and Earth . . .
Recent Comments
0 | Leave a Comment
Browse Our Archives
Follow Us!