Why I Am Done Trying to Prove the Existence of God

Why I Am Done Trying to Prove the Existence of God March 17, 2019 vancemorgan

If you think you understand it, it is not God.  Soren Kierkegaard

In Marilynne Robinson’s Pulitzer Prize winning novel Gilead, Reverand John Ames (one of my top five favorite characters in all of fiction) frequently expresses doubt concerning his faith, something unexpected in a Congregational minister, at least in some circles. In the middle of the novel, Ames spends a few pages considering doubt and uncertainty in one’s faith within the context of challenges from non-believers to “prove” that God exists. Concerning such challenges, Ames reflects that

I must have told them a thousand times that unbelief is possible . . . And they want me to defend religion, and they want me to give them “proofs.” I just won’t do it. It only confirms them in their skepticism. Because nothing true can be said about God from a posture of defense.

I teach philosophy for a living. When philosophy and faith/religion intersect, that intersection is often framed in terms of “proofs for the existence of God”—many Philosophy of Religion courses are organized entirely around such rational proofs. Over my more than twenty-five years as a professor, I’ve come to think that Ames’ attitude about such proofs is exactly right.

There is always an inadequacy in argument about ultimate things . . . So my advice is this—don’t look for proofs. Don’t bother with them at all. They are never sufficient to the question, and they’re always a little impertinent, I think, because they claim for God a place within our conceptual grasp.

I had the opportunity a few days ago to be the speaker at the first of four Tuesday Lenten “Coming to Faith” gatherings at the Episcopal church I attend. People in attendance know me well; several of them are regular participants in an adult-education seminar that I lead once a month after the 10:00 Sunday morning service. I spent thirty minutes giving what, in the Baptist world I grew up in, would have been described as a “testimony,” an account of “what God has done for me lately.”

In my case, it’s a story that begins with my breathing a conservative, evangelical Protestant atmosphere from the moment I was born, a story that continues today, sixty-three years later, still under the Christian tent, but in a much different place and closer to the edge of the tent than where I started. I enjoy hearing other people describe how they became the person of faith they are today (or perhaps no longer are), so I also enjoyed following a few threads of my own journey with friends and fellow journeyers. I write about this all the time on this blog, but it was a bit of a challenge to condense this coherently.

And that’s not surprising, because a person’s faith journey is no more reducible to bullet points or sound bites than the presumed goal of that journey, relationship with what is greater than us. I framed the second half of my talk around a question a good friend asked me almost thirty years ago. I was a newly-minted PhD in philosophy; she also knew me to be (or at least trying to be) a person of Christian faith. “Vance, how can you be a philosopher and Christian at the same time?” she asked.

I don’t recall how I answered her—I’m sure it was entirely inadequate to the seriousness of her question, perhaps even a bit dismissive (as newly-minted PhD’s can be). But her question has haunted me in a productive way ever since. I am an academic and a college professor; I am also seeking to be a follower of Jesus. Can this be done without cheating on one side or the other? If there’s any one theme that is central to the almost seven years of this blog, it is contained in my friend’s question from thirty years ago. How do my intellect and my faith, my brain and my heart, work together to create me?

During the Q & A after my presentation, someone asked “How would you answer your friend’s question if she was here today?” After a moment’s reflection, I said I would respond that “I am the answer to your question. I am Exhibit A that one can be a Christian and a philosopher at the same time.” And I don’t intend that in a hubristic or prideful way. I mean to say that the only way to answer such questions is with an observed life—no logical argument will ever get close to a satisfactory response. As Reverend Ames says, proofs “are never sufficient” to such questions. I followed my response with a claim that I make often on this blog—the best proof for the existence of God is a changed life. I was in one place, I find myself many decades later in a very different place, and the only coherent account I can give of how I evolved or journeyed from there to here involves God. Sometimes in opposition, sometimes is apparent solitude and silence, frequently doubtful, often hopeful, never certain, but always involving something greater than me.

I’m currently serving as an outside reader and evaluator on a manuscript that a colleague and scholar in an area of philosophical expertise that I share has submitted to a major academic publishing house for review and possible publication. In a middle chapter of the manuscript, the author quotes Hebrews 11:1, a text that I often use in class as the jumping off point for a discussion of the nature of faith: “Faith is the substance of things hoped for, the evidence of things not seen.”

The author of the manuscript then points out that to develop a discussion of faith, the author of Hebrews does not follow this verse with further arguments and definitions. Instead, the author turns to familiar examples of what faithful people did in this world. Abel, Enoch, Noah, Abraham, Sarah, Isaac, Jacob, Joseph, Moses, and more—faith is understood by seeing what it looks like in action, not by proofs and arguments. According to the author of Hebrews, the existence of what is not of this world is seen in what men and women do in this world. As Simone Weil wrote, “Earthly things are the criterion of spiritual things.”

If I have learned anything about faith in my more than six decades, it is that, as a living thing, faith is not reducible to the categories of argument, proof, or (sometimes) even logic. I read something in Robert Harris’ novel Conclave this morning while on the exercise bike that resonates strongly with this. The cardinal appointed to give the homily at the mass just before a conclave to select a new pope shocks many in attendance when he describes his hopes for the new pontiff:

One sin I have come to fear more than any other is certainty. Certainty is the great enemy of unity. Certainty is the great enemy of tolerance . . . Our faith is a living thing precisely because it walks hand in hand with doubt. If there was only certainty, and if there was no doubt, there would be no mystery, and therefore no need for faith. Let us pray that the Lord will grant us a Pope who doubts, who sins and asks forgiveness, and then moves on.

Certainty without doubt has been the argumentative gold standard for centuries in logical arguments, and such arguments have their place—but not in the life of faith. A lived example is far more convincing. 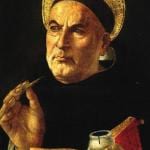 March 13, 2019
My Love/Hate Relationship with the Fourth Member of the Trinity
Next Post

March 19, 2019 God Said It. I Believe It. That Settles It.
Recent Comments
0 | Leave a Comment
Browse Our Archives
get the latest from
Freelance Christianity
Sign up for our newsletter
POPULAR AT PATHEOS Progressive Christian
1