Why Men Should Be Pro-Choice, and other obvious truths

I have been involved with the planning of an important on-campus event ever since early June. I wrote about that event and what we on the planning committee hoped it would accomplish a few weeks ago.

That event took place last evening, in front of a packed venue with 400+ students, faculty, administrators, and staff in attendance. I was originally supposed to be the moderator of the discussion, but ended up being one of the four panelists. I will be writing in some detail about the event after a few days have passed. For today, here’ s what I said during my six opening minutes as a panelist presenting a pro-choice position.

I want to first thank Father ____ for his vision and courage in organizing this first in a projected series of important discussions on challenging and complicated topics. Thank you to my fellow panelists, to our moderator, as well as Drs. ____ and _____, who have been hard-working and leading members of the planning committee from the outset early this past summer.

My pro-choice stance on the abortion issue is shaped by values that have, over more than six decades, been informed by my experiences, my faith, and my vocation as a philosophy professor. But I’d like to begin with something that, among all the panelists this evening, is unique to me.

You may have noticed when observing the members of the panel this evening that, to borrow a trope from Sesame Street, “one of these things is not like the others, one of these things just doesn’t belong.” That would be me. I am male. And because I am male, I believe that the only coherent and supportable position I can take on the abortion issue—indeed the only coherent and supportable position any male can take on the abortion issue—is to be pro-choice.  Pro-women’s choice. The issue we are discussing this evening is first and foremost a women’s issue — an issue of a woman’s health, a woman’s life, a woman’s freedom. And without a doubt, the decision about what to do about an unwanted pregnancy lies rightly and solely in the woman’s hands.

This, of course, does not mean that as a man I should not have careful and thoughtfully developed attitudes and beliefs about the many issues that shape the abortion debate. This does not mean that men should not express their convictions on these issues. What it does mean is that the ultimate decision concerning whether or not to terminate a pregnancy belongs to the pregnant woman.

In the best of circumstances, her decision will be made in the context of input and support from the man involved with the pregnancy, as well as her physician and other health care professionals. But a woman has the right to choose to terminate her pregnancy even if a man disagrees. Similarly, a woman has the right to refuse an abortion and to choose to carry her pregnancy to term even if a man wants her to have an abortion. No right is more important than the right to personal autonomy, the right to decide what happens to one’s own body. For women, that right includes childbearing, something that no man has direct experience of, and should not have equal choice concerning.

An important part of the abortion debate, of course, concerns the status of the fetus. Here’s where the philosopher in me shows up. A serious discussion of the status of the unborn fetus requires us, among other things, to distinguish between being “human” and being a “person.” Where one locates the beginning of “personhood,” and therefore the possession of individual rights, often is informed by one’s larger moral perspective, including perspectives shaped by the various commitments expressed by persons of faith.

For instance, many versions of Christianity, including but not limited to Catholicism, hold that the fetus is both human and a person at conception. End of story. Therefore, the fetus has a full-fledged right to life from the outset, only to be possibly overridden in extraordinary cases such as when the life of the pregnant woman is at risk if the pregnancy continues.

Neither of the perspectives I have just briefly described, both of which seek to establish a “bright line” where personhood begins, can serve as a guiding template for locating when a fetus becomes a person in a pluralistic society that respects the separation of church and state. These are not matters that can be resolved by edict, bright lines—no matter how well intended—or “one-size-fits-all” legislation. Instead, decisions concerning the personhood of the fetus, just as decisions concerning any of the other host of difficult interlocking matters embedded in the abortion issue, must be shaped by the complicated and messy process of conversation, negotiation, respect for context, and give-and-take. Perhaps the very sort of activity on display this evening.

September 27, 2022
Why Aren't Red Maples Blue, and other random autumn thoughts
Next Post 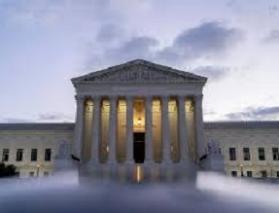 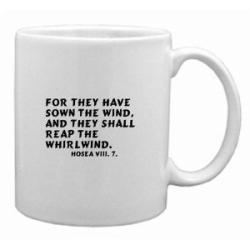 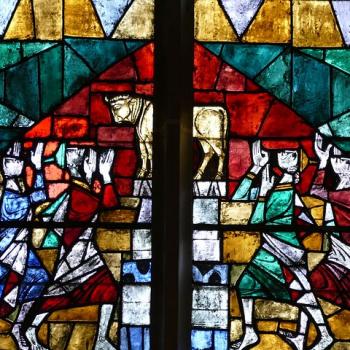