Why the Details of Jesus’ Birth Don’t Matter

Why the Details of Jesus’ Birth Don’t Matter December 23, 2019 vancemorgan

A couple of years ago, I was asked to take on a temporary administrative position for the following semester in addition to my teaching duties. After agreeing to do so, my first step was to go on a fact-finding and listening tour, talking individually with the dozen or so people most knowledgeable concerning the issues I knew I would be grappling with. As I spent an hour or more with each of these colleagues, I found that it was often difficult to find a common thread in their accounts of events and circumstances that all of them had experienced. One day in the usual late afternoon debriefing that I have with Jeanne shortly after I return home from campus each day, I said “I feel like I’m living in the middle of ‘Rashomon.’” 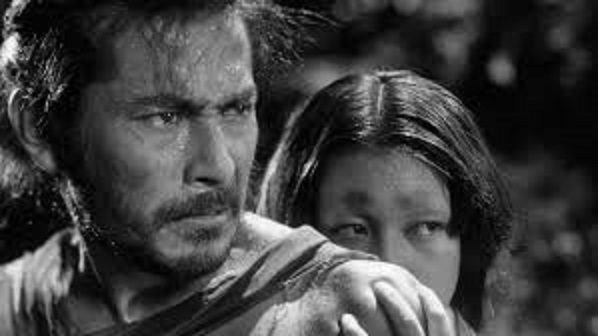 “Rashomon,” Akira Kurosawa’s 1950 film masterpiece that is often mentioned on short lists of “the greatest movies ever,” is fascinating for many reasons. But to a philosophy professor who frequently teaches philosophy of knowledge courses, its main appeal is that it is an early cinematic exploration of the importance of subjective perspective to our understanding of the world around us. Through ingenious use of camera and flashbacks, Kurosawa reveals the complexities of human nature as four people recount different versions of the story of a man’s murder and the rape of his wife. The viewer is left wondering “what really happened?” and “whose perspective is closest to the truth?” The answer provided is that we have no idea. Which version of events is most convincing will vary from person to person, depending on many factors; by not providing us with an objective, “God’s eye” view of the events in question, Kurosawa immerses the viewer in ambiguity both fascinating and frustrating.

What makes “Rashomon” disturbing is that its portrayal of the central roles played by subjectivity and ambiguity in the shaping of belief and truth is not just sophisticated entertainment—it is precisely how the “truth” is actually constructed, both individually and collectively, in the “real world.” We often claim to be interested in objectivity and facts, but what even counts as a fact is from the beginning shot through with the experiences and lived contributions of each person seeking to know “what really happened.” This leads to radically different interpretations of shared facts; as William James remind us in his essay “Pragmatism and Humanism”:

We read the same facts differently. “Waterloo,” with the same fixed details, spells a victory for an Englishman; for a Frenchman it spells a defeat.

Whose interpretation of the battle’s events is correct—the Englishman’s or the Frenchman’s? That question has no “correct” answer, which is problematic, because at least the Battle of Waterloo is close enough to us historically for us to be able to at least perhaps agree on some of the details of “what happened.” The problems of perspective, interpretation, context, and subjectivity increase exponentially the more distant the events in question become.

Which brings us to the event that Christians will celebrate tomorrow—the birth of Jesus. What really happened in Bethlehem? We have no eyewitness accounts; what we do have in the Gospels, written decades after the event, is remarkably different from gospel to gospel. The standard pieces of the nativity narrative are a conflation of various elements. The authors of Mark and John apparently didn’t think the circumstances of Jesus’ birth important enough to even report on, while the authors of Matthew and Luke construct their stories from “cherry-picked” details. Luke does not mention the magi from the east or the star, but has angels singing to shepherds, who then visit Jesus in a manger in Bethlehem. Matthew has no worshiping shepherds or even a manger, but wise men following a star visit the holy family in a house, probably in Nazareth, sometime after Jesus’ birth. Throw in Santa and some reindeer, and you’d get the usual front lawn decorations for the holiday season.

So where lies the truth? A close friend who passed away a few years ago, a guy who tended to be rather definitive in his pronouncements, once said at lunch that “The heart of Christianity is what you believe about the stories. Do you believe the stories are true or don’t you? Yes or No? And if you say ‘let me think about it,’ that’s the same as saying No!” This was not directed at me specifically—he was just drawing a line in the sand, as those of us who knew and loved him expected him to do. But I think I’m in trouble. Because not only am I not sure about whether my answer to his question is “yes,” “no,” “let me think about it,” or even “which stories are you referring to?”—I’m inclined to say that “it doesn’t matter.”

We cannot know the exact details of Jesus’ birth beyond tentatively agreeing that apparently something happened, but this is no different than the vast majority of human events. Ultimately what matters far more than getting the details right and arguing with those who insist on different details is to ask What does matter? Meister Eckhart, a medieval Dominican philosopher, theologian, and mystic once asked this very question most provocatively:

What good is it for me that Christ was born a thousand years ago in Bethlehem, if he is not born today in our own time?

I was reminded of Eckhart’s question the other day toward the end of an oral exam with a particularly interesting and memorable student. This student, who professes to be an atheist, was surprised—“shocked” might be the better word—when I described myself as a “person of faith” in class one day.

I do believe that Jesus was both human and divine, as a matter of fact, for reasons that I regularly explore and challenge in this blog. On this particular occasion, however, I thought that a different sort of answer was in order. “Let me put it this way,” I said to my inquiring student. “The story of Jesus’ birth and life has been a central narrative, perhaps the central narrative, of my life from the time I was a little kid. It, and accompanying stories, are my tradition, my heritage, my birthright. It has come to have a very different meaning for me over the years, particularly in the last seven or eight years. The story of the Incarnation, of God out of love becoming human, is not about facts. It is a framework for believing that we matter enough to be loved by what is greater than us, and that the divine has chosen to get into the world through human beings. As a mentor of mine once said, this is the sort of story that should be true.”

At the climatic manger scene in my favorite Christmas movie, “The Nativity Story,” the gold-bearing wise man Melchior, who looks amazingly like a colleague and friend of mine in the history department, gazes at the baby and says “God made into flesh.” The message of Christmas cuts across every one of the boundaries that we spend so much time drawing and protecting, for it tells us that the human and the divine belong together and that the only way that God gets into the world is in human form. That’s you. That’s me. That’s us.

The heart and soul of Christianity is remarkable both in its simplicity and its iconoclasm. God made into flesh. Remarkably small. Disturbingly fragile. Completely mysterious. And utterly true. 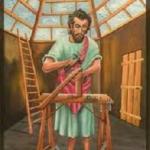 December 21, 2019
A Really Awesome Stepfather with a Questionable Pedigree
Next Post

December 26, 2019 Dammit, It's the Incarnation!
Recent Comments
0 | Leave a Comment
"That is why, i consider, that we should be very careful about making common cause ..."
gary This Is Exactly Who We Are
"Thanks for sharing... The question "What is philosophy?" came up a couple of times in ..."
Neil Brown Talking About Some Big Questions
"I took Vance's critique to be about radical Trump supporters, yes; but also, as an ..."
Sean J Bauman This Is Exactly Who We Are
"And unless those who benefit from unjust systems are working to point to the injustice, ..."
San_Ban This Is Exactly Who We Are
Browse Our Archives
get the latest from
Freelance Christianity
Sign up for our newsletter
POPULAR AT PATHEOS Progressive Christian
1