Will We Be Able to Move Past Polarization?

Will We Be Able to Move Past Polarization? October 14, 2020 vancemorgan

During the past week, I have observed two people get into trouble on Facebook for being open-minded. First, my son attracted a good deal of ire from various folks for daring to wish Donald Trump and his wife a speedy recovery from Covid-19. My son is a vocal and frequent critic of Trump, and is second to none in his visceral loathing of the President. But that did not prohibit him (due to good home training, I’m sure) from hoping that Trump would not die. And people took offense.

Then a colleague in the Political Science department had the temerity to suggest a couple of days later that, although he disagreed with and loathed virtually every decision she has ever made on the bench, he believed that Amy Coney Barrett was both intelligent and qualified to be nominated to the Supreme Court. Outrage ensued, including a former student telling my colleague “I cannot believe you would say this. I am really disappointed.” Apparently it is no longer possible to wish good health to someone you dislike intensely, nor is it possible to believe that someone is both intelligent and completely wrong. I don’t recall that it has always been this way–how have we come to this?

Over the past several years on my campus, events called “Difficult Dialogues” have regularly been scheduled. These are moderated conversations on controversial topics, the sorts of topics that tend to drive people into entrenched corners from which they yell across the conceptual divide at those with whom they disagree. Faculty, students, and administrators are invited to think ahead of time about current controversies on campus before coming to a “Difficult Dialogues” event—t 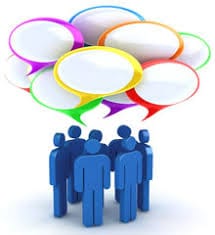 hese topics have tended to be related to race and/or sexual orientation and gender identity. I have attended several of these events and have found them fruitful; listening and conversing in person is always better than yelling and posturing on line.

I’ve thought a lot about how difficult “Difficult Dialogues” can be over the past few weeks as we funnel toward the November 3 election and its aftermath. With the nomination of Amy Coney Barrett to the Supreme Court, one of the most difficult topics to discuss—abortion—is back in our national conversation. I teach some version of an ethics class just about every semester, so I have the opportunity to guide conversations on controversial topics regularly—last semester we ended with race issues followed by gun control. The nomination of Amy Coney Barrett reminds me of just such a series of classes from more than two decades ago. I was still a relatively new faculty member at the college, teaching a section of “Current Problems in Ethics” in our night school.

Our classroom was on the fourth floor of the oldest building on campus, a long, narrow, unwelcoming room that, fortunately, disappeared when the building was completely renovated a decade or so ago. My thirty students were a mixture of day students, seeking to pick up an extra three credits toward their core requirements, and adult continuing-education students. This motley crew also included two young Catholic diocesan priests—not unusual, given that my campus is run by the Catholic Dominican order. The final “current problem” on the syllabus that semester, a topic on which we spent four or five two-hour classes, was perhaps the most controversial moral issue that one can raise on a Catholic college campus: Abortion.

The fact that I don’t remember much of anything from that class indicates that the fireworks must have been minimal. What I do remember, however, was that one of the priests—the one who always sat in the front row about five feet away from me—approached me at the end of our final class. “I want to thank you for including the abortion issue on the syllabus,” he said. “I learned a lot from the time we spent on it.” A bit surprised, I asked him what he had learned. “I started the class as pro-life as a person could possibly be,” he said, “and I still am as pro-life as a person can possibly be. But I learned, contrary to what I had always believed, that there are strong arguments in favor of the pro-choice position. I learned that a person can be a good, loving, person and also be pro-choice. I learned to stop immediately thinking that a person who is pro-choice is evil, a baby-killer, and condemned to hell. Going forward, I will try to listen more and to judge less. Thank you.”

I thought of this exchange for the first time in years a couple of days as I read Caitlyn Flanagan’s article “The Things We Can’t Face” in the December edition of The Atlantic (yes, I am almost a year behind in my reading of The Atlantic). The theme of the edition is “How to Stop a Civil War.” Flanagan’s article leads off the middle section of the oversized volume, a section titled “Appeals to Our Better Nature.” The subtitle of her article is “What we don’t talk about when we talk about abortion.” Flanagan effectively describes what is at stake, of course, but her primary purpose is powerfully simple. We cannot talk about this extraordinarily difficult issue—or any difficult issue for that matter—if we do not first open ourselves to the possibility that people of good will and good faith can disagree on the most important of topics without demonizing or dehumanizing each other.

Toward the end of her article, Flanagan describes the lay of the land clearly.

The argument for abortion, if made honestly, requires many words: It must evoke the recent past, the dire consequences to women of making a very simple medical procedure illegal. The argument against it doesn’t take even a single word. The argument against it is a picture. This is not an argument anyone is going to win. The loudest advocates on both sides are terrible representatives for their cause . . . The truth is that the best argument on each side is a damn good one, and until you acknowledge that fact, you aren’t speaking or even thinking honestly about the issue. You certainly aren’t going to convince anybody. Only the truth has the power to move.

What is an article about abortion doing in a volume dedicated to discussing the polarizing impasse in politics that we have reached in this country? Flanagan takes neither a pro-life nor a pro-choice stance in her article; instead, she shows that we do everyone a tragic disservice when we reduce various positions to caricatures that can be fit neatly on a bumper sticker or in a tweet. Nothing important can be reduced without remainder in that way. And yet this is what we do to those with whom we disagree on a regular basis. The second half of the passage above from Flanagan’s article could be a description of the lay of the land in any of the dozens of issues and matters that divide us.

We have become used to vilifying and mocking, then ignoring, those with whom we disagree. I fully confess that I am as guilty of this as anyone. For instance, I chose not to listen to the first Presidential debate live a couple of weeks ago, choosing instead to tune in to MSNBC’s post-game analysis after the debate ended. Why? Because I knew that listening to the President would enrage me, and I preferred to listen to analysis of the debate after the fact from people whose perspective was likely to be identical to mine.

Can we get past this? Can we emerge from our religiously and politically defined corners far enough to even imagine that those in the opposite corner might have good reasons to be there? I don’t know—difficult dialogues are far more challenging than sound bites and bumper stickers. But what my Catholic priest student told me about what he had learned many years ago gives me a bit of hope. Difficult dialogues need not lead to someone changing their mind in order to be successful. Success may simply be a matter of recognizing that the truth is always larger and more dynamic that our attempts to reduce and manage it. I can believe with all my mind and heart that you are wrong while at the same time affirming with all my mind and heart that you are as human and as well-intentioned as I am. 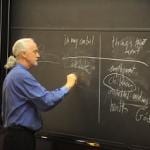 October 12, 2020
All Things are Become New: A reminder of why teaching is the best profession of all
Next Post

October 16, 2020 Don't Read the Constitution like Literalists Read the Bible
Recent Comments
0 | Leave a Comment
"Perhaps you might want to revisit the instances where Jesus taught that God gives His ..."
Eeyore Of Marx and Vineyards
"But then how does John's account fit your narrative? If it was written after the ..."
Greg Frederick When Jesus Takes a Walk
"What do you suppose will happen the next day? Let me guess; nobody will show ..."
2ndbone Of Marx and Vineyards
"Why are you implying that this is something that I would disagree with?"
Vance Morgan All Dogs Go To Heaven
Browse Our Archives
get the latest from
Freelance Christianity
Sign up for our newsletter
POPULAR AT PATHEOS Progressive Christian
1