Watch out! An appalling plan to wrap our public schools in religion has become public.

A chilling report in the Washington Post today reveals that a theocratic manifesto to “bring God into American classrooms” is tied to Trump aides Stephen Bannon and Kellyanne Conway. Both are part of the Council for National Policy, which just released a five-page manifesto on how to dismantle the federal Department of Education and bring “God” and “historic Judeo-Christian principles” into education.

Bannon, the infamous “alt-right” Breitbart leader now serving as “chief strategist” for President Trump, as of 2014 was a member of the council. Conway, counselor to the president and Trump’s ever-present media spokesperson, was on its executive committee as of the same year. 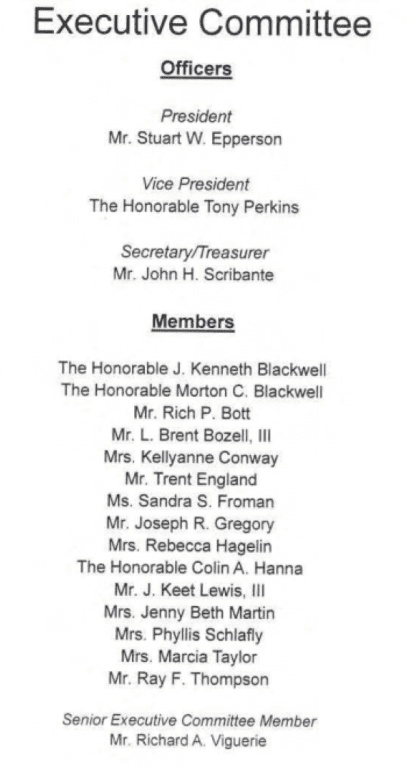 The “Education Reform Report” explicitly frames itself as recommendations for Trump and Betsy DeVos, the controversial new secretary of education, who until her appointment herself openly called to disband the department.

Although DeVos, unlike Bannon and Conway, does not show up on the membership rolls of the council, her mother, Elsa Prince Broekhuizen, does. Amway founder Richard DeVos Sr., her father-in-law, has served twice as president of the council.

The council’s report claims American education should be predicated on such assumptions as:

The group’s goal is to “provoke a popular return to the Judeo-Christian principles of America’s Founders who, along with America’s pioneers, believed that God belonged in the classroom.”

The explicit recommendations for the Trump administration and DeVos include taking apart the Department of Education and replacing it with a “Presidency’s Advisory Council on Public Education Reform,” and “push[ing] for school choice in all states (over voucher schemes).” They favor home-schooling, for-profit private schools, and religious schools over public schools. They even want to “adhere” to a definition of education from the 1828 Noah Webster dictionary (which places “manners” over arts and sciences” and claims “a religious education is indispensable”)!

Other recommendations to “drain the swamp,” as the report phrases it, include explicit instructions on the dismantling of the Education Department and the winding down of federal programs.

The report openly calls to “engage support from Heritage Foundation” and “recruit other movement conservatives, conservative and Christian media leaders, and pastors to join the campaign.”

Likewise, it advocates for establishing “relationships with key pastoral networks, to assist in helping churches understand and support this initiative via effective education programs,” such as the Nehemiah Institute’s “Kingdom Seminar.” It also links to various right-wing Christian groups, such as American Pastors Network, Reclaiming America for Christ and the U.S. Pastor Council. The report urges that former House Majority Leader Tom DeLay should be recruited as one of the lobbyists for the campaign.

In Phase II of the scheme, the president’s advisory council would:

The report ignores the fact that more than 65 years of firm Supreme Court precedent (and over two centuries of state courts’ jurisprudence) protects children from indoctrination in our secular public schools. It also overlooks that our secular nation is guided by the godless Constitution it ironically wants to post in every school (the only inoffensive recommendation).

“It is not unreasonable to believe that many state officials will be emboldened for change along these lines when the Trump administration is fully in place,” the report brags.

Clearly, the Religious Right is emboldened by the political changes in our federal government, if not drunk with power. Reports of the death of our secular Constitution fortunately are greatly exaggerated. The Religious Right doesn’t yet control our country. But it is frightening that this roadmap to destroying our secular public schools is in the hands of some of Trump’s closest advisers. It’s hard to exaggerate the serious threat our secular nation faces. 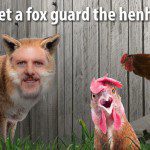 February 10, 2017
Special Weekly Report: Another busy period for us
Next Post 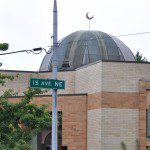 February 17, 2017 Special Weekly Report: We’re returning to normal activity
Recent Comments
0 | Leave a Comment
"https://m.youtube.com/watch...Says it all really."
Brian Shanahan FFRF’s Freethought Now Blog has moved!
"I am unable to find an RSS feed for the new site. As I have ..."
David Brown FFRF’s Freethought Now Blog has moved!
"Should we expect new translations from the Greek, given this new lexicon?"
epeeist Recovering a secular ancient treasure
"It's a shame that Aristotle was the goto for answers for so many years and ..."
Jim E Jones Recovering a secular ancient treasure
Browse Our Archives
get the latest updates from
Freethought Now!
and the Patheos
Nonreligious
Channel
POPULAR AT PATHEOS Nonreligious
1