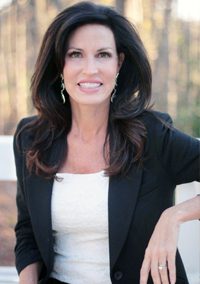 There will be a lot more “concerned women” in America if Trump’s purported pick for women’s ambassador of global affairs at the State Department is confirmed. Penny Nance, Trump’s rumored choice, happens to be president and CEO of Concerned Women for America, a virulently anti-feminist, anti-abortion organization whose purpose is to “bring Biblical principles into all levels of public policy.”

Nance is such a cartoon that she actually criticized Disney for supposedly undercutting traditional notions of masculinity by creating what she regarded as overly spunky princesses in “Frozen.”

Frozen is the operative word. We’re frozen in some kind of time warp out of the imagination of the most extreme leaders on the Christian Right. In Trump’s quest to produce a “fox for every chicken coop in Washington,” as the always quotable Gloria Steinem put it at the Women’s March, he has found the perfect foil for this ambassadorship. Planned Parenthood’s Dawn Laguens compares it to “putting an arsonist in charge of the fire department.”

The position of the U.S. Ambassador-at-Large for Global Women’s Issues at the State Department was started by the Obama administration. Its mandate is to “promote the rights and empowerment of women and girls through U.S. foreign policy.” Its priorities are gender equality, including gender-based violence, women’s economic empowerment, women’s participation in peace and security, and adolescent girls.

Nance is a longtime critic of the Violence Against Women Act. In an op-ed for The Christian Post, she urged women impregnated by rape to carry such pregnancies to term, revealing the depths of her religious fanaticism: “As Christians, we live every day in a fallen world and must deal with the painful consequences of evil acts such as rape, murder, theft, and deception. No, sin was never God’s intention. But the creation of a life that might one day be used to spread the Gospel or show God’s love by helping others is still a miracle that deserves our reverence and protection.”

It’s a snub to us truly “concerned women of America” for Trump to even shortlist Nance, a handmaiden for the radical Christian Right, for this position intended to further women’s rights.

November 3, 2017
Weekly Report: It’s hard for us to believe how much we get done
Next Post

November 10, 2017 Weekly Wrap: We have literally been all over the place
Recent Comments
0 | Leave a Comment
Browse Our Archives
get the latest from
Nonreligious
Sign up for our newsletter
POPULAR AT PATHEOS Nonreligious
1