Answering Fox News: Why doesn’t FFRF ever ‘go after’ Islam or other religions?

Answering Fox News: Why doesn’t FFRF ever ‘go after’ Islam or other religions? February 4, 2016 Andrew Seidel

The Christian Right throws this question at the Freedom From Religion Foundation all the time. These disingenuous critics don’t really want FFRF to do even more to uphold the constitutional separation between state and church. They just want to complain about us because we are keeping their religion, Christianity, out of our secular government.

FFRF opposes religion in government — any religion. We are “equal opportunity” when it comes to enforcing the Establishment Clause.

But recently Todd Starnes, a leading purveyor of the Christian persecution complex, exhumed this tired claim against FFRF. Starnes’ opinion piece has the misleading headline, “Lawsuit: Public school forced my child to convert to Islam.” It details a lawsuit filed by Maryland parents alleging that the local public high school indoctrinated their daughter into Islam. At the end of the article, Starnes writes:

Why hasn’t the Freedom From Religion Foundation weighed in? What about the American Civil Liberties Union? Their silence is peculiar. I suspect their reaction would have been a bit different had La Plata High School been baptizing children and forcing them to memorize John 3:16.

From a practical standpoint, the answer to this question is easy. The family did not come to FFRF asking for help, and we didn’t have a chance to evaluate the claims.

But that is not the point Starnes wishes to make. Instead, he wants to accuse FFRF of targeting just Christianity. But FFRF does take issue with the government promoting or favoring any religion, including Islam. Starnes ignores the complaint we filed against the Muslim college professor promoting his religion in the classroom. FFRF sent out a press release on this, complete with audio clips and PowerPoint slides, to Starnes’ Fox News buddies, but nobody at the network reported on it. (So we can turn around and ask a similar question of Starnes: Why didn’t you cover FFRF’s complaint?)

We have also protested a Buddhist shrine on public land in California. We have sent letters to the mayors of Philadelphia and Dallas for hosting Iftar events to honor Ramadan and, just this week, to public libraries that plan on closing for the Dalai Lama. FFRF Co-President Dan Barker has debated several Muslims.

Even without these facts, however, the answer to Starnes’ disingenuous question is obvious. Groups seeking to uphold the Constitution “target” Christians because we “target” the violators and, as Christians are still the majority, most of theocrats violating the Constitution are Christian. It’s a fact, FFRF receives thousands of complaints about state/church violations annually, almost all concern government officials imposing Christianity on citizens. Currently, Muslims comprise about 1 percent of the U.S. population, so it’s hardly surprising FFRF receives very few bona fide complaints about the Muslim religion entangled with our government.

This is not just a question of numbers. Of course, the greater percentage of Christians in the population means there is a higher probability that any given offender is Christian. But in a democracy, where government is structured so that the majority often rules, it is usually the majority that will violate the rights of the minority. This is precisely why the Bill of Rights exists: to protect the minority from the tyranny of the majority.

Atheists, agnostics, freethinkers and minority religionists in this country have never had the unwarranted privilege Christians have asserted as members of the majority. In America, Christian persecution is not the problem; Christian privilege is.

There’s another reason why FFRF doesn’t immediately pursue every claim that Christians are being persecuted in the United States. Those stories are usually wrong. They’re often trumped-up rumors soon disproved. Or they involve the baker or florist who wants to violate the Civil Rights Act by refusing to serve a gay couple. Todd Starnes is the boy who cries wolf. He constantly tells stories of Christian persecution that are exaggerated or invented.

Here at FFRF, we prefer to work with schools to determine what actually happened in a given case and attempt to solve these issues, ideally without going to court. But when your goal is to further a Christian persecution narrative instead of upholding the Constitution, facts are irrelevant and lawsuits do a better job of scaring the credulous. 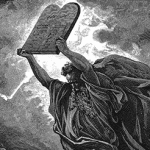 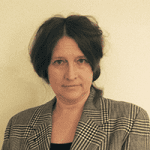 February 8, 2016 Freethought Radio interviews Dr. Abby Hafer on God: Bad Character, Bad Designer
Recent Comments
0 | Leave a Comment
"https://m.youtube.com/watch...Says it all really."
Brian Shanahan FFRF’s Freethought Now Blog has moved!
"I am unable to find an RSS feed for the new site. As I have ..."
David Brown FFRF’s Freethought Now Blog has moved!
"Should we expect new translations from the Greek, given this new lexicon?"
epeeist Recovering a secular ancient treasure
"It's a shame that Aristotle was the goto for answers for so many years and ..."
Jim E Jones Recovering a secular ancient treasure
Browse Our Archives
get the latest updates from
Freethought Now!
and the Patheos
Nonreligious
Channel
POPULAR AT PATHEOS Nonreligious
1