The deadly pandemic shows little sign of slowing — and yet anti-science governors are sabotaging efforts to contain it.

Texas Gov. Greg Abbott of Texas and Florida Gov. Ron DeSantis have issued orders to ban schools from implementing mask mandates despite contrary guidance from the Centers for Disease Control and Prevention, which urges masks in public indoor spaces in areas with substantial or high Covid transmission. In the wake of the more infectious delta variant, adhering to science is more important than ever. And in states such as Florida, where deaths are at an all-time high, following the recommendations of scientists and public health experts is crucial.

However, the presiding religion-addled governors in these states have banned mask mandates in public schools. DeSantis has shockingly threatened to withhold salaries from school officials who enforce mask mandates. And while the Texas Supreme Court has rejected Abbott’s ban on school mask mandates and a trial in Leon County has begun to determine the constitutionality of the ban in Florida, it is a cruel irony that these governors reject science that protects lives while denying life-saving resources and care for women.

Both Florida and Texas are hostile anti-abortion states. In Texas, abortion is slated to be effectively illegal as soon as September. Frighteningly, Abbott has signed a six-week abortion ban that deputizes ordinary citizens to enforce abortion bans. He invoked religion at the signing, proclaiming: “Our creator endowed us with the right to life and yet millions of children lose their right to life every year because of abortion. … In Texas, we work to save those lives.” And yet, a simple mask requirement appears to be a bridge too far for Abbott.

In Florida, DeSantis has asked the Supreme Court to overturn Roe v. Wade, which ensures that women have a constitutional right to an abortion. So, as DeSantis claims that the government can’t enforce medical standards on individuals, he is meanwhile playing doctor and seeking to impose his anti-abortion stance on millions of women throughout the country. The hypocrisy is mind-numbing.

Essentially, these governors claim to care so deeply for the “unborn” that they seek to take science-backed, comprehensive reproductive health care away from women. And yet these same governors have no problem banning masks for public school children, including those under 12 who are not yet eligible for the Covid-19 vaccine, even though science has shown masking’s effectiveness at reducing transmissions. They are tossing scientific reasoning out the window.

Believing that life begins at conception is a matter of faith, not fact. The more than 630,000 Covid deaths in the United States are a fact. Laws related to health care must follow scientific fact — and so should our legislators. 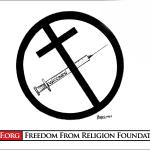 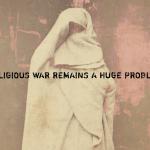