Imagine the reaction if a newspaper printed a story that Jews or Mormons are smelly, thoughtless, intolerant, and annoying. Or if a newspaper said, “Many African Americans are fundamentally intolerant.” The uproar would be immediate and justified. Yet, the Green Valley News (Ariz.) published just such a derogatory article, stereotyping a minority, only the target of Emil Franzi’s bigotry was a group that many seem to believe can be vilified with impunity: atheists.

Franzi’s opinion piece spans the spectrum from prejudiced to tasteless (i.e., he vulgarly refers to “crap belched”), even nonsensical (claiming that religious believers are defined by doubt, atheists by certainty), verging on paranoid (“The Atheist Lobby wants you to believe otherwise”). It is astonishing that a reputable outlet would publish such piffle.

As to his arguments, Franzi brings to mind Christopher Hitchens’ riposte to Sean Hannity: “You give me the awful impression, I hate to have to say it, of someone who hasn’t read any of the arguments against your position ever.”

He trots out Pol Pot, the Holocaust, Stalin, and Mao as “atheism’s gift to the world.” This fallacy has been debunked time and again. Not only does Franzi get the facts wrong—e.g., Hitler died a Roman Catholic in good standing, made concordats with the Vatican and was never ex-communicated—but he also mistakenly assumes that these genocides were motivated by atheism. Which is odd because he also claims that genocide is always for “political not religious reasons.”

Franzi makes another common mistake by smugly characterizing violence in the 20th century as “atheism’s gift to the world.” Genocide is to be abhorred and we must seek to stop it. But overall, violence is declining. Distinguished Harvard Professor Steven Pinker, who’s the honorary president of the Freedom From Religion Foundation, has debunked the notion that violence is increasing: “our ancestors were far more violent than we are, that violence has been in decline for long stretches of time, and that today we are probably living in the most peaceful time in our species’ existence.”

Franzi is most upset by Jeffrey Tayler’s Salon article about Marco Rubio’s religious campaign ad.Tayler expressed frustration because Rubio “uses his campaign ad to talk only about religion. Aren’t campaign ads supposed to at least have something to do with politics?” And even though Tayler cites the U.S. Constitution’s ban on religious tests for public office, Franzi claims that the “real meat in [Tayler’s] atheist paean” is that “Rubio is unfit to be president because he professes to believe in God.”

I’ve yet to meet a “None” who thinks a person is unfit to be president if they profess a belief in a deity, meanwhile, we know the opposite is true. Candidates have openly opined that nonbelievers would be unfit for the presidency. They are playing to a common belief. Many Americans—and I think here we can safely assume many religious Americans—will not vote for an otherwise qualified atheist candidate for public office. Gallup polls regularly ranked “atheists” as the least desirable presidential candidate, behind Muslims, homosexuals, Mormons, Latinos, Jews, Catholics, women and African Americans.

For the first time in polling history, last year atheists rose above socialists in this ranking and a majority of voters finally indicated they wouldn’t automatically rule out voting for one as president, though just barely. That’s progress, but the prejudice against atheists is still confirmed in sociological literature and is furthered by ignorant tirades like Franzi’s.

If Green Valley News had any civility, it would apologize for this hateful hyperbole. If you’d like to mention that possibility to them or write your own letter to the editor, as I will be doing, here’s who to contact: 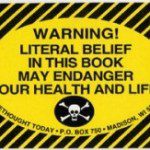 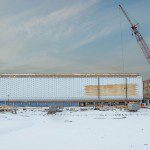 January 26, 2016 Kentucky Judge botches ruling on discriminatory Ark Park
Recent Comments
0 | Leave a Comment
Browse Our Archives
get the latest from
Freethought Now!
Sign up for our newsletter
POPULAR AT PATHEOS Nonreligious
1