Birth control pills should be available over the counter nationwide

Birth control pills should be available over the counter nationwide July 30, 2021 Freedom From Religion Foundation

A new Illinois law is a bold move for reproductive rights and health equality in the United States.

Such measures are crucial in countering the Religious Right’s efforts to strip away bodily autonomy from women. As FFRF Director of Strategic Response Andrew L. Seidel has written in Religion Dispatches, “They’re gunning for Roe. And after that, they’re coming for contraception. If that sounds outlandish, remember how they attacked the Affordable Care Act. Remember the arguments they’ve used to redefine religious freedom.” Indeed, research has shown that the vast majority of Americans support requiring employers to provide birth control. In contrast, only one in five have religious objections. Nevertheless, the U.S. Supreme Court’s recent ruling in Little Sisters of the Poor v. Pennsylvania allows private employers to deny contraceptive coverage under the Affordable Care Act for religious reasons. Simply put, a small religious faction rules the roost when it comes to reproductive health care.

Meanwhile, religious conservatives are set on eroding Roe v. Wade. And for groups who demonize abortion, it is curious that they do not support freely accessible contraception since studies have shown that birth control reduces abortion rates between 62 percent and 78 percent. Nevertheless, birth control gives women bodily autonomy and freedom — both contrary to the Religious Right’s notions of female submission.

Making birth control available over the counter is an important antidote to extremist efforts to suppress reproductive health care. Let’s call on more states to enact such legislation.

July 28, 2021
Human progress has been due to progressives
Next Post 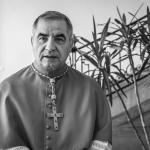 August 9, 2021 Misusing donor money: Financial abuse one more reason to quit the Catholic Church
Recent Comments
0 | Leave a Comment
"https://m.youtube.com/watch...Says it all really."
Brian Shanahan FFRF’s Freethought Now Blog has moved!
"I am unable to find an RSS feed for the new site. As I have ..."
David Brown FFRF’s Freethought Now Blog has moved!
"Should we expect new translations from the Greek, given this new lexicon?"
epeeist Recovering a secular ancient treasure
"It's a shame that Aristotle was the goto for answers for so many years and ..."
Jim E Jones Recovering a secular ancient treasure
Browse Our Archives
get the latest updates from
Freethought Now!
and the Patheos
Nonreligious
Channel
POPULAR AT PATHEOS Nonreligious
1