Black robes at the Red Mass: the undesirable religiosity of Supreme Court justices

“Red Mass” sounds like an unfortunate medical condition. Sadly, it’s worse. Red mass is a condition that plagues our body politic (or judicial).

Every year on the Sunday before the start of the Supreme Court term, some of the highest judges in our land attend a Catholic mass. The purpose of the mass is to ask for God’s guidance for the Supreme Court justices and others who work in the law. (Presumably that includes the attorneys for the Freedom From Religion Foundation, but so far, I’m not feeling a godly tickle, let alone divine guidance.)

Last Sunday, as Hurricane Matthew turned toward Haiti, the Cathedral of Matthew the Apostle hosted five Supreme Court justices—John Roberts, Anthony Kennedy, Clarence Thomas, Samuel Alito, all of whom are Catholic, and Stephen Breyer, who is Jewish. Justice Ruth Bader Ginsburg went once, but has since refused because of the experience: “I went one year and I will never go again, because this sermon was outrageously anti-abortion. Even the Scalias—although they’re very much of that persuasion—were embarrassed for me.”

During the Red Mass sermon this year, Archbishop Bernard Hebda’s message was “where there is no mercy, there is no justice.” The brazen hypocrisy of the Catholic Church is almost too much to bear. Hebda has been called in to run the Minneapolis/St. Paul diocese after the child rape cases there. But the church has, to put it charitably, an overabundance of mercy. Child rapists who happen to be in the Catholic hierarchy escape secular justice. Sure, they might be defrocked, but that’s not enough. People who rape children belong in jail. Getting fired is, frankly, irrelevant.

But even if the messenger is a hypocrite, the message is one worth exploring. During the mass Archbishop Hebda urged, “We need to remember that real people are at the heart of what we do and are affected by the decisions we make.” That’s a thought the U.S. Supreme Court should have considered when it decided that thousands of working class women should be subjected to the personal religious beliefs of their corporate bosses in the Hobby Lobby case. Should we now exercise mercy for corporations, since the Supreme Court granted them personhood in Citizens United? And what about mercy for the American taxpayer, who foots an $800,000 annual bill so that the House and Senate can pay chaplains to pray.

According to the John Carroll Society, which has hosted the D.C. mass since 1953, the name “Red Mass” “derives from the traditional red color of the vestments worn by clergy during the Mass, representing the tongues of fire symbolizing the presence of the Holy Spirit.”

Yup. Tongues of fire. That’s from the Book of Acts, Chapter 2. The people interpreting our Constitution, striking down and upholding law, gather because:

When the day of Pentecost had come, they were all together in one place.2 And suddenly from heaven there came a sound like the rush of a violent wind, and it filled the entire house where they were sitting. 3 Divided tongues, as of fire, appeared among them, and a tongue rested on each of them. 4 All of them were filled with the Holy Spirit and began to speak in other languages, as the Spirit gave them ability.

Talking snakes, talking donkeys, speaking in tongues, and the Holy Spirit acting like a babel fish are just a few of the bible’s oddities. Also in Chapter 2 of Acts, God discusses “his slaves” (2:18), “sun shall be turned to darkness and the moon to blood,” (2:20) to signify the coming of the Lord, when “everyone who calls on the name of the Lord shall be saved.” (2:22) Non-Christians are presumably left to burn in hell and, as a result of that fear, Acts says a bunch of people convert (2:37-42). This is not exactly the message we want our highest judges to take away.

We shouldn’t want judges to gather and celebrate such a book—devoid of the mercy the archbishop wishes to proclaim. In our system, justice is meant to be blind, not contingent on which religion one adheres to, as in the chapter of the bible that gives the Red Mass its name.

So while I sit here, awaiting the divine guidance that the Red Mass is supposed to bestow upon me and my fellow attorneys, I have my own message for our esteemed Supreme Court Justices: Do you job with empathy. Try to empathize with those of diverse backgrounds, not just with those in the Christian majority, but also with minority religious and nonreligious people. Perhaps a good first step would be to stop inviting your Jewish colleagues to attend your silly tongues of fire ritual. And maybe leave out the traditional chant, “God save the United States and this honorable court,” to kick off the day’s proceedings. It’s a bit alienating to the quarter of Americans who are not religious. That’d be a far better start than the Red Mass. 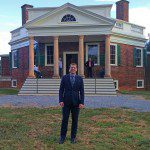 September 30, 2016
Special Weekly Report: Summer is over
Next Post 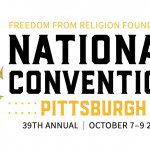 October 7, 2016 Special Weekly Report: Our convention is not distracting us
Recent Comments
0 | Leave a Comment
"Sure. Throwing money at bad behavior just ensures that bad behavior continues. Like subsidizing electric ..."
Person223 The Supreme Court, the pandemic, abortion ..."
"More than 12,400 American churches took in billions of taxpayer dollars under the pandemic relief ..."
Jim Jones The Supreme Court, the pandemic, abortion ..."
"I'll tell everyone here a little secret. Purpose Driven Life is an exercise in christian ..."
ephemerol | Freedom From Religion Foundation
"I think the main issue with with religious people not getting how secular people find ..."
swbarnes2 | Freedom From Religion Foundation
Browse Our Archives
get the latest from
Freethought Now!
Sign up for our newsletter
POPULAR AT PATHEOS Nonreligious
1