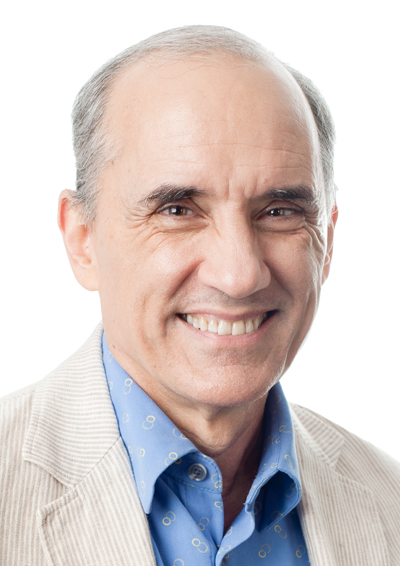 An Easter Challenge For Christians

I HAVE AN EASTER challenge for Christians. My challenge is simply this: tell me what happened on Easter. I am not asking for proof. My straightforward request is merely that Christians tell me exactly what happened on the day that their most important doctrine was born.

Believers should eagerly take up this challenge, since without the resurrection, there is no Christianity. Paul wrote, “And if Christ be not risen, then is our preaching vain, and your faith is also vain. Yea, and we are found false witnesses of God; because we have testified of God that he raised up Christ: whom he raised not up, if so be that the dead rise not.” (I Corinthians 15:14-15)

The conditions of the challenge are simple and reasonable. In each of the four Gospels, begin at Easter morning and read to the end of the book: Matthew 28, Mark 16, Luke 24, and John 20-21. Also read Acts 1:3-12 and Paul’s tiny version of the story in I Corinthians 15:3-8. These 165 verses can be read in a few moments. Then, without omitting a single detail from these separate accounts, write a simple, chronological narrative of the events between the resurrection and the ascension: what happened first, second, and so on; who said what, when; and where these things happened.

Since the gospels do not always give precise times of day, it is permissible to make educated guesses. The narrative does not have to pretend to present a perfect picture–it only needs to give at least one plausible account of all of the facts. Additional explanation of the narrative may be set apart in parentheses. The important condition to the challenge, however, is that not one single biblical detail be omitted. Fair enough?

I have tried this challenge myself. I failed. An Assembly of God minister whom I was debating a couple of years ago on a Florida radio show loudly proclaimed over the air that he would send me the narrative in a few days. I am still waiting. After my debate at the University of Wisconsin, “Jesus of Nazareth: Messiah or Myth,” a Lutheran graduate student told me he accepted the challenge and would be contacting me in about a week. I have never heard from him. Both of these people, and others, agreed that the request was reasonable and crucial. Maybe they are slow readers.

Many bible stories are given only once or twice, and are therefore hard to confirm. The author of Matthew, for example, was the only one to mention that at the crucifixion dead people emerged from the graves of Jerusalem, walking around showing themselves to everyone–an amazing event that could hardly escape the notice of the other Gospel writers, or any other historians of the period. But though the silence of others might weaken the likelihood of a story, it does not disprove it. Disconfirmation comes with contradictions.

Thomas Paine tackled this matter two hundred years ago in The Age of Reason, stumbling across dozens of New Testament discrepancies:

Since Easter is told by five different writers, it gives one of the best chances to confirm or disconfirm the account. Christians should welcome the opportunity.

One of the first problems I found is in Matthew 28:2, after two women arrived at the tomb: “And, behold, there was a great earthquake: for the angel of the Lord descended from heaven, and came and rolled back the stone from the door, and sat upon it.” (Let’s ignore the fact that no other writer mentioned this “great earthquake.”) This story says that the stone was rolled away after the women arrived, in their presence.

Yet Mark’s Gospel says it happened before the women arrived: “And they said among themselves, Who shall roll away the stone from the door of the sepulchre? And when they looked, they saw that the stone was rolled away: for it was very great.”

Luke writes: “And they found the stone rolled away from the sepulchre.” John agrees. No earthquake, no rolling stone. It is a three-to-one vote: Matthew loses. (Or else the other three are wrong.) The event cannot have happened both before and after they arrived.

Some bible defenders assert that Matthew 28:2 was intended to be understood in the past perfect, showing what had happened before the women arrived. But the entire passage is in the aorist (past) tense, and it reads, in context, like a simple chronological account. Matthew 28:2 begins, “And, behold,” not “For, behold.” If this verse can be so easily shuffled around, then what is to keep us from putting the flood before the ark, or the crucifixion before the nativity?

Another glaring problem is the fact that in Matthew the first post-resurrection appearance of Jesus to the disciples happened on a mountain in Galilee (not in Jerusalem, as most Christians believe), as predicted by the angel sitting on the newly moved rock: “And go quickly, and tell his disciples that he is risen from the dead; and, behold, he goeth before you into Galilee; there shall ye see him.” This must have been of supreme importance, since this was the message of God via the angel(s) at the tomb. Jesus had even predicted this himself sixty hours earlier, during the Last Supper (Matthew 26:32).

After receiving this angelic message, “Then the eleven disciples went away into Galilee, into a mountain where Jesus had appointed them. And when they saw him, they worshipped him: but some doubted.” (Matthew 28:16-17) Reading this at face value, and in context, it is clear that Matthew intends this to have been the first appearance. Otherwise, if Jesus had been seen before this time, why did some doubt?

Mark agrees with Matthew’s account of the angel’s Galilee message, but gives a different story about the first appearance. Luke and John give different angel messages and then radically contradict Matthew. Luke shows the first appearance on the road to Emmaus and then in a room in Jerusalem. John says it happened later than evening in a room, minus Thomas. These angel messages, locations, and travels during the day are impossible to reconcile.

Believers sometimes use the analogy of the five blind men examining an elephant, all coming away with a different definition: tree trunk (leg), rope (tail), hose (trunk), wall (side), and fabric (ear). People who use this argument forget that each of the blind men was wrong: an elephant is not a rope or a tree. You can put the five parts together to arrive at a noncontradictory aggregate of the entire animal. This hasn’t been done with the resurrection.

Another analogy sometimes used by apologists is comparing the resurrection contradictions to differing accounts given by witnesses of an auto accident. If one witness said the vehicle was green and the other said it was blue, that could be accounted for by different angles, lighting, perception, or definitions of words. The important thing, they claim, is that they do agree on the basic story–there was an accident, there was a resurrection.

I am not a fundamentalist inerrantist. I’m not demanding that the evangelists must have been expert, infallible witnesses. (None of them claims to have been at the tomb itself, anyway.) But what if one person said the auto accident happened in Chicago and the other said it happened in Milwaukee? At least one of these witnesses has serious problems with the truth.

Luke says the post-resurrection appearance happened in Jerusalem, but Matthew says it happened in Galilee, sixty to one hundred miles away! Could they all have traveled 150 miles that day, by foot, trudging up to Galilee for the first appearance, then back to Jerusalem for the evening meal? There is no mention of any horses, but twelve well-conditioned thoroughbreds racing at breakneck speed, as the crow flies, would need about five hours for the trip, without a rest. And during this madcap scenario, could Jesus have found time for a leisurely stroll to Emmaus, accepting, “toward evening,” an invitation to dinner? Something is very wrong here.

This is just the tip of the iceberg. Of course, none of these contradictions prove that the resurrection did not happen, but they do throw considerable doubt on the reliability of the supposed witnesses. Some of them were wrong. Maybe they were all wrong.

This challenge could be harder. I could ask why reports of supernatural beings, vanishing and materializing out of thin air, long-dead corpses coming back to life, and people levitating should be given serious consideration at all. Thomas Paine was one of the first to point out that outrageous claims require outrageous proof.

Protestants and Catholics seem to have no trouble applying healthy skepticism to the miracles of Islam, or to the “historical” visit between Joseph Smith and the angel Moroni. Why should Christians treat their own outrageous claims any differently? Why should someone who was not there be any more eager to believe than doubting Thomas, who lived during that time, or the other disciples who said that the women’s news from the tomb “seemed to them as idle tales, and they believed them not” (Luke 24:11)?

Paine also points out that everything in the bible is hearsay. For example, the message at the tomb (if it happened at all) took this path, at minimum, before it got to our eyes: God, angel(s), Mary, disciples, Gospel writers, copyists, translators. (The Gospels are all anonymous and we have no original versions.)

But first things first: Christians, either tell me exactly what happened on Easter Sunday, or let’s leave the Jesus myth buried next to Eastre (Ishtar, Astarte), the pagan Goddess of Spring after whom your holiday was named.

Here are some of the discrepancies among the resurrection accounts:

What time did the women visit the tomb?

Who were the women?

What was their purpose?

Was the tomb open when they arrived?

Who was at the tomb when they arrived?

Where were these messengers situated?

What did the messenger(s) say?

Did the women tell what happened?

When Mary returned from the tomb, did she know Jesus had been resurrected?

When did Mary first see Jesus?

Could Jesus be touched after the resurrection?

After the women, to whom did Jesus first appear?

Where did Jesus first appear to the disciples?

Did the disciples believe the two men?

What happened at the appearance?

Did Jesus stay on earth for a while?

Where did the ascension take place?

This first appeared in Freethought Today, March 1990.
Then in Losing Faith in Faith.
It is also a chapter in Godless: How An Evangelical Preacher Became One of America’s Leading Atheists 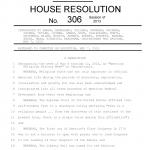 May 10, 2013 “Don’t know much about history" – The Pennsylvania House
Recent Comments
0 | Leave a Comment
Browse Our Archives
Follow Us!

Crokin: Tom Hanks to Be Arrested...
Dispatches From the Culture Wars
Related posts from Freethought Now! 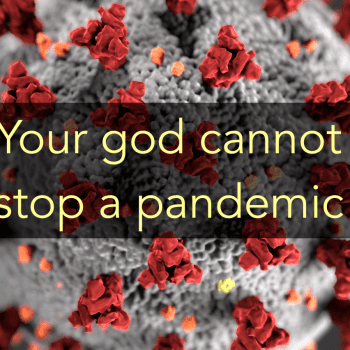