Equal Marriage, Religion, and the Argument from Tradition

An ominous theme weaved its way through the oral arguments in Obergefell v. Hodges, one of the gay marriage cases the Supreme Court heard on Tuesday. (Transcript and audio available.) Early on—less than three minutes into the argument—Justice Kennedy, the likely swing vote, said, “One of the problems is when you think about these cases you think about words . . . and the word that keeps coming back to me in this case is millennia. . . . This definition has been with us for millennia.”

Justice Scalia picked up that thread and ran, saying,  “For millennia, not a single other society until the Netherlands in 2001” permitted same sex marriage.

John Bursch, Michigan’s attorney, made only two arguments: (1) that the majority can democratically decide to curtail the rights of a minority it does not like, and (2) that the one-man-one-woman definition of marriage “has been rationally applied for millennia in every culture.” Bursch managed to mention “millennia” four times in his oral argument.

I listened to these arguments with a growing sense of foreboding, because the argument from tradition has swayed the court in the past.  When the Supreme Court first allowed prayers at government meetings in Marsh v. Chambers (1983) it ignored the First Amendment and focused solely on tradition: “The opening of sessions of legislative and other deliberative public bodies with prayer is deeply embedded in the history and tradition of this country.” In fact, many of the Supreme Court’s all-time worst decisions relied on history and tradition and ignored legal principles.

When the Supreme Court upheld laws limiting work hours for women but not men, it did so partly because, “history discloses the fact that woman has always been dependent upon man. He established his control at the outset by superior physical strength, and this control in various forms, with diminishing intensity, has continued to the present.” Muller v. Oregon, 208 U.S. 412, 421 (1908).

When it denied women the right to practice law, the court cited the “historical fact” that the right to practice law was never “established as one of the fundamental privileges and immunities of” woman. For good measure, the court threw a little religion in too: the “family organization, which is founded in the divine ordinance . . . is repugnant to the idea of a woman adopting a distinct and independent career.” Bradwell v. Ill., 83 U.S. 130, 141 (1872).

Dred Scott, the most infamous of all the Supreme Court’s decisions, absolutely venerated history:

Chief Justice Burger’s entire concurrence in Bowers v. Hardwick (1986), which upheld statutes that criminalized sodomy, argued that history can validate discrimination: “homosexual conduct ha[s] been subject to state intervention throughout the history of Western civilization. . . . To hold that the act of homosexual sodomy is somehow protected as a fundamental right would be to cast aside millennia of moral teaching.”

(If you’d like to know more about the terrible nature of tradition as a legal argument, please read the amicus brief FFRF submitted in the Greece v. Galloway case, where we urged the Court to overturn Marsh.)

The link between the arguments against gay marriage and for government prayer is more than superficial. In fact, during the gay marriage argument, religion featured alongside tradition. Justice Scalia was “concerned about the wisdom of [the Supreme] Court imposing through the Constitution a requirement of action which is unpalatable to many of our citizens for religious reasons.” Justice Breyer pointed out that prohibiting gay marriage only has two rationales: “And so we ask, why? And the answer we get [is], well, people have always done it. . . . Or two, because certain religious groups do think it’s a sin . . . but is a purely religious reason on the part of some people sufficient?”

Religion is, in one sense, the mother of all arguments from tradition. Ruth H. Green said, “There was a time when religion ruled the world. It is known as the Dark Ages.” The argument from tradition is an attempt to subvert fairness because… well, just because. No reason other than tradition is ever given because there is no good reason. By its very definition, human progress will be halted if tradition rules. If “tradition” had trumped reason in debates over segregation, women’s rights, slavery, and so on, we’d be in the dark ages.

To say that a practice is traditional says nothing about its merits or truth.  Such practices can be unjust, like segregation and slavery, or counterfactual, like creationism, geocentricity and flat-earthism. An argument from tradition is the death rattle of a belief or practice that cannot stand on its merits, and must therefore be propped up by the years when we did not know any better.  If anything, a practice that is justified on tradition alone should be immediately suspect, not given a free pass as the court did for government prayer in Marsh.

The closest factual analogy to gay marriage is interracial marriage, which was prohibited until the court decided Loving v. Virginia in 1967. There was a long history of anti-miscegenation laws, some in place since colonial times. In 1630, Hugh Davis received the earliest recorded punishment, he was “soundly whipped before an assembly of Negroes and others for abusing himself to the dishonor of God and the shame of Christians by defiling his body in lying with a negro; which fault he is to acknowledge next Sabbath Day.” Walter Wadlington, The Loving Case; Virginia’s Anti-Miscegenation Statute in Historical Perspective, 52 Va.L.Rev. 1189, 1191 (1966). Instead of relying on that long history to uphold anti-miscegenation laws, the Supreme Court struck them down as a violation of rights.

I must admit, the talk of tradition in the Supreme Court earlier this week was alarming, especially given what the court has done with the tradition of government prayer. But I still hope, and even predict, that five and perhaps six justices will shun tradition in favor of equal marriage, just as they did in Loving. 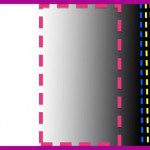 May 11, 2015 What I Learned from Fighting Back Against Public School Bible Distributions
Recent Comments
0 | Leave a Comment
Browse Our Archives
Follow Us!