A federal court in Michigan has allowed a religious employer to discriminate against a transgender employee because “the Bible teaches that God creates people male or female,” and “that a person’s sex is an immutable God-given gift and that people should not deny or attempt to change their sex.” The employer, a funeral home director, claimed that allowing a transgender employee to “deny their sex while acting as a representative” of the company “would be violating God’s law,” so he fired the employee. The court upheld the termination in a ruling FFRF condemns.

You may remember when the Supreme Court used the Religious Freedom Restoration Act to allow a for-profit corporation, Hobby Lobby, to claim a religious belief and the privilege of imposing that on all its employees. Basically, RFRA allows religious people, businesses, and/or corporations to violate generally applicable laws by claiming that the laws conflict with their religious beliefs. (Read our RFRA FAQ here.)

The Michigan court’s decision is based on the Hobby Lobby case, “this court is bound by the majority opinion in Hobby Lobby,” which is based on RFRA.

Put a bit more simply, the court wrote, “as to the wrongful termination claim . . . the funeral home is entitled to a RFRA exemption.”

After the Hobby Lobby decision, I wrote a post for the Friendly Atheist, “Five Reasons the Hobby Lobby Decision Should Terrify You.” In it, I wrote that other cases were already being filed, “other cases [that] argue that religion can justify discrimination” and I pointed to a long history of religion being used to justify discrimination. Once we accept the rationale that religion can trump the law, that same rationale applies to people whose religion declares the white race superior to others, i.e., the KKK, Bob Jones University, segregationists, and anti-miscegenation proponents.

RFRA allows one individual’s personal religious beliefs — which have no basis in reality or fact — to trump laws meant to protect all Americans. RFRA elevates religion over reason.

Freedom of religion allows every citizen to create his or her own religion, but it was never meant to allow people to act on those beliefs with impunity. But that makes the consequences of elevating personal beliefs above the law, which RFRA does, far more pernicious. The Supreme Court 150 years ago could not even envision such fallacious legal reasoning: “Suppose one believed that human sacrifices were a necessary part of religious worship, would it be seriously contended that the civil government under which he lived could not interfere to prevent a sacrifice?” Now, the law bows to sincerely held religious beliefs.

FFRF has been sounding the warning about RFRA and authored the sole brief in that case arguing that the law was unconstitutional (thanks to the talented legal scholar Marci Hamilton).

In another article, we pointed out that RFRA and its state analogues were going to lead to discrimination:

This case is the first instance where a court has upheld discrimination under RFRA that we’re aware of, but it can also be the last.

The best solution here is to repeal RFRA. Contact your representative and senator today and ask them to repeal RFRA. In the alternative, ask them to support the Do No Harm Act, which we’ve written about here and which would not permit RFRA to validate discrimination.

Portions of this post were published elsewhere. FFRF is a national nonprofit dedicated to keeping state and church separate and educating about nontheism. We depend on member support, please join today. 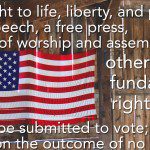 August 18, 2016
Kentucky school board member gets schooled on ark park email
Next Post 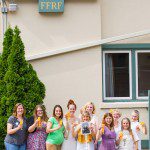 August 26, 2016 Special Weekly Report: All the good stuff at work
Recent Comments
0 | Leave a Comment
"https://m.youtube.com/watch...Says it all really."
Brian Shanahan FFRF’s Freethought Now Blog has moved!
"I am unable to find an RSS feed for the new site. As I have ..."
David Brown FFRF’s Freethought Now Blog has moved!
"Should we expect new translations from the Greek, given this new lexicon?"
epeeist Recovering a secular ancient treasure
"It's a shame that Aristotle was the goto for answers for so many years and ..."
Jim E Jones Recovering a secular ancient treasure
Browse Our Archives
get the latest updates from
Freethought Now!
and the Patheos
Nonreligious
Channel
POPULAR AT PATHEOS Nonreligious
1