Patheos Explore the world's faith through different perspectives on religion and spirituality! Patheos has the views of the prevalent religions and spiritualities of the world.
By Ryan D. Jayne
Staff Attorney
Freedom From Religion Foundation 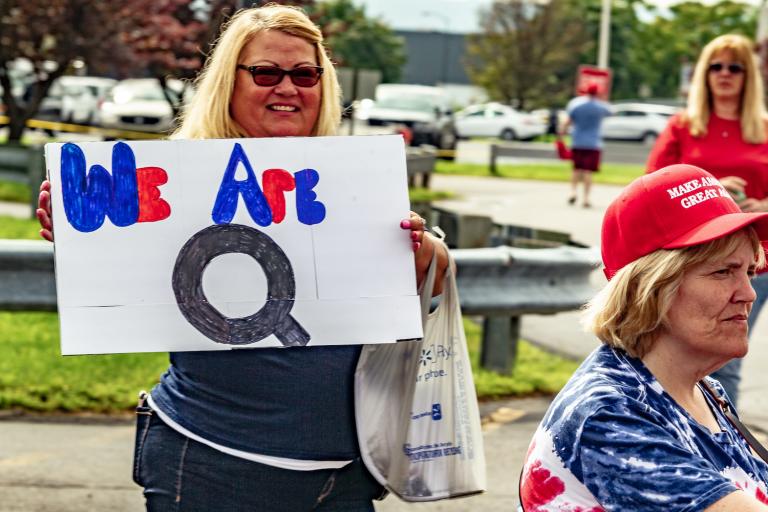 How does one deal most effectively with QAnon-type conspiracy theories? And what lessons do the nation’s Founders have to offer us in this regard?

Conventional wisdom is to avoid giving oxygen to such obviously false conspiracy notions. But this only makes sense when these theories are confined to fringe corners of the internet. In the case of the QAnon conspiracy theory, the horse is out of the barn. Rational Americans must fight the spread of this thought contagion, and ignoring it is not good enough. An instructive mistake by America’s Founders suggests that the right approach is to focus on improving education — and on ensuring that we retain a secular government.

When encountering QAnon believers, we can dream of having a transparent discussion, where claims can be fairly tested against facts, so that everyone involved will quickly reject baseless claims. The problem is that we know this is not what really happens in the age of the internet. Due in large part to our educational failure to teach students how to think about dubious claims, conspiracy theories and junk science have a tendency to take deep roots, to the point where demonstrating their falsity only strengthens the resolve of those who believe them, making them dig in their heels and cling to their unfounded beliefs even more tightly.

America’s Founders, too, discussed how to deal with a scientifically illiterate populace, and they reached an unfortunate conclusion. The Founders were educated elites concerned about Americans who lacked a similar pedigree, and some of them decided to plug that perceived hole with religion.

While certainly not all of the Founders rejected religion themselves, they were a product of the Enlightenment and so their religious beliefs adapted to accommodate their understanding of the natural world. Jefferson famously cut out all the supernatural passages of his bible, Washington rarely prayed or attended church, and generally American’s early leaders were a far cry from their fundamentalist European predecessors. The fact that the United States was the first country to bake a separation between state and church into its Constitution speaks volumes.

And yet, the Founders were nervous about sharing this Enlightenment understanding with the general populace. It was revolutionary for heads of state to govern based entirely on reason rather than religion, but nonreligious plebeians were a bridge too far: Without a modern education, what would keep the commoners in line other than religion? This is why John Adams famously said that the Constitution was “only for a moral and religious people.” A secular government had never been tried before. Ben Franklin warned that without religion, “weak and ignorant” people would not know how to be good. Without religion, they reasoned, the masses might not respect the rule of law and the government would be jeopardized, but meanwhile the Founders knew that they themselves didn’t need religion to be moral.

How condescending. We have since confirmed that society does not require religiosity to be moral. Over the past 250 years, the Western world has become far less religious, far more peaceful and far healthier. In the past few decades, religiosity in America has sharply declined while crime not only did not spike, but rather declined as well. Franklin and Adams  got this one wrong.

What can this teach us about how to approach modern conspiracy theories? First, we must fight ignorance through education, not by dismissive condescension. As tempting as it is to look down on those who fall for irrational conspiracy theories as fundamentally unfit for rational discourse, we must have more respect for them than that. We must presume that they want to believe things that are true. Then, we should strive to equip them to reason their own way out of their false beliefs.

Psychology and neuroscience have taught us that explaining to “true believers” why they are wrong will backfire more often than not, regardless of what the belief is. If someone strongly believes that rich and powerful forces are conspiring to take over the world, factual arguments to the contrary will only convince them that the one making those arguments is part of the conspiracy. So another approach is required when confronting “true believers.”

The next time you encounter QAnonsense online, instead of reflexively telling the person how wrong they are, see if they’re willing to examine their beliefs. Try to get them to ask the right questions rather than telling them the answers. Ask them how they would test an analogous claim. If they think Jeff Bezos is responsible for COVID, ask them how they would evaluate a claim that Lady Gaga is responsible for polio, a ridiculous claim that they’re not emotionally connected to, and help them reason through the process if they’re willing to engage with you. Promote scientific literacy. You can lead them to water, though not many will drink.

Of course, none of this is to say we should hide the truth, or withhold refutations of bad arguments entirely. Just remember that confronting a “true believer” head-on is never persuasive to them.

If this reminds any readers of their experience debating religious believers, that’s no coincidence. As FFRF’s Barbara Alvarez recently pointed out, the overlap between QAnon and certain forms of religious belief, especially evangelical Christianity, are striking. More specifically, since QAnon has included COVID-19 denial in its mix of lies, the movement has coalesced with Christian Nationalism, a toxic mix of religion and revisionist history that strongly correlates with  disregarding scientific evidence regarding the pandemic. Those pushing the craziest conspiracy theories, and those working to insert their version of Christianity into the U.S. government, are largely the same people.

This suggests another effective strategy in stopping QAnon: Stop Christian Nationalism. Stand up for our secular government and don’t let the internet’s loudest voices spread misinformation about the religious character of our nation unchallenged. Remind everyone you can, as often as you can, how the Founders got many things wrong, but one thing very right: The only path to a reason-based society, and a society with religious liberty for all, is a government that is free from religion.

Image via Shutterstock by Brandon Stivers 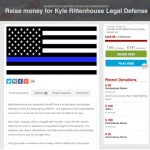 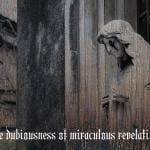 September 3, 2020 The dubiousness of miraculous revelations
Recent Comments
0 | Leave a Comment
Browse Our Archives
get the latest from
Freethought Now!
Sign up for our newsletter
POPULAR AT PATHEOS Nonreligious
1 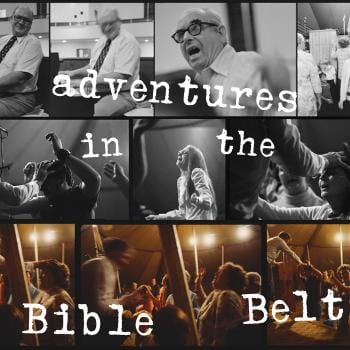