How religion is devolving

How religion is devolving July 29, 2020 Freedom From Religion Foundation 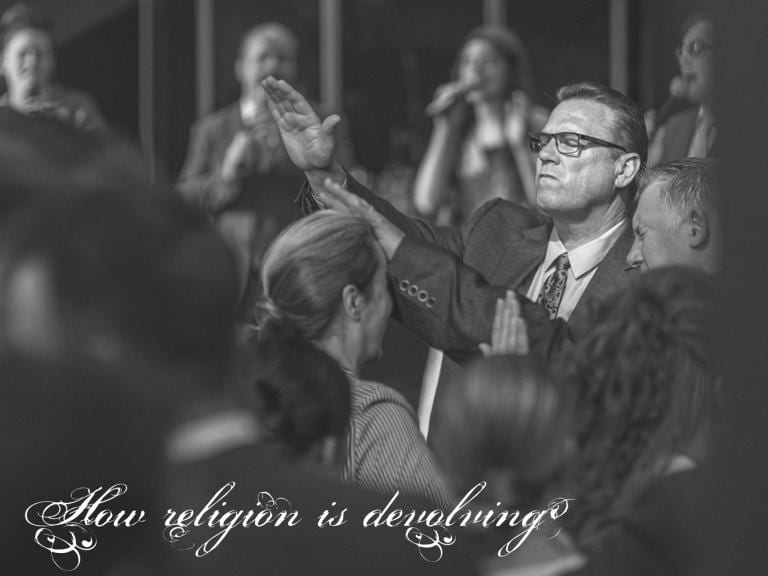 Religion in America is essentially changing.

Fundamentalist writers deny that Christianity is in retreat. Instead, they say, only weak believers are quitting Catholic and mainline Protestant churches, while hard-core, true-blue, devout adherents remain as firm as ever.

The Myth of the Dying Church, a recent book by Glenn Stanton of Focus on the Family, claims that supernatural-oriented “born-again” folks have retained all their fire — and presumably all their fervor for narrow-minded “Religious Right” political causes. “The percentage of Americans who attend church more than once a week, pray daily, and accept the bible as wholly reliable and deeply instructive to their lives has remained absolutely, steel-bar constant for the last 50 years or more, right up to today,” Stanton writes in The Federalist.

Stanton admits that “liberal Protestant churches” have suffered enormous losses. “People are leaving those churches as if the buildings are on fire,” he writes. He says this is happening because the mainline ceased believing miracle tales and other divine claims of the bible. “They might as well become Unitarians or something like that,” he has said in an interview.

Well, I suppose it’s true that “intense” religion remains strong in America. After all, one-fourth of all Christians now are reportedly Pentecostals or Charismatic who “speak in tongues.” That’s pretty intense.

Here’s why: When I was young in the 1950s, America felt high respect for “tall-steeple” mainline Protestant churches with seminary-educated clergy, many with doctorate degrees. Back then, the most respectable community leaders belonged to the most highbrow congregations. Far less respected were arm-waving, whoop-and-holler, fundamentalist churches with amateur, self-proclaimed preachers. Bottom status went to “holy rollers,” those pitiable emotional religious basket cases. It’s a realm notorious for Elmer Gantry-type charlatans.

When America’s secular tidal wave began a half-century ago, it eroded mostly the high-prestige elite churches. Episcopalians, Presbyterians, Lutherans, Methodists and the such lost millions of members while the nation’s population climbed. In other words, educated, reputable faith disintegrated — but lower-status, less-respected religion held firmer. (In fact, it became tied at the hip with the Republican Party.)

Younger Americans especially quit religion, leaving mostly gray heads in pews. A societal transformation is in progress. The ratio of Americans who belong to church has fallen 20 percent in the past two decades. The share of adults who say their faith is “none” has climbed to one-fourth — and one-third among adults under thirty. Soon, “Nones” may outstrip all other categories.

Shrinkage of respected churches leaves more low-respect ones behind. Thus religion itself loses prestige in America’s eyes. After all, it’s difficult for educated people to admire believers who spout “the unknown tongue” or croon in church.

American values will, hopefully, continue evolving until it’s assumed that intelligent, science-minded people naturally disbelieve supernatural claims. And religion will move toward low-prestige. That’s a powerful implication of the demographic shift that is occurring.

This piece is adapted from a June 10, 2019, column written for Daylight Atheism at Patheos. 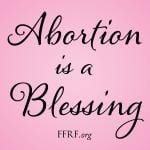 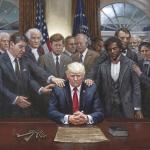 July 31, 2020 Jon McNaughton: The Thomas Kinkade of Christian Nationalism
Recent Comments
0 | Leave a Comment
Browse Our Archives
get the latest from
Freethought Now!
Sign up for our newsletter
POPULAR AT PATHEOS Nonreligious
1 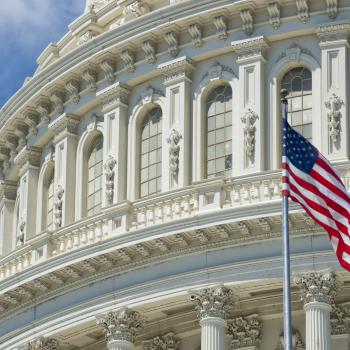