Mike Pence, Paula White, stellar ratings, ‘60 Minutes’ — among much else

The Freedom From Religion Foundation this week contended with a huge spectrum of issues, all the way from Mike Pence and President Trump’s “spiritual adviser” to local concerns. But first some good news.

We received stellar ratings!
The country’s premier charity ratings agency showered us with accolades. “We are proud to announce Freedom From Religion Foundation has earned our 10th consecutive four-star rating,” Charity Navigator’s CEO Michael Thatcher informed us in a letter, which makes FFRF part of only 2 percent of charities achieving that distinction. And this isn’t all. FFRF was among just 1 percent of charities attaining a 100 percent accountability and transparency score. In our “Newsbite” segment, FFRF Co-President Annie Laurie Gaylor talks about the commendation — and how it demonstrates our able stewardship of your money. 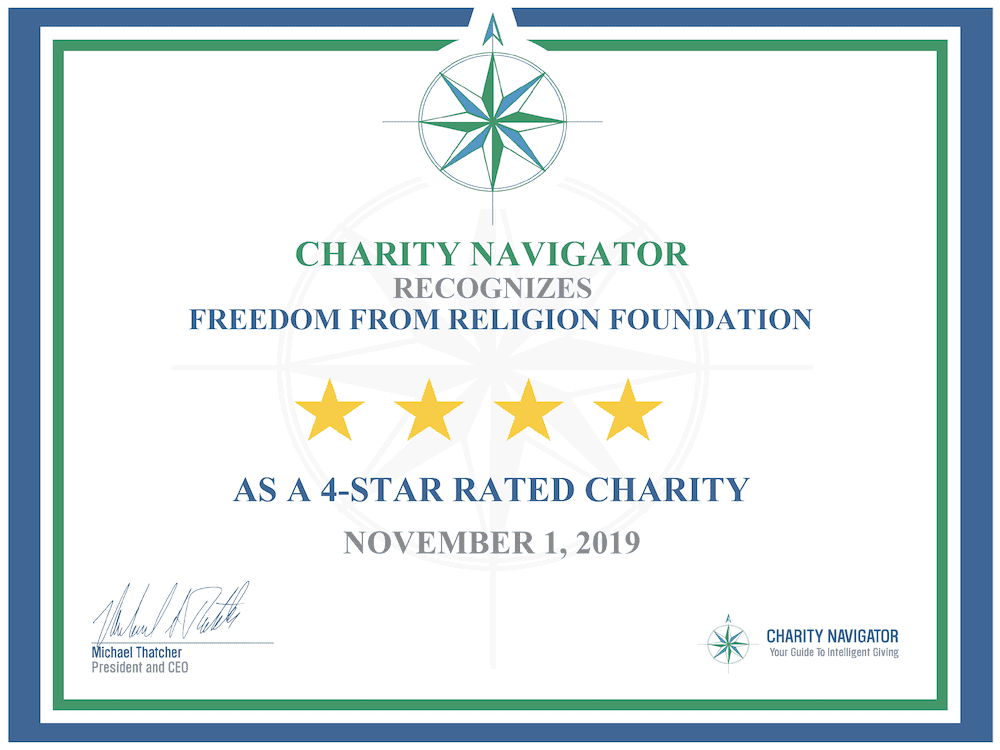 Watch us on ‘60 Minutes’
The other piece of positive news is that we’re again on “60 Minutes” this week. Harvard Professor and best-selling author Steven Pinker is endorsing us during the legendary newsmagazine broadcast this Sunday. It’s the final installment of a three-week ad run we’ve had on the show. Check it out!

Mike Pence is up to no good
The Trump administration is up to its old tricks — and we’re keeping a vigilant watch. A recent ProPublica expose reveals that the vice president is channeling U.S. foreign aid to favored Christian groups abroad, and we fired off a strongly worded protest. “This shows how a Christian Nationalist mindset is directing policy in this administration on all fronts,” remarks Annie Laurie. 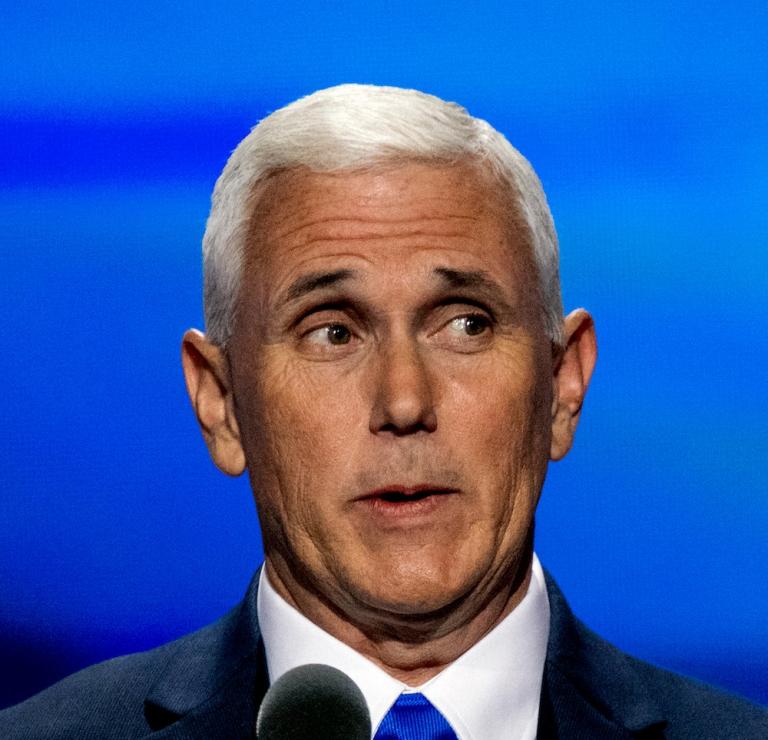 Trump’s “spiritual adviser” now on taxpayer salary
And Paula White, a “spiritual counselor” to President Trump, is joining the White House staff as part of the Faith and Opportunity Initiative, receiving a federal government salary and influencing the allocation of millions in federal funds. We vowed to continue to strive against the faith initiative and the rampant Christian Nationalism of this administration. FFRF Director of Strategic Response Andrew Seidel explains in a Rewire News column why the Trump administration has hired White.

Fighting for you on Capitol Hill
We now have a wonderful representative working to advance secularism on Capitol Hill. Mark Dann, our recently hired director of governmental affairs, is pushing the freethought agenda hard in Congress and tells us about all the achievements and progress over the past month. 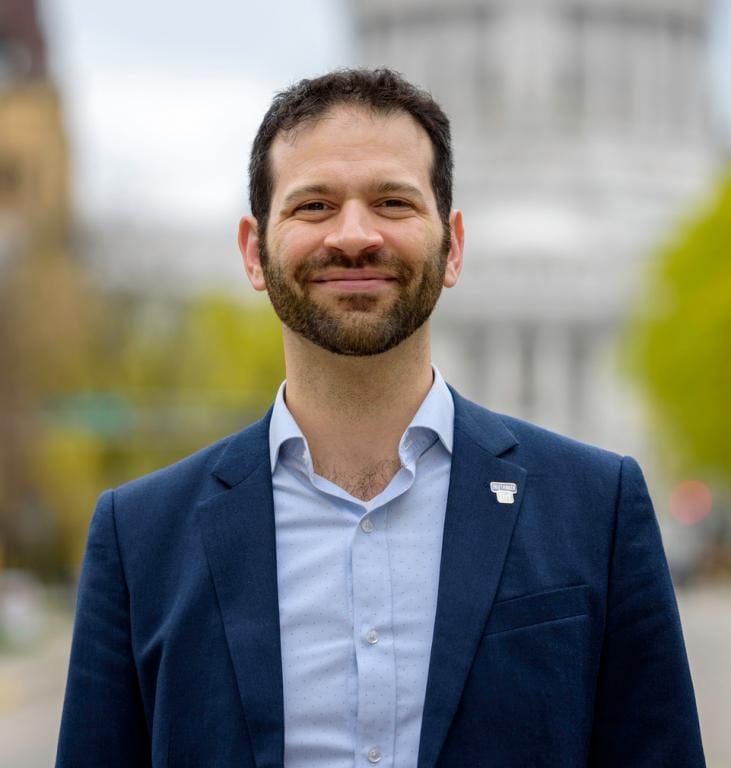 The Catholic League withdrew a falsehood about us
We have to sometimes deal with off-the-deep-end antagonists, and few fit more in that category than the Catholic League and its President Bill Donohue. When Donohue published a false assertion about us, we immediately demanded a correction and retraction. The group (partially) complied. It’s a never-ending battle.

A landmark family
Fortunately, there are folks sharing and advancing our values. One such person was a key player in a landmark constitutional case — in fact, he also wrote a book about it. Dan McCollum was a boy in the 1940s when his mother got the U.S. Supreme Court to side with her attempt to halt religious indoctrination classes in the public schools in the family’s hometown of Champaign, Ill. See where you can watch Dan on Sunday talk about his family and the case. Or you can catch it anytime on our YouTube channel. 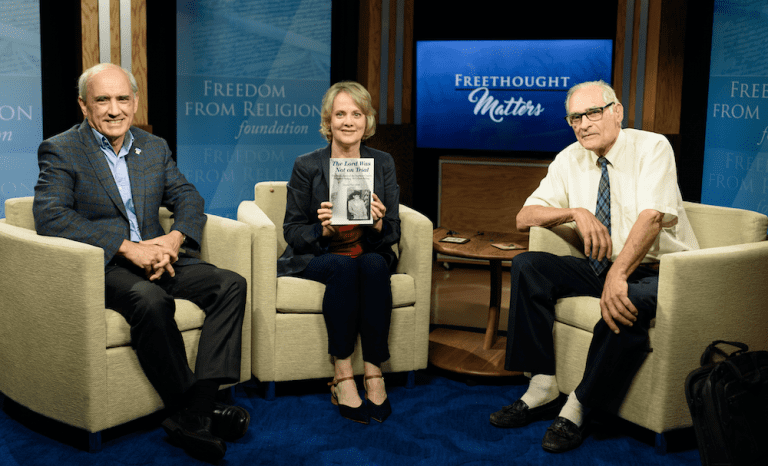 Leaving the Westboro cult
On our radio show this week, Annie Laurie and I interviewed a person who crossed over to our side a few years ago. You won’t want to miss hearing Megan Phelps-Roper, granddaughter of the notorious cult leader Fred Phelps, talks about her life and her poignant new book, Unfollow: A Memoir of Loving and Leaving the Westboro Baptist Church.

We’re getting media attention
Our involvement at the local level to uphold the secular Constitution is generating media buzz all over the country.

“A church-state watchdog group is calling on administrators in Cameron to put a stop to coach-led prayers at high school football games,” a Missouri TV station reports. “The Freedom From Religion Foundation, a Wisconsin-based nonprofit that works to ‘protect the constitutional principle of separation between church and state,’ said it received a complaint from someone in the community concerning the alleged actions by head football coach Jeff Wallace and assistant coach David Stucky.”And an intervention we made on our home territory has gotten noticed, too.

“The city of Fitchburg is double checking whether money it gave to a local church violated the First Amendment,” reports our hometown TV station about a Madison suburb. “As part of its new healthy neighborhood initiative, the city of Fitchburg pledged to reimburse up to $10,000 for some events held by Chapel Valley Church. Ryan Jayne with the Freedom from Religion Foundation said research his group did shows the Chapel Valley Church was intending to use public funds to share their religion at a community event.”

We’re always glad to be of help.

The national or the local, the positive or the negative — we manage to cope with all these situations only because of you and your wonderful backing. 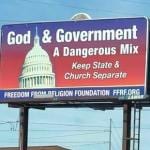 November 1, 2019
Our convention, TV ads, book burnings — and lots else
Next Post 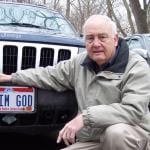 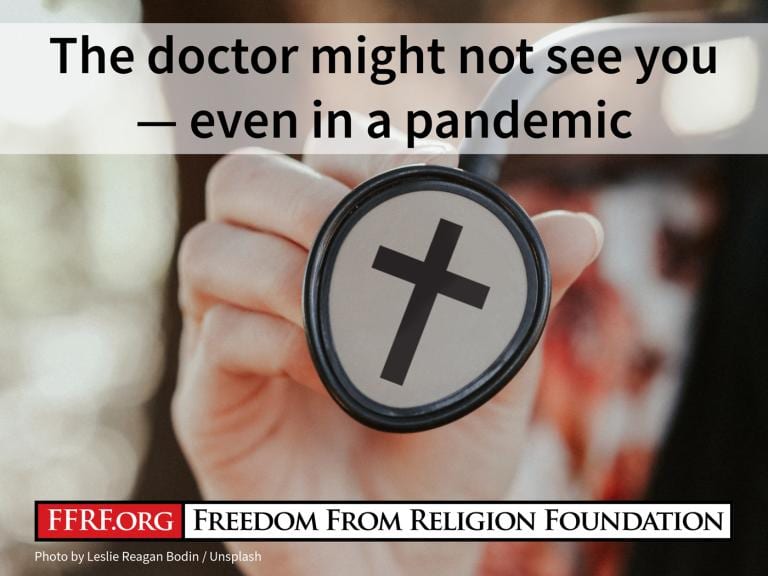 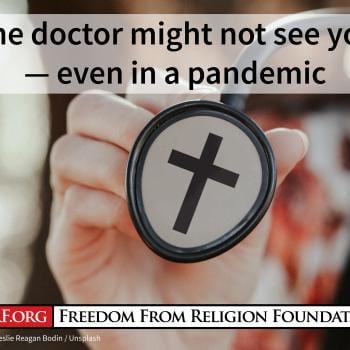 Nonreligious
The doctor might not see you — even...
Freethought Now!
TRENDING AT PATHEOS Nonreligious