Moses, Christian Nationalism, and the Texas Board of Education

Moses, Christian Nationalism, and the Texas Board of Education October 22, 2018 Andrew Seidel

The Texas State Board of Education is rewriting history. The Board’s proposals to cut out Helen Keller and Hillary Clinton have stoked the culture war, but they’ve also overshadowed a more alarming historical revision: the Board’s claim that Moses and the Ten Commandments were a crucial influence on the Founders.

This claim is already codified in several teaching standards that attribute America’s founding principles to Judeo-Christianity, Moses, and the Ten Commandments and the Board has repeatedly refused to remove it.

In the Washington Post, Donna Bahorich, chair of the Board, defended the claims in the weakest terms, citing artwork in the Supreme Court and National Archives and a single Time magazine article from 2009. Never mind that scholars repeatedly testified to the Board about the gross falsity of the claim. Who needs facts and scholarship when you have random artistic renditions around which to base a curriculum for 5.4 million students?

The facts don’t support the myth. But the erroneous claim is so omnipresent — and so dangerous in the Trump era — that I had to write an entire book about it, The Founding Myth: Why Christian Nationalism is Un-American (Sterling Publishing, May 2019). The single most accurate predictor of whether or not a person voted for Donald Trump in the 2016 election was not religion, wealth, education, or even political party; it was believing the United States is and should be a Christian nation. The false narrative that the Bible and Moses and the Ten Commandments form the basis for the United States is central to Christian nationalism. 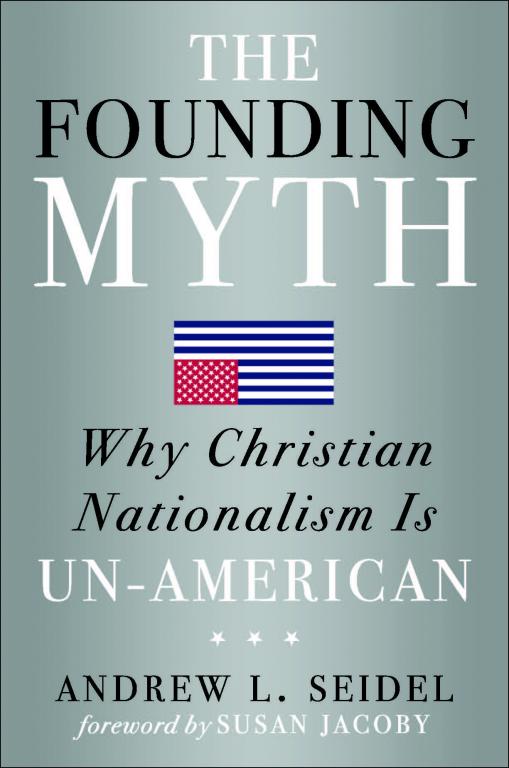 There is no historical basis for the Board’s claims. The Bible and prayer were hardly mentioned at the Constitutional Convention, at which the founders actually drafted our founding document without any mention of a god — a first in political science. Biblical principles are also noticeably absent from the Federalist Papers.

The governments the bible espouses are theocratic monarchies. Two books of the bible are titled “Kings.” Its heroes are kings: Saul, David, and Solomon. There is no whiff of representative government in the Bible, yet in Texas, students are expected to “explain the development of democratic-republican government from its beginnings in the Judeo-Christian legal tradition.”

The Ten Commandments are no better. (Which Ten Commandments — there are four sets — were so influential? is never a question the Board answers.) Those principles in the Decalogue that overlap with our criminal laws — the prohibitions on murder, theft, and perjury — are not exclusive or original to Judeo-Christianity. They are universal principles that all humans understand. It is the height of pretension to claim that a universal human principle belongs to one religion, especially a relatively new religion.

Most of the commandments conflict with core American principles. “I am the Lord your God” and “Have no other gods before me” violate the core constitutional principle of religious freedom. “Don’t take a name in vain” is vague but still manages to violate the First Amendment. As does the command not to make worship images or idols. The punishment for violating that idol-worshipping command stands opposed to every American notion of justice — it punishes innocent children, “to the third and fourth generation,” if their parents exercise their constitutionally protected religious freedom. The Tenth Commandment’s ban on coveting hits a trifecta of condoning slavery, treating women as chattel, and criminalizing thought.

There are certainly some elements of biblical influence on our laws, but none that Christian nationalists want to claim. The Ten Commandments sanction slavery. Twice. That biblical sanction justified the maintenance of that inhumanity in this country. And Judeo-Christianity bears some of the blame for relegating women to their second-class status for centuries, as Elizabeth Cady Stanton pointed out. Yet, the Texas State Board has not insisted on teaching these less flattering influences.

Instead, members of this Board, including Bahorich, are using their public offices and Texas public schools to impose their religion on other people’s children. This is not education, but indoctrination. And it needs to stop. 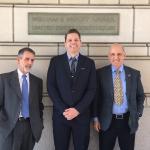 October 19, 2018
Weekly Wrap: Taking on Congress, the Saudis, Ireland — and others
Next Post 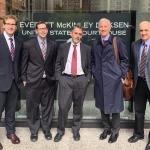 October 26, 2018 Puppy abusers and clergy giveaways (with a round of college football)
Recent Comments
0 | Leave a Comment
"https://m.youtube.com/watch...Says it all really."
Brian Shanahan FFRF’s Freethought Now Blog has moved!
"I am unable to find an RSS feed for the new site. As I have ..."
David Brown FFRF’s Freethought Now Blog has moved!
"Should we expect new translations from the Greek, given this new lexicon?"
epeeist Recovering a secular ancient treasure
"It's a shame that Aristotle was the goto for answers for so many years and ..."
Jim E Jones Recovering a secular ancient treasure
Browse Our Archives
get the latest updates from
Freethought Now!
and the Patheos
Nonreligious
Channel
POPULAR AT PATHEOS Nonreligious
1