(Update: Since contacting The National Catholic Register about the inaccuracies, they updated the blog in question with a correction, deleting the offensive and untrue characterizations. FFRF is pleased about their responsiveness.)

Roman Catholic fundamentalist Angelo Stagnaro has maligned me and the Freedom From Religion Foundation — and the freethought movement as a whole.

As part of a vicious piece extolling Mother Teresa “and other saints,” Stagnaro writes in a recent National Catholic Register blog: “I’ve done extensive research on Ms. Gaylor, her organization, and fundamentalist atheists in general and apparently, they’ve resolutely and selfishly refused to help anyone.” [Italics in original]

Stagnaro’s research couldn’t have been too extensive.

I am the volunteer co-administrator of the Women’s Medical Fund Inc., believed to be the longest-lived, continuously operating abortion rights charity in the nation. The Women’s Medical Fund has helped more than 22,000 women without means in the state of Wisconsin to exercise their rights under Roe v. Wade. Those rights would have been deprived due to the Catholic-based cut-off of abortion care for indigent women who quality for medical assistance. The foremost cheerleader for that cut-off was U.S. Rep. Henry Hyde, a well-known proponent of Roman Catholic doctrine who misused his civil authority to force his religious dogma on American women, creating great suffering and inequality.

The Women’s Medical Fund charity was founded by atheists: Anne Nicol Gaylor, my mother, who died last year at 88, Professor Robert West and his late wife, Peg. Its board is made up principally of nonbelievers. But we resolutely help anyone who is eligible without reference to their religious beliefs or lack of beliefs. Need is the criterion, and the need is great. We wouldn’t dream of pushing our nontheism upon women calling us for help, much less asking what their religious beliefs are. I not only volunteer to help work directly with women being helped, but also am a financial donor. My mother always felt taking calls from beleaguered women seeking to seize control of their own reproductive lives and destinies was the most important thing she did.

Women’s Medical Fund exists to help, not to “proselytize” atheism. Our charity would not be necessary were it not for the unwarranted interference of religious legislators into the private lives of often powerless women citizens.

Stagnaro, in spite his “extensive research,” also failed to discover that I am proudly the volunteer president of Nonbelief Relief, Inc. The organization, whose motto is “Atheists work to make this life heavenly,” is a one-year-old charitable entity of which the Freedom From Religion Foundation Executive Board is the sole member. Nonbelief Relief exists to remediate conditions of human suffering and injustice, whether the result of natural disasters, human actions or adherence to religious dogma.

Just recently, Nonbelief Relief has provided $10,000 to the Human Compassion Fund to survivors or families of the victims of the Orlando nightclub shooting; more than $50,000 to endangered bloggers to leave Bangladesh, where they are on ISIS hit lists just for being public nonbelievers; and $10,000 2 to a Baton Rouge-area school district following the flooding last month. Other help includes $10,000 for a Little Home for the homeless in Madison, Wis., and in the past year tens of thousands of dollars to assist in U.S. World Food Program “hot spots.” Additionally, Nonbelief Relief has given $20,000 to Doctors Without Borders following the “friendly fire” destruction of its hospital in Afghanistan last fall.

Nonbelief Relief does not ask the religion of victims of natural disasters and we never expect recipients to read atheistic literature as a condition of receiving handouts. Plus, we don’t request governmental funding of our private charity, as so many religious charities regularly do. Often, religion gets the credit, and taxpayers get the bill.

Stagnaro goes further, smearing the freethought movement as a whole: “It will be a bright, happy, sunshiny day in Hell before fundamentalist atheists build a school, hospital/clinic, breadline, food pantry, retirement center for the indigent poor.”

It’s hard to know where to begin, but let’s start with schools and hospitals. Of course, our public infrastructure, including universities and hospitals, is a product of a secular age, based on a humanistic belief that education and health care should be the right of every human being.

It’s also instructive to note that one of the largest gifts for a college in 19th century history was by Stephen Girard, among the wealthiest persons in the United States when he died in 1831. After a life involving considerable philanthropy, he left nearly his entire estate, valued at $7.5 million, to charity, including tens of thousands to public schools and hospitals, $500,000 to the city of Philadelphia, and more than $5 million for the construction and endowment of a college for orphans, instructing that there should be no sectarian control or instruction.

Red Cross was founded by Clara Barton, who was deistic and remained a creedless Universalist throughout her life.

Andrew Carnegie, who believed “the whole scheme of Christian Salvation is diabolical,” set up much of our public library system in the United States and his foundation is still doing charitable and educational work. His $56 million built 2,509 libraries, and by his death he had given away more than $350 million.

Jane Addams, famous as a reformer (who co-founded what became the Women’s International League for Peace and Freedom and received the Nobel Peace Prize in 1931), believed in “a rational world to believe in and live in,” and took care that religion was not introduced in the Hull House, as she considered it a divisive force.

Nobel-winning novelist Pearl Buck, who began the Pearl S. Buck Foundation, had “no need for any other faith than my faith in human beings.”

• Bill Gates, who is nominally nonreligious, has signed the Giving Pledge, as have many other nonbelievers, a commitment to dedicate the majority of their wealth to philanthropy. The Gates Foundation has spent $36.7 billion in grant payments to make this world — our only world — a better place.

• Warren Buffett, an agnostic whose “concerns are entirely secular,” famously pledged in 2006 to donate most of his wealth to five foundations, with 83 percent going to the Gates Foundation.

In a recent example, Amber Heard, the actress and a notable nonbeliever, is giving away the entire $7 million of her divorce settlement for charitable and social justice purposes.

Nonbelievers have always been as — if not more — charitable than believers, but have either lacked the infrastructure to give as a group with a secular identity or have lacked the hubris and arrogance to highlight our personal philosophical beliefs.

Helping others for whatever reason is laudable. But it is not laudable to imagine that the motivation to help others only exists in Christians or stems from religious belief. On the contrary, there is no book between whose covers life is so cheap and expendable as the bible. Those of us who reason that we need to take it one world at a time — and only on evidence, not faith — are not satisfied with “pie in the sky” and do not seek to console victims of injustice by the empty promise of eternal rewards.

Doing good, without God, is its own reward. 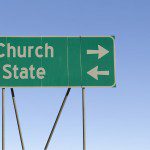 September 2, 2016
Special Weekly Report: More than enough to keep us occupied
Next Post 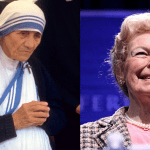 September 9, 2016 Mother Teresa & Phyllis Schlafly: Reactionary handmaidens
Recent Comments
0 | Leave a Comment
"Should we expect new translations from the Greek, given this new lexicon?"
epeeist Recovering a secular ancient treasure
"It's a shame that Aristotle was the goto for answers for so many years and ..."
Jim E Jones Recovering a secular ancient treasure
"Science starts with a question, religion starts with an answer."
larry parker There’s no comparison between science and ..."
"Much as I'd love for my discipline to take credit for a lot of this, ..."
axelbeingcivil There’s no comparison between science and ..."
Browse Our Archives
get the latest from
Freethought Now!
Sign up for our newsletter
POPULAR AT PATHEOS Nonreligious
1