Probing Pence: Did his Hillsdale College commencement speech get anything right?

Every year, the Freedom From Religion Foundation gets complaints about graduations in public schools. Preachers delivering sermons, staff and students scheduled to deliver prayers, the graduation being held in a church — you name the violation, we’ve seen it. None of these is an issue for a commencement ceremony at a private religious college, such as Hillsdale College in southern Michigan, which, however, had a problem of its own.

The trouble with Hillsdale’s commencement, which was full of religion, was that it was also full of lies and alternative facts (but perhaps I repeat myself). The source of this problem was Vice President Mike Pence, who addressed the graduating class.

One of Pence’s favorite lines, which he used when he accepted the Republican nomination and trotted out again for the graduates, nicely illustrates the Pence problem: “I’m a Christian, a conservative, and a Republican — in that order.” Pence considers himself a Christian before anything else, including someone who values facts and truth (but perhaps I repeat myself yet again).

Pence’s extremely conservative Christian worldview taints all he sees, even reality. The rest of his speech proves the point. If you can stomach it, here’s the whole thing: 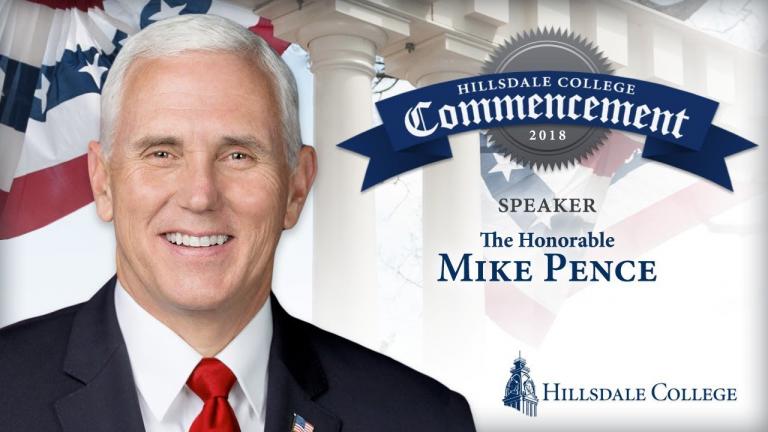 After some niceties, Pence launched into it. Buckle up.

“And I can personally attest, from my travels across this nation, faith in America is rising once again.”

Pence can attest all he wants, but personal assertions don’t alter reality. Nearly every study in the last decade has shown that Americans are leaving religion behind.

If we focus on those who don’t just check the “none” box, but also consider themselves atheist or agnostic, the numbers are striking. Atheists and agnostics now make up 7 percent of the total U.S. population, which is more than Mormons, Jews, Hindus, Muslims, Jehovah’s Witnesses and Buddhists combined. One recent survey, from the religiously oriented Barna Group, found that 21 percent of Americans born after 1999 are atheist or agnostic. Not just nonreligious, but atheist or agnostic. That’s huge. Another 14 percent have no religious affiliation.

Overall, 23 percent of Americans identify as nonreligious, but that number is three years old and almost certainly higher now. That 8-point increase since 2007 and 15-point jump since 1990 makes the “nones” the fastest-growing identification in America.

Pence made another claim, related to this, which is also wrong:

“In fact, the percentage of Americans who live out their religion on a weekly basis — praying, going to church, reading and believing in the Bible — has remained remarkably consistent over the decades, even as the population of the United States has grown by leaps and bounds.”

Glenn Kessler over at the Washington Post had an excellent takedown of this particular point and gave Pence “two pinocchios” for it.

After touting some economic statistics which he dubiously links to his administration and not the previous one, Pence said:

“And let me say it’s no accident or coincidence.  Faith in America is rising again because President Trump and our entire administration have been advancing the very principles that you learned here in the halls at Hillsdale College — the principles that have always been the source of America’s greatness and strength.”

Again, this is wrong. In fact, one could argue the opposite is true. Pence entered national politics in 2001 as one of Indiana’s representatives in the U.S. House. According to the PRRI chart below, it appeared that the trend toward irreligion was leveling off at that time. And then Mike Pence decided to get into politics and look at what happened with the numbers: they skyrocketed. And with each higher office he attains, the numbers go up.

The argument that Pence himself is driving people away from religion is obviously ridiculous, but far less so than Pence’s claim about Trump. In fact, the virulent strain of Christianity to which Pence adheres — a strain that believes it has a god-given right to use the machinery of the state to impose itself on other citizens — might actually be driving the younger generation away from religion. The anti-gay, anti-equality, anti-woman, racist religion that Pence openly preaches repels the more tolerant millennials and Generation Z-ers. Unlike Pence’s claim, there’s research to back this idea up.

Pence’s stance on women’s rights probably isn’t encouraging half the American population flock to his shepherd:

“…we’ve been upholding the Constitution of the United States and defending all the God-given liberties enshrined there, including the unalienable right to life.”

Our liberties are not given by a god. I wrote an op-ed about this dangerous fallacy for the Religion News Service and I pointed out: “God-given rights depend on geography. Do you live in Indiana, India, or Iran? They depend on those who claim to know God’s will. Do your leaders think Muhammad’s, Martin Luther’s, or Martin Luther King Jr.’s interpretation of God’s will is correct? God-given rights are so problematic because they depend solely on a particular individual’s interpretation of his god’s word.”

The god-given rights fallacy is precisely why Pence and his ilk believe they can violate the rights of LGBTQ Americans.

“But I also believe that faith in America is rising again for one more reason.  For despite the fact that we live in a time when traditional values and even religious convictions are increasingly marginalized by a secular popular culture — a time when it’s become acceptable, even fashionable, to malign religious belief — in this time, I believe with all my heart that faith in America is rising, as well.”

Again, it ain’t. One popular nugget of conventional wisdom is that while the younger generation is young, they are nonreligious, but that they become more religious as they age. That’s wrong, too. Longitudinal studies show that an aging population will not reverse this trend. Here’s how Pew explained it a few years ago: “It is possible that more Millennials who were raised unaffiliated will begin to identify with a religion as they get older, get married and have children, but previous Pew Research Center studies suggest that generational cohorts typically do not become more religiously affiliated as they get older. And the new survey finds that most generational cohorts actually are becoming less religiously affiliated as they age.”

Moreover, as the population ages and the older generation (which is the more religious generation) dies, the trend toward irreligion will quite certainly increase.

I could go on and on explaining everything that is wrong with what Mike Pence says. If I could monetize it, it could be a new career. But let’s just look at one final paragraph

“I’m a Christian, a conservative, and a Republican — in that order. As the Good Book says, I’m not ashamed of the Gospel. … And while, in some places, deeply held religious belief is becoming more rare, leading some to claim that America’s rich faith tradition will soon be a relic of our nation’s past — it just isn’t so.  Facts are facts. Faith is rising across America; I see it every day.”

Facts are indeed facts. But Pence told these students that alternative facts are also facts. And that’s a lie. Pence no doubt wishes that what he said were true. But wishing doesn’t make it so. Facts are facts, Mr. Vice President. And you should start getting used to the fact that your religion is declining. The nones are on the rise. Secularism is on the march.

A full transcript of Pence’s remarks can be found here. 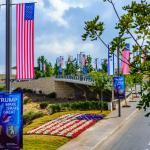 May 15, 2018
Jerusalem Embassy Opening Reflects Terribly on the United States
Next Post 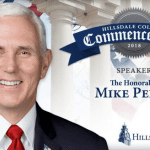