Yes, Questions of Religion Can Be Fair Game for Senate Confirmation Hearings

If someone who wants to be a judge believes that her religion should trump her oath of office, is it fair for those vetting the judge to ask her about that belief? According to some, questioning a person about his or her religion is off limits because our Constitution prohibits religious tests for public office. And it does, but it also requires that judges swear an oath to uphold that Constitution.

A recent manufactured conflict along these lines is breeding claims of anti-Catholicism and religious persecution. President Trump nominated Amy Barrett, a Notre Dame law professor and devout Catholic, to the 7th U.S. Circuit Court of Appeals. FFRF was alarmed by this nomination, not only because the 7th Circuit is our backyard, but also because Barrett has written that judges facing a conflict between their religion and the law can and should choose their religion. Barrett’s words came up in her confirmation hearing. Sen. Dick Durbin, D-Ill., asked the would-be judge about those views, as did Sen. Diane Feinstein, D-Calif.

The backlash was swift. The Washington Post reports: “Feinstein’s comment upset Notre Dame’s president, the Rev. John I. Jenkins, who wrote a letter this past weekend to the senator and the Judiciary Committee, calling the questioning ‘chilling.’ The U.S. Conference of Catholic Bishops said the challenge to Barrett was a painful reminder of a time when ‘anti-Catholic bigotry did distort our laws and civil order.’”

The backlash illustrates a basic misunderstanding about our Constitution and conflict between public duty and religious obligation for those who aspire to higher office.

Barrett on the duties of Catholic judges

As FFRF pointed out to the Senate Judiciary Committee, Amy Barrett co-authored a law review article in 1998 entitled, “Catholic Judges in Capitol Cases.” In it, she examined what Catholic judges ought to do when their personal faith conflicts with their public duty.

Barrett quoted Justice William Brennan’s answer to questions similar to those she has faced when Brennan was undergoing confirmation in 1957. Brennan gave an excellent answer — the only answer a federal official should give:

Senator, [I took my] oath just as unreservedly as I know you did… And…there isn’t any obligation of our faith superior to that. [In my service on the Court] what shall control me is the oath that I took to support the Constitution and laws of the United States and [I shall] so act upon the cases that come before me for decision that it is that oath and that alone which governs.

Barrett criticized this exemplary answer, writing that she could “not defend this position as the proper response for a Catholic judge to take with respect to abortion or the death penalty . . ..” She has also signed on to letters from “Catholic women” to the “Synod Fathers in Christ,” in which she expressed her “fidelity to and gratitude for the doctrines of the Catholic Church.”

Barrett went to great pains to distance herself from these remarks and conclusions in the confirmation hearing (the Alliance For Justice has a blow-by-blow of Barrett’s confirmation hearings and the rhetorical contortions she performed). It would have been reckless for the Senate to ignore these crucial statements, simply because they touch on Barrett’s personal faith.

Barrett’s troubling claim that her personal religious beliefs trump the secular duties her government job requires her to perform is certainly not unique. We’ve watched Kim Davis lose a federal lawsuit to the tune of $220,000 (so far) over her desire to get paid for not fulfilling her job description — which included issuing marriage licenses to same-sex couples. And Sonny Hernandez — Air Force chaplain and infamous bigot — recently declared that a military chaplain’s first duty is to the bible, not the Constitution, and any military chaplain who accommodates minority religious and nonreligious service members is “accommodating evil.”

In each of these cases, these government employees have demonstrated their inability to perform the duties required of their positions. None of them are fit to serve in their respective government positions. “But what about that religious test ban,” the Christian Right clamors — the one that prevents the government from imposing a religious test for public office?

Article VI of the Constitution is sublime. It declares the Constitution the “supreme law of the land,” and lays out the two provisions that are at issue here. First, it says “all executive and judicial Officers, both of the United States and of the several States, shall be bound by Oath or Affirmation, to support this Constitution.” The next clause immediately adds, “but no religious Test shall ever be required as a Qualification to any Office or public Trust under the United States.”

So judges are required to take an oath to uphold the Constitution and religious tests are prohibited for public office. When the First Congress decided on the language for the oath, it deliberately omitted any mention of god.

The issue is not whether Barrett is religious, or even Catholic—44 percent of the Supreme Court is Catholic, so clearly we’re not banning Catholic judges. The issue is whether she will uphold her oath of office. That is an issue for any nominee, but is especially important here, where that nominee has written that her private faith can trump her public duty. The problematic fact is not that Barrett is Catholic or even religious, but that she has publicly stated how she will act when one of her beliefs conflicts with her public duty. The source of the conflicting belief is irrelevant, here, it just happens to be her religion.

If Barrett becomes a judge, her Catholicism will collide with her oath. She will have to decide cases involving abortion, contraception, capitol punishment, the right to die, and LGBTQ rights. This is unavoidable. And if she cannot uphold her oath, We the People deserve to know that before she begins her lifetime appointment. This is why FFRF encouraged the Senate Judiciary Committee to have Barrett “answer the same question that Justice Brennan did, if your faith and our law disagree, ‘would you be able to follow the requirements of your oath or would you be bound by your religious obligations?’”

I’m one of the few lawyers in the country to have litigated the religious test clause of Article VI and can say with confidence that there is simply no constitutional conflict in questioning Barrett’s fitness for office or public trust. Barrett chose to make religion a relevant question for federal judges when she penned an article on that very subject. Barrett made the argument that her duty to her god is greater than her duty to her country. The questioning on this subject was not about her religion, it was about her ability to uphold her oath. It was about her ability to fulfill the constitutional duty.

The simple fact is that sometimes people’s religious beliefs makes them unfit for a particular job. An Amish farmer would make a poor airline pilot, while a devout Muslim might have difficulty raising pigs. A Quaker’s pacifism makes him a tad useless as a military commander and a Scientologist would make a pathetic psychiatrist. These people are unlikely to seek such jobs, but Barrett has chosen to pursue one of the most important offices in this country: a federal judge. And she has done so after explaining that her religion will conflict with those public duties and demand certain outcomes.

Questions of religion are fair game the moment nominees argue that their duty to their god is superior to their duty to this country. The issue is not the religious belief itself, but the ability of that nominee to honor the oath of office. If they cannot, We the People have a right to know. 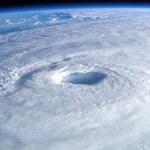 September 11, 2017
Hurricanes Harvey and Irma Expose the Futility of Prayer
Next Post

September 20, 2017 An Open Letter to U.S. Air Force Chaplain Sonny Hernandez
Recent Comments
0 | Leave a Comment
Browse Our Archives
get the latest from
Nonreligious
Sign up for our newsletter
POPULAR AT PATHEOS Nonreligious
1

If There's a Yellow Deli in...
Homestead Skeptic
Related posts from Freethought Now!