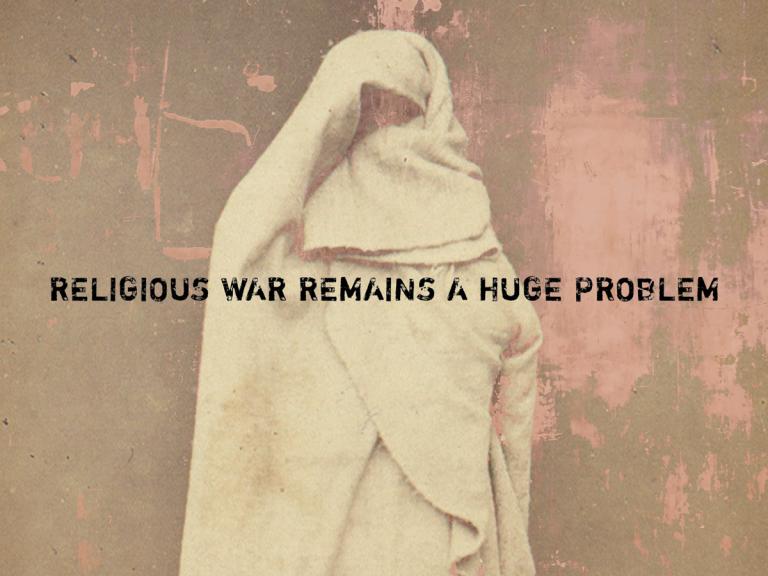 The Taliban seizure of Afghanistan underscores an ugly 21st century fact: Religion-based warfare remains the world’s worst type of armed conflict. After the CIA under President Reagan helped brutal Muslim tribal warlords drive the Soviet Union out of Afghanistan, these chieftains started fighting each other.

That’s when the Taliban, a movement of armed Islamic students, swept through the mountain nation. Puritanical Taliban officials were notorious for their hatred of sex. They ordered all women to wear shroud-like burqas outdoors because “the face of a woman is a source of corruption” for men. Females, essentially, couldn’t be educated.

Those who secretly attended underground schools were executed, along with their teachers. Girls’ schools were burned. Women weren’t allowed to work or go outdoors without a family male escort. They couldn’t wear high heels under their burkas because clicking heels might excite lustful men. Apartment windows were painted over. Wearing form-fitting clothes was a capital offense. Public stonings or other executions of women occurred. A huge number of brides were forced into marriage.

The Taliban allowed the al-Qaeda terror network to operate from Afghanistan. After the Sept. 11 attacks, the United States invaded and drove out the fanatics. But two decades of costly American effort to create an Afghan democracy failed, and now the Taliban rule again. Much of the world is holding its breath, waiting to see if sexual savagery returns. Actually, the Taliban is merely one of many armed Islamist militias.

There’s Boko Haram in Nigeria, al-Shabab in Somalia, ISIS in Syria and al-Qaeda hidden somewhere. Back in 2017, when the Taliban seemed rather dormant, a scholarly book stated: “Boko Haram is now the deadliest terrorist organization operational in the world.” The fundamentalist Sunni group is notorious for raiding villages and cities, massacring civilians (including Shiite and Sufi Muslims), raping and abducting girls, and seizing boys to become soldiers.

I wonder if Boko Haram someday may seize Nigeria, as the Taliban did Afghanistan. Around the globe, warfare — especially between countries — has faded enormously in the 21st century. It’s fascinating to think that the world might have become war-free if not for religion.

FFRF Member James A. Haught, syndicated by PeaceVoice, was the longtime editor at the Charleston Gazette and has been the editor emeritus since 2015. He has won two dozen national newswriting awards and is author of 12 books and 150 magazine essays. He also is a senior editor of Free Inquiry magazine and was writer-in-residence for the United Coalition of Reason. This column is adapted from a piece that originally appeared on Aug. 23, 2021, at Daylight Atheism. 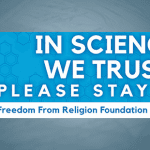 August 24, 2021
Anti-science hypocrisy reigns in Texas and Florida
Next Post

August 25, 2021 Sheep, goats and vaccines — How religion creates a permission structure for anti-vaxxers
Recent Comments
0 | Leave a Comment
"https://m.youtube.com/watch...Says it all really."
Brian Shanahan FFRF’s Freethought Now Blog has moved!
"I am unable to find an RSS feed for the new site. As I have ..."
David Brown FFRF’s Freethought Now Blog has moved!
"Should we expect new translations from the Greek, given this new lexicon?"
epeeist Recovering a secular ancient treasure
"It's a shame that Aristotle was the goto for answers for so many years and ..."
Jim E Jones Recovering a secular ancient treasure
Browse Our Archives
get the latest updates from
Freethought Now!
and the Patheos
Nonreligious
Channel
POPULAR AT PATHEOS Nonreligious
1