In a recent Fox News interview, secretary of energy and failed Dancing with the Stars contestant Rick Perry said that his god chose Donald Trump to “rule.” Apparently, Perry said in the full interview that President Obama was also chosen by his god. Even if his god is not partisan, Perry’s theology is fundamentally un-American.

Here’s what Perry says in a clip from the interview shown on “Fox & Friends”:

God’s used imperfect people all through history. King David wasn’t perfect. Saul wasn’t perfect. Solomon wasn’t perfect. And I actually gave the president a little one-pager on those Old Testament kings about a month ago. And I shared it with him. I said, “Mr. President, I know that there are people that say, ‘You said you were the Chosen One,’” and I said, “You were.” I said, “If you’re a believing Christian, you understand God’s Plan for the people who rule and judge over us on this planet in our government.”

“People” didn’t say that Trump was chosen. Trump did. Trump said, “I am the Chosen One,” while looking up to the heavens.  There’s video. And a lot of news stories.

This is a quibble compared to Perry’s main point: that his god chooses America’s leaders. The claim is un-American.

Tellingly, in Perry’s narrative, the leaders his god chooses are kings. These aren’t just biblical kings, they are theocrats claiming a divine right to rule.

That alone runs counter to American values. The divine right of kings was overthrown even before the American Revolution and buried at our nation’s founding. The U.S. Constitution itself bans titles of nobility in Article I, Section 9, Clause 8. America fought a war to throw off a tyrannical king and the Founders debated, at length, which form of representative government should replace the hereditary monarchy of which Perry and his god are so fond.

This is the other fundamentally un-American aspect of Perry’s comments: In America, we elect our leaders. Our leaders are not chosen by a god, but by “We the People.” Perry’s belief is deeply problematic. After all, if the Christian god chooses leaders, then those in power must be executing God’s Will, right? We cannot challenge God’s Will, even if that will looks suspiciously like abusing public power to retain that same power, through, for instance, gerrymandering and voter suppression. In other words, the belief that the Christian god dabbles in American politics is damaging our political system.

Perry doesn’t just believe that the creator of space, time, matter, and everything chose Trump, he also believes that omniscient being chose Rick Perry. After all, Perry is in the presidential line of succession and was Texas governor, as well. What he lacks in humility, Perry makes up for in zeal — not for the people he serves, but for the god he believes anointed him. He has regularly abused public offices to promote his personal religion.

Perry used state resources to fight a legal battle to keep a Ten Commandments monument at the Texas Capitol. The monument begins, “I AM the LORD thy God. Thou shalt have no other gods before.” It would be hard to pen a sentiment more at odds with America’s cherished freedom of religion than that. Perry consistently tried to have Texas public schools teach his particular brand of creationism. He even claimed, “In Texas, we teach both Creationism and evolution,” which is illegal. When a drought-ridden Texas caught fire in 2011, Perry organized an entire “day of fasting and prayer,” telling people to pray to his god over Easter weekend. (The prayers failed.) 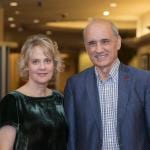 November 22, 2019
We thank you for making it all possible
Next Post 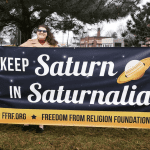 December 6, 2019 Correcting politicians, surfing in the Times, displaying secularism & rewarding students
Recent Comments
0 | Leave a Comment
"As someone Born and Raised in NM, I was floored to learn that other places ..."
C.T. (A.K.A- That Lurker) Luminaria enlightens onlookers about real reason ..."
"> Today, freedom to believe as one wishes is locked securely in the heart of ..."
Jim Jones Many struggles won us our religious ..."
"some people can find a secret message between these to quotes ' 'they can find ..."
Cozmo the Magician The similarities between QAnon and evangelism
"Indeed. Which is what makes it so ironic that conspiracy theories are very effective tools ..."
(((J_Enigma32))) The similarities between QAnon and evangelism
Browse Our Archives
get the latest from
Freethought Now!
Sign up for our newsletter
POPULAR AT PATHEOS Nonreligious
1 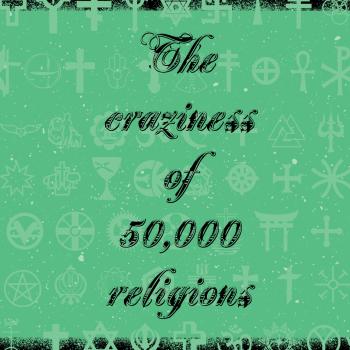