From Bruce Springsteen and Charles Darwin to Justice Elena Kagan and suffragist Sylvia Pankhurst, we focused a lot on big names this week.

We denounced a Springsteen Jeep Super Bowl ad that ostensibly encouraged Americans to find common ground but flagrantly undercut unity by assuming that Americans must all be Christians. We remarked: “Our nation does need to find common ground — that we live under a secular Constitution and in a country predicated on the aspirational motto of ‘liberty and justice for all.’”

Our Darwin Day homage
With Charles Darwin’s birth anniversary today, we did a hometown multimedia blitz as tribute to the evolutionist. We erected a billboard commemorating Darwin Day and scientific recommendations on the pandemic a few miles from our headquarters in Madison, Wis. And we had a  “Celebrate Darwin Day” ad in the Wisconsin State Journal taking a dig at our home state Legislature’s obstructionism. “Public policy must be based on science, reason, evidence and compassion, especially during a deadly pandemic,” we urged. 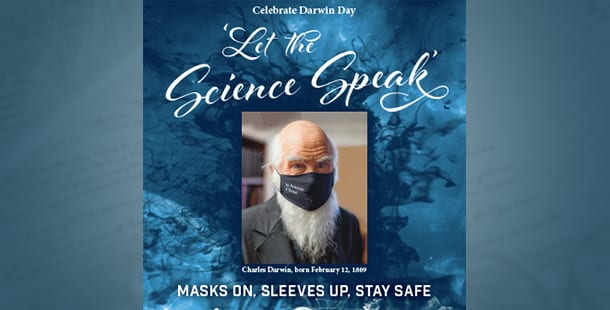 An awful Supreme Court order
The U.S. Supreme Court issued a dismaying recent order exempting churches from some social distancing mandates, overriding “the judgments of experts about how to respond to a raging pandemic,” as dissenting Justice Elena Kagan put it. She wrote, “This foray into armchair epidemiology cannot end well.” FFRF Co-President Annie Laurie Gaylor affirmed that “Kagan is right: This ‘cannot end well.’” 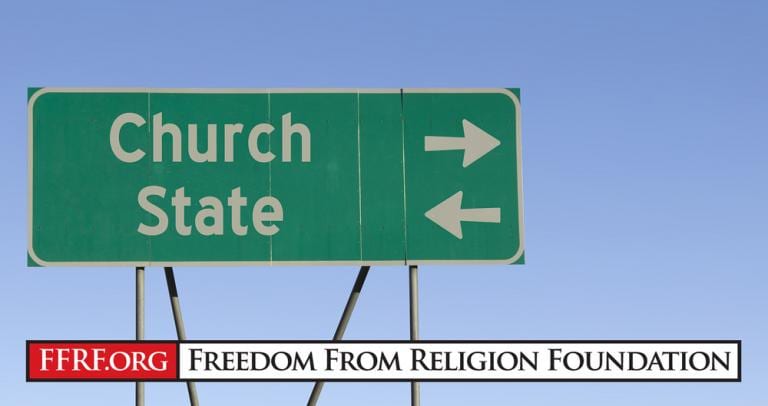 How science has always won
Veteran freethinker and writer Jim Haught penned a homage in his blog this week to several heroes of science through history, including Darwin. 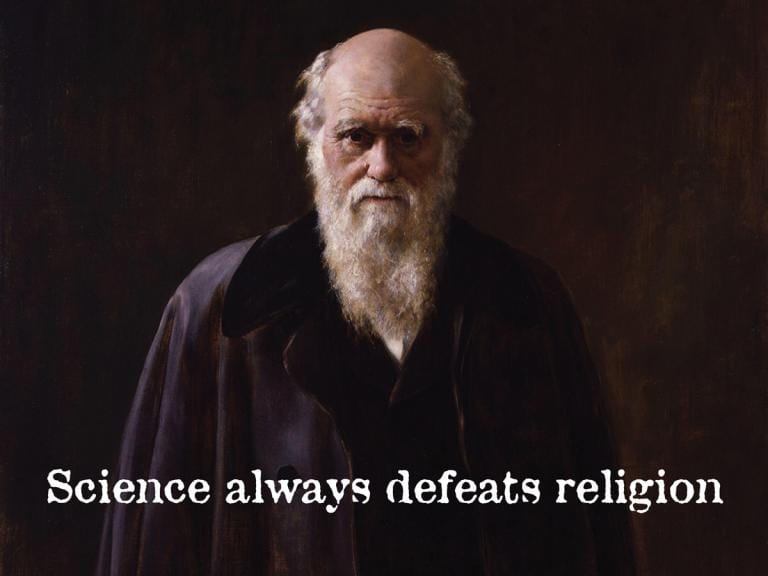 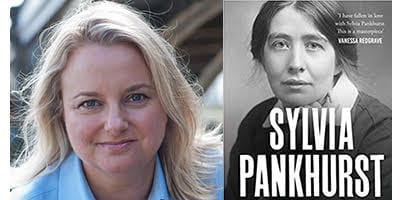 Setting legislative priorities — and combating bad bills and policy
Of course, we paid attention to the present — and all the legislative happenings around us. In his monthly dispatch from Capitol Hill, FFRF Director of Governmental Affairs Mark Dann focused on the danger from Christian nationalism — as evidenced by the Capitol insurrection.

“After this second impeachment is over, Congress is likely to investigate the attack as it did 9/11,” Mark wrote. “We’ll be working with our allies in Congress to include a solid line of investigation that explores how Christian nationalism influenced the attack.”

We formally asked the Biden administration not to adopt Trump-era regulations allowing for the unprecedented funneling of taxpayer money to religious institutions as pandemic relief. We asked you to do your part too, by registering your opposition to the federal government by today’s public comment period deadline. 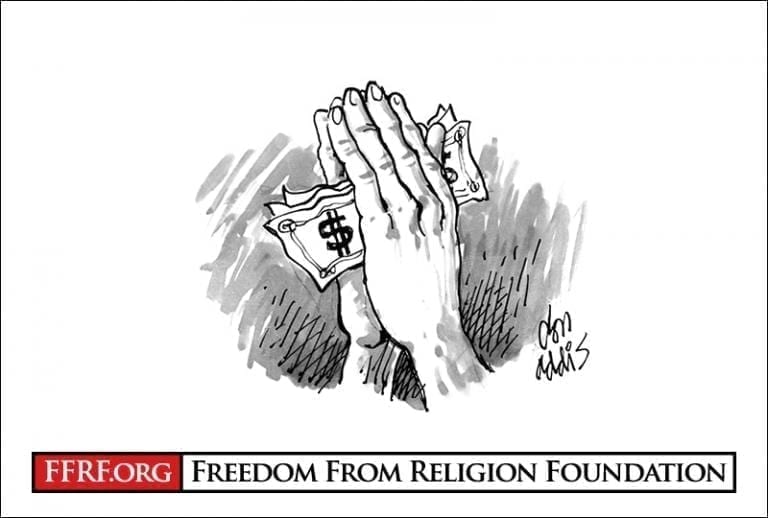 “The Trump administration trampled longstanding rules and raided taxpayer pocketbooks to ensure its religious base received colossal handouts,” commented Annie Laurie. “The Biden administration must ensure these unconstitutional subsidies are not allowed to continue.”

And FFRF Staff Attorney Ryan Jayne authored a blog about what you can do to stop hundreds of awful bills in state legislatures around the country. Take a peek at Ryan’s to-do list! Ryan joined FFRF Director of Strategic Response Andrew Seidel to talk about these bills on our Facebook Live “Ask an Atheist” show this week. 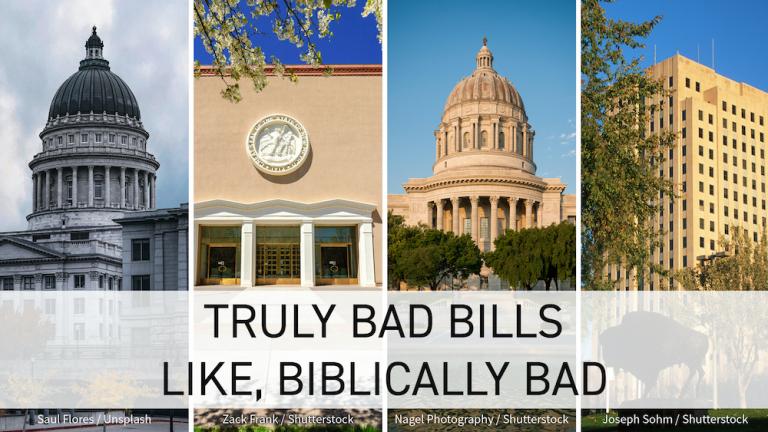 FFRF Anne Nicol Gaylor Intern Barbara Alvarez warned in her latest blog that Christian nationalism hasn’t disappeared with the results of the recent election. “For proof,” she wrote, “look no further than legislation that seeks to deny basic reproductive rights to millions of people in the United States and across the world — all in the name of religion.” Learn how you can combat this onslaught. 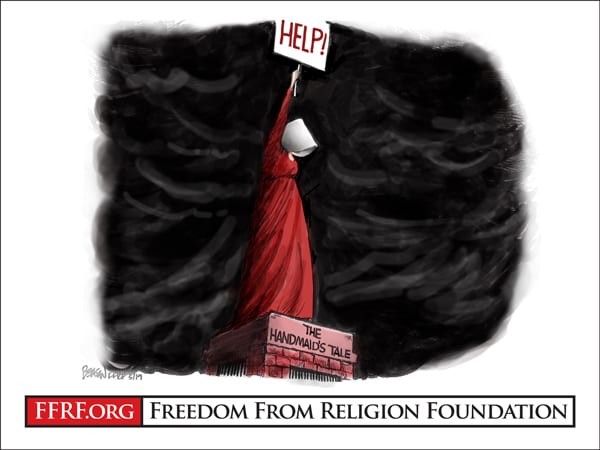 Seriousness & levity combined on Sunday
Our TV show on Sunday combines seriousness with levity: Professor Jay Wexler is a leading chronicler of the rights of non-Christian Americans who is also an ardent humorist. You can already watch him on our YouTube channel talking about his newest book, Our Non-Christian Nation, and Supreme Court humor. Or find out where to catch the show on Sunday. 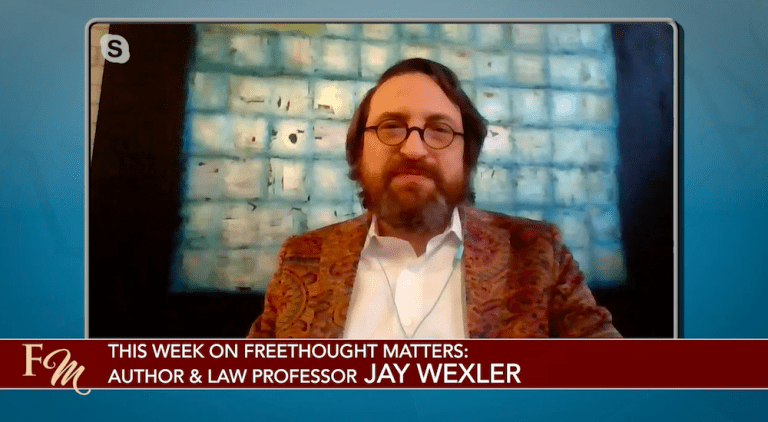 We owe our victories to you
We also kept up our regular work of securing constitutional triumphs by ensuring that a public school basketball coach in Michigan stopped praying with his team.

“We applaud the Chippewa Valley School district for swiftly addressing this complaint,” commented Annie Laurie. “Students in our public schools should never have to pray to play.”

We secure all these crucial victories due to you. No matter how much we pay attention to famous names, we are constantly aware that you are the reason for FFRF’s work. 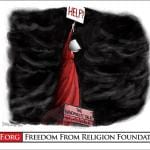 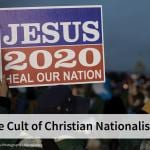 February 16, 2021 The cult of Christian nationalism
Recent Comments
0 | Leave a Comment
Browse Our Archives
get the latest from
Freethought Now!
Sign up for our newsletter
POPULAR AT PATHEOS Nonreligious
1 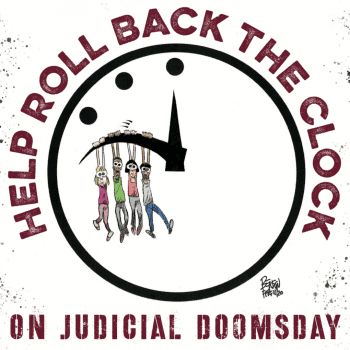 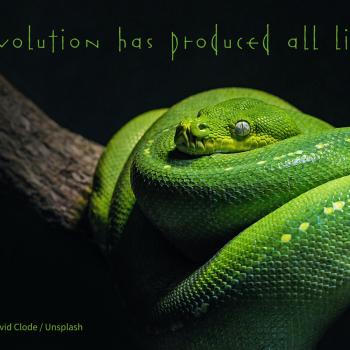