Januaries tend to bring a spate of bad legislation. Election years are worse than others. This year, there’s a flood—and in one sense it is indeed biblical—of bad bills.

This cyclical inundation is not because legislators expect or even desire much of the legislation to move. Instead, legislators are trying to shore up their base with pandering proposals that have no chance of becoming law. They don’t care that the bill is illegal and a gross violation of the First Amendment and religious freedom. They simply want to be able to brag on the campaign trail that they proposed a bill to give all the state’s wildlife to Jesus. Or that they fought to get godless evolutionists out of the public schools. Or that they championed getting god’s law into the schools.

But it doesn’t have to be this way. If legislators faced a backlash for proposing foolish, deluded legislation—if they were fighting back a wave of calls, emails, and tweets—they might think twice before wasting everyone’s time and money. Instead of using religion as a political cudgel, they might actually get to work and try to do some good.

Here are some of the worst bills we’ve seen so far in this still-young year. We’ve listed all the contact information for the legislators, so feel free to reach out to them and express your polite concern and disapproval.

State Rep. Tom Miles (a Democrat) proposed HB130, which designates “the Holy Bible” as the official state book. Miles tried—and failed—to pass this bill in 2015 and 2016. Legal problems aside, the bible is a pretty bad book—it’s disjointed, violent, sexist, self-contradictory, and long-winded. To select it as a state book when authors like William Faulkner, Eudora Welty, and Richard Wright have such strong ties to the state (and when Mark Twain featured Mississippi in some of his American classics) is in poor taste. Feel free to let Miles know that his literary discernment is as deficient as his constitutional acumen:

Give all wildlife in the state to this senator’s god!

Oklahoma state Sen. Nathan Dahm filed SB 1457, which changes a current and fairly typical law, “All wildlife found in this state is the property of the state,” to read:

“All wildlife found in this state is the property of Almighty God.”

This bonkers bill is wholly unnecessary and almost without impact. (There’s also an argument to be made that the bill illegally disposes of state property without going through the appropriate bidding procedures. And wouldn’t Almighty God incur a hefty income tax liability?) Dahm is from Broken Arrow, hometown of FFRF’s longtime foe Scott Pruitt, who is now head of the EPA. Dahm is a self-proclaimed product of missionaries and home-schooling.

As one of FFRF’s attorneys observed, Dahm has no business legislating the lives of citizens, let alone wildlife. Dahm might believe he is hearing from his god, but he should be hearing from you:

Teach this representative’s version of creationism in public schools!

In Alabama, state Rep. Steve Hurst proposed HB258, which would allow teachers to “include as a portion of instruction the theory of creation as presented in the Bible” when teaching evolution. The bill also allows students to use religion to ace any assignment. All they have to do is say, “My god did it,” and they get full credit on their assignments (officially, it reads: “credit shall be permitted on any examination in which the student provides a response in adherence to the theory, provided the response is correct according to the instruction received.”).

Courts have declared that teaching creationism in the public schools is unconstitutional time and again. The Supreme Court basically ruled that Hurst’s bill was unconstitutional in 1987, more than 30 years ago.

Hurst is no stranger to illegal bills. FFRF helped beat back Hurst’s 2014 attempt to have every congressional prayer read in Alabama public schools. “If Congress can open with a prayer, and the state of Alabama Legislature can, I don’t see why schools can’t,” Hurst said. He’s got a point, he’s just got it backward. If schools can’t open with a prayer, Congress and the state legislatures can’t either (we’ll get there someday). If you think Hurst could benefit from your perspective on illegally teaching creationism in public schools, reach out:

Only people who get married in churches are married, every other couple are in a domestic union!

State Rep. T.J. Berry of Missouri proposed HB 1434, a 377-page behemoth that rewrites every Missouri law mentioning marriage. Unless your wedding was solemnized in a church—but don’t worry, it’s a church of your choosing—you’re in a “domestic union.” Marriage is reserved for churchgoers. David McAfee actually interviewed Berry, who is a deacon at First Baptist Church in Kearney, for The Friendly Atheist. Given the size of this bill, it may not be exclusively for pandering purposes—Berry may actually be working to pass it.

Read and display the Ten Commandments in Mississippi public schools!

Yes, we’re back in Mississippi where state Rep. Credell Calhoun, who identifies himself as “of the Missionary Baptist faith” and a Democrat, proposed HB 1100, which would require every public school teacher to read the Ten Commandments at the beginning of the school day and every class to have the Decalogue posted. Those commandments, which begin “I am the LORD thy God,” treat women as chattel and recognize the validity of slavery. Twice.

100% unconstitutional. The Ten Commandments begin, "I am the LORD thy God…" The government has no business imposing them on citizens, let alone schoolchildren. And no, they are not the basis of American laws or government. https://t.co/1xeEhAisZj

The bill is undoubtedly unconstitutional. It has little chance of passing and any teacher that acts on it will be sued quicker than you can say Yahweh. The school will lose and end up with a hefty legal bill. If you think this is absurd, make your voice heard. Contact Calhoun:

[UPDATE: Because of your activism Dear Reader, this bill died a well-deserved death on January 30. Well done.]

Display the Ten Commandment everywhere and the Beatitudes not quite everywhere!

This is just a sample of the bad bills out there. Those in Mississippi are particularly instructive because they show not just that these bills are wasteful, but that they can actually be harmful distractions from real problems. And Mississippi has real problems. The state ranks second for most sexually transmitted diseases according to CDC data; it’s near the bottom, 47th, for high school graduation rate; it ranks third worst for birth rate among teenage girls; and ranks dead last, 51st (think of D.C.), for poverty.

These legislators have real work to do, but instead, they’re pandering to the lowest common religious denominator. But that can change if you speak up. We don’t care what party these legislators are from or what their personal beliefs are, we just want them to get off their knees and get to work. 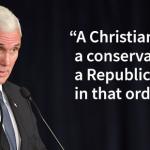 January 26, 2018 Weekly Report: Wadeing in on Roe & other complications
Recent Comments
0 | Leave a Comment
Browse Our Archives
Follow Us! 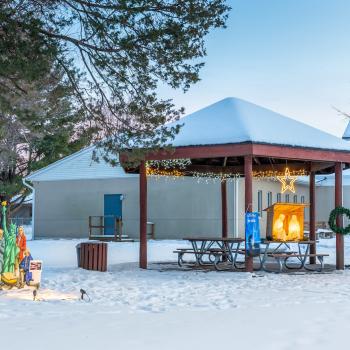 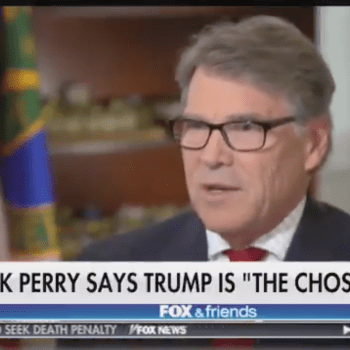 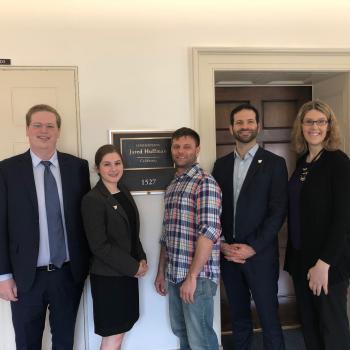 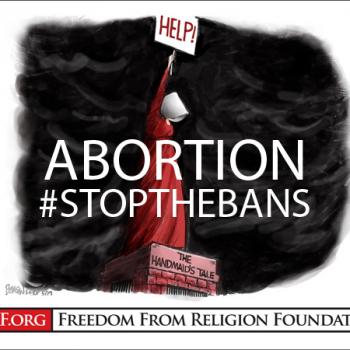