Taking on Trump, governors and members of Congress

It’s very early in the year, but we at the Freedom From Religion Foundation are already off to a blazing start.

Educating members of Congress (and governors)
Our back-and-forth with a member of Congress from Alabama has gotten media attention after we rebuked a school district in his state for allowing a team baptism on public property involving a school coach. Rep. Bradley Byrne engaged in a fact-free denunciation of our defense of the Constitution. We have further followed up with him, correcting his errors. 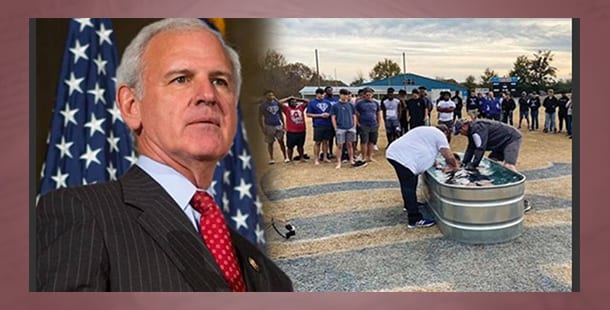 Byrne wasn’t the only member of this country’s lawmaking body who earned our ire. We called out more than 200 Republican members of Congress plus two Democrats who have signed on to a brief asking the Supreme Court to overturn Roe v. Wade. “It’s grotesque to see this mostly male, religiously motivated congressional cabal openly working to deny abortion rights and interfere with the very personal decision of whether to continue a pregnancy or become a parent,” commented FFRF Co-President Annie Laurie Gaylor. 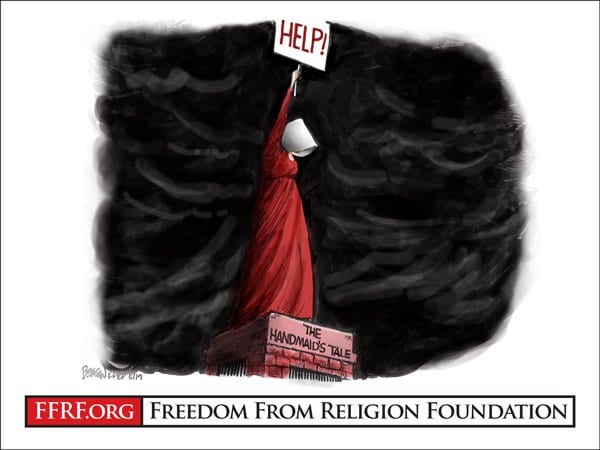 Another public official who has gotten our attention on the abortion issue is the (not-so-honorable) governor of Nebraska. Our strong condemnation of Gov. Pete Ricketts’ proclamation calling for a “Statewide Day of Prayer to End Abortion” on the anniversary of Roe v. Wade this year is getting substantial media play.

“The Freedom From Religion Foundation was more formal, writing the governor a letter objecting to his proclamation and his declaration that it is ‘right and fitting that the citizens of the state of Nebraska are urged to pray for an end to abortion,’” reports the Lincoln Journal Star. “Co-Presidents Annie Laurie Gaylor and Dan Barker wrote to Ricketts: ‘We would encourage you to get off your knees, and instead get to work to protect established constitutional rights, such as the right to privacy, instead of misusing your office to promote your personal religious views.’ They called the proclamation ‘unconstitutional, un-American and simply wrong.’”

Stirring up the heartland
We’re stirring things up in a Midwestern town.

“It was standing room only at Effingham City Hall on Tuesday, where people implored the city council to keep a cross in a mural on city property despite opposition from a group that wants it removed,” the local paper reports. “The issue of the cross in the mural started after the Wisconsin-based Freedom From Religion Foundation sent a letter Dec. 18 to Mayor Mike Schutzbach, saying that a resident of this area had contacted the group about the mural located along the path between EHS campus and the school’s sports complex, which is on city property.”

We’ve sent an action alert to our members in the area, imploring them to mobilize on behalf of secularism. 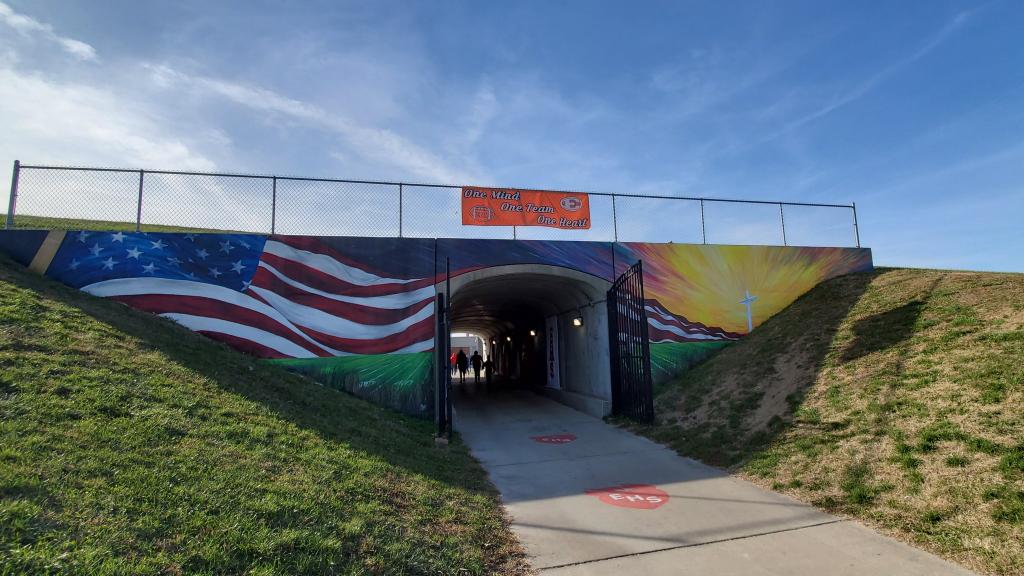 The church-Trump collusion
A recent issue involving us and the top official of this country has gotten YUGE media attention. We asked the IRS to investigate a recent President Trump rally held inside a church for violating tax rules, and that has been reported on in The New York Times and Newsweek. FFRF Legal Director Rebecca Markert concisely explains in “Newsbite” why we felt compelled to intervene, and in our “Ask An Atheist” Facebook feature FFRF Co-Presidents Dan Barker and Annie Laurie Gaylor and Director of Strategic Response Andrew Seidel elucidate on why churches behaving in this way is such a problem. Our “Ask An Atheist” segment also memorializes historian Isaac Kramnick, 81, who sadly died Dec. 21. Kramnick spoke at FFRF’s October convention about his book Godless Citizens in a Godly Republic. 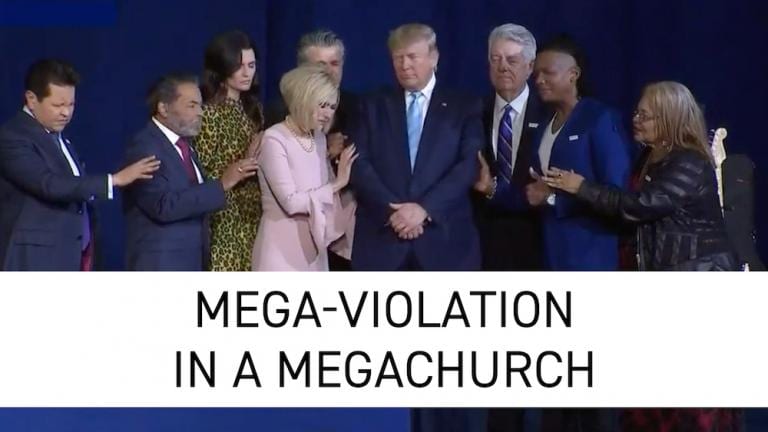 Interviewing an ex-Jehovah’s Witness
On our radio show this week, we chat about Rep. Byrne, the Trump rally and the Effingham mural, then listen to leading intellectual Professor Anthony Pinn talk at FFRF’s annual convention in October about racism, religion and social justice. 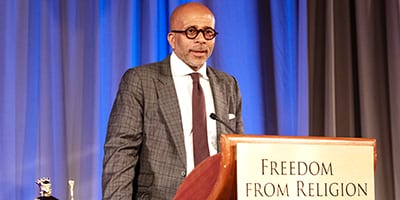 And we interview for our “Freethought Matters” TV show this Sunday Amber Scorah, whose moving and insightful memoir Leaving The Witness: Exiting a Religion And Finding A Life describes her experiences growing up in the Jehovah’s Witnesses faith — and then leaving it all behind. 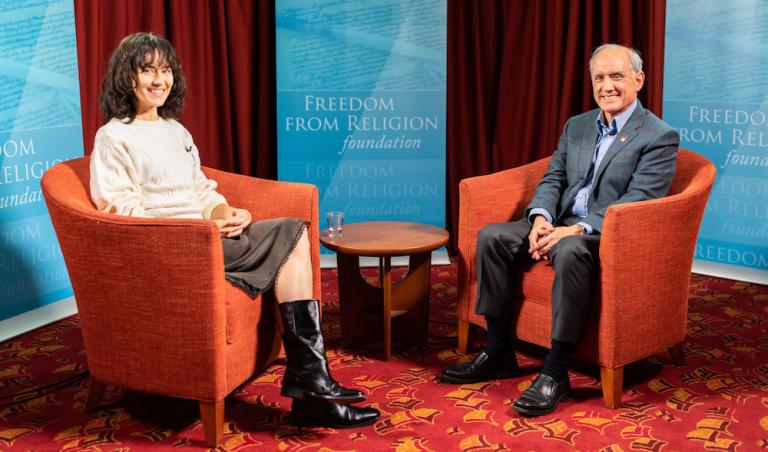 We’re already operating with a strong tailwind in 2020 — and it’s only because of your support. 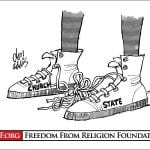 What in the World is a 'Spiritual Director?'
Today, let's find out what a spiritual director is, how to become...

Ken Alexander - How Not to Disagree With...
Last week in Lori Alexander's private chat room for her site The...
view all Nonreligious blogs
What Are Your Thoughts?leave a comment
Copyright 2008-2020, Patheos. All rights reserved.