The 68th National Prayer Breakfast should be the last

Individuals as diverse as conservative columnist Cal Thomas and American United’s Rob Boston are properly calling for an end to the pious spectacle that is the National Prayer Breakfast.

The criticism has broadly centered on the fact that President Trump overtly used the allegedly nonpartisan occasion last week for pure political purposes: to petulantly vent his spleen over impeachment and to specifically attack House Speaker Nancy Pelosi and Sen. Mitt Romney. As CNN put it: “Love your enemies? Nah, says Trump.”

As Trump entered the in-progress event to the pompous trumpet music of James Sanderson’s “Hail to the Chief” (beloved of President Nixon), he displayed newspapers with headlines reading: “Acquitted.” When he gave the keynote, Trump lamented his “terrible ordeal by some very dishonest and corrupt people.”

“I don’t like people who use their faith as justification for doing what they know is wrong nor do I like people who say, ‘I pray for you,’ when they know that’s not so,” he opined. “So many people have been hurt, and we can’t let that go on.”

I agree. Our nation should resist “people who use their faith as justification for what they know is wrong.” The best way to ensure this can’t “go on” is to end the National Prayer Breakfast and similar pander-fests.

But it has to be pointed out that it’s not just Trump who uses the prayerful occasion for political gain — it’s every public official seeking to be like the hypocritical pharisees Jesus warns of in Sermon on the Mount, who only “want to be seen by men.” The entire event is set up for political gain and networking with an audience that often includes despots and those seeking backdoor entry to top U.S. pols, such as convicted Russian spy Maria Butina. Even if Trump had shrewdly echoed guest speaker Albert Brooks’ “Love your enemies” theme, the event would still be utterly inappropriate.

The Family, a shadowy rightwing entity, puts on the annual shindig, as author (and FFRF friend) Jeff Sharlet has documented in a highly acclaimed book and a recent Netflix series based on his work. The breakfast unfortunately conveys the appearance of an official governmental event — complete with official congressional hosts and near-mandatory attendance by presidents, cabinet members and members of Congress.

Meanwhile, Trump took advantage of this prayerful occasion to continue impressing his base —— Christian fundamentalists, evangelists and nationalists — with his commitment to undo the separation between state and church. He repeated his phony line from the State of the Union:

As I said on Tuesday in the House chamber, “In America, we don’t punish prayer. We don’t tear down crosses. We don’t ban symbols of faith. We don’t muzzle preachers. . . . In America, we celebrate faith, we cherish religion, we lift our voices in prayer, and we raise our sights to the Glory of God.”

Trump exhumed the fake news story of Gen. George Washington praying in the snow at Valley Forge, seemingly comparing his 2016 political campaign to the travails of the Revolutionary War. Trump piously added: “But what they did have was an unwavering belief that God was with them.”

“All of us here today reaffirm these timeless truths: Faith keeps us free,” he went on. “Prayer makes us strong. And God alone is the author of life and the giver of grace. Religion in this country and religion all over the world — certain religions in particular — are under siege. We won’t let that happen. We are going to protect our religions. We are going to protect Christianity.”

This remark underlines yet another obvious reason why the National Prayer Breakfast is an inappropriate event for members of Congress and presidents to attend. Co-host U.S. Rep. John Moolenaar openly said last week that the National Prayer Breakfast is “deeply rooted in a tradition of Christ’s teachings.” Aside from a token Jewish presenter and Trump’s likewise token references to non-Christian religions, last week’s prayer breakfast was indeed a Christian worship event. Even Pelosi ended her prayer (which, I was glad to note, mentioned imprisoned Saudi secular activist Raif Badawi), with “in the name of the father, the son and the holy ghost.”

Christian Nationalism was at the root of the event’s founding nearly seven decades ago. With 30 percent of America today non-Christian (most of that due to the nonreligious and unaffiliated), clearly it’s not appropriate for federal politicians to continue acting like only Christian constituents count.

But, ultimately, this phony ritual should be jettisoned because its premise is the demeaning notion that humanity must suspend reason, relinquish responsibility and instead beg a dictator in the sky to solve our terrestrial problems.

As we say at the Freedom From Religion Foundation to pious politicians everywhere: It’s time to get off your knees and get to work. 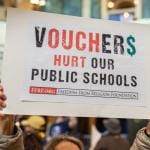 February 7, 2020
Donald Trump, a prayer breakfast, Black History Month — and a debate with God
Next Post 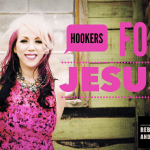 February 14, 2020 A Valentine’s Day missive for Darwin, Ed Asner — and the Trump administration
Recent Comments
0 | Leave a Comment
Browse Our Archives
Follow Us!