The Christian hypocrisy of “In God We Trust”

The Christian hypocrisy of “In God We Trust” April 13, 2016 Andrew Seidel

It seems like Christian hypocrisy is everywhere these days. The “In God We Trust” stickers going on cop cars and possibly in every Pennsylvania public school are an extension of that hypocrisy.

The ubiquity of “In God We Trust” is no accident. Government officials in this country are not allowed to use their public office to promote their personal religion. But they are always looking for ways around this rule, if not violating it outright. With “In God We Trust,” they think they’ve found a way to promote their god without violating the Constitution. There are several coordinated efforts to make the phrase as prevalent as possible. All by — surprise! — religious groups trying to use our government to promote their religion.

How did a country that was the first to separate state and church get stuck with a motto that is so obviously religious? It’s because courts have said the religious motto is not really religious. That’s right. Federal courts have ruled that the phrase no longer has any “theological or ritualistic impact.” It’s secular to adopt a motto that not only expounds a belief in a god, but claims all citizens “trust” in him.

Courts have upheld many instances of “ceremonial deism” using this same rationale. Government prayers, “In God We Trust” as a motto, “One Nation Under God” in the pledge, are no longer religious because “any religious freight the words may have been meant to carry originally has long since been lost.” Put another way, these have “lost through rote repetition any significant religious content.” A fuller list follows this article. (While we’re on the subject, let’s agree that “In God We Trust” cannot be ceremonial deism. One doesn’t trust in a deistic god that plays no role in this world, one trusts in a theistic god that does. Ceremonial theism is the more appropriate term.)

In a government where state and church are walled off from one another, federal courts have basically declared that entrusting this world to god is not religious. Imagine for a moment if the courts had declared that John 3:16 or praying the rosary had “no theological or ritualistic” importance because it had been so often repeated. The Religious Right would have had a collective stroke, and rightfully so.

And therein lies the hypocrisy. Christianity benefits when the federal courts declare that “In God We Trust” is not religious, since this allows godly office-holders to use their public office to promote their personal religious agenda. Religious Right groups and activists are perfectly willing to let the government desecrate their religion so long as it also allows them to promote their religion.

So whenever you see “In God We Trust” cut into coin, engraved on a government building, or stuck on a police car know that it is nothing more than a monument to religious hypocrisy.

Here are some of the quotes from courts about this supposedly nonreligious religious slogan: 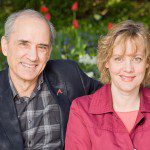 April 15, 2016 OMG, only atheists are allowed to say ‘Oh My God!’ from now on
Recent Comments
0 | Leave a Comment
Browse Our Archives
get the latest from
Freethought Now!
Sign up for our newsletter
POPULAR AT PATHEOS Nonreligious
1 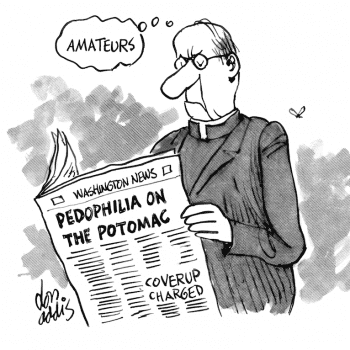 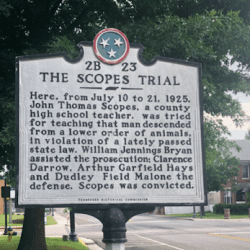 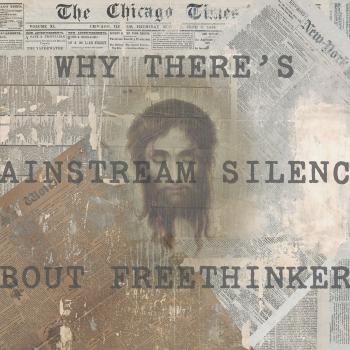