The T-shirt that rattled the Westboro Baptist Church

“God hates fags.” And “fag-enablers.” And Israel, the Marine Corps, Jews, the world, and America. Hate is all the Westboro Baptist Church knows. Well, hate and the media. Church members actually love the media, though. So when they came to Madison, Wis., home of FFRF, we decided that a huge counter-protest would play into their hands. A better way to go, we figured, would be to surreptitiously enlist them in helping FFRF educate the public.

That’s why the talented photographer and FFRF legal extern, Chris Line, and I went to do an atheist photo shoot with the Westboro Baptist Church bigots.

Don’t they provide a lovely background for this awesome atheist swag? The “Unabashed Atheist” T-shirt is quickly becoming my FFRF favorite. Like it? Get yours here and help support FFRF’s work. My unabashed atheism stymied this Westboro Baptist Church member.

After we took the photos, she read my shirt and said, “That’s your imagination,” referring to the T-shirt’s proclamation of my unbelief. Yup, she tried to tell me I wasn’t actually an atheist.

I assured her that I was indeed a nonbeliever and she came back with a tired biblical quote. I retorted with the tried and true rejoinder:

After some stuttering and stammering, she turned away and began to shout and sing again. But I got the feeling that she wanted to spit on my shirt.

Believers view atheism as a threat. I’ve had the experience, on several occasions, where I called myself an atheist, and my religious debate opponent tried to convince me I was just an agnostic. It happened when a certain Hollywood star tried to school me on atheism. Another time, it was caught on tape. I went on the Jesse Lee Peterson radio show and he tried to convince me I shouldn’t call myself an atheist. We discuss this in the first few minutes of this clip.

You can also see the fear of the atheist label manifesting at the end of this video, featuring a pastor retelling his fictitious debate with an atheist.

The label “atheist” threatens religion because it shows people who rely on a closed information system to maintain their beliefs that there is another way to live. So acquire a T-shirt and get out there to proclaim your atheism. There’s always going to be hate in this world. Don’t be deterred.

Whenever I run across WBC, I’m reminded that people can escape. My friend, Nate Phelps, made it out from under the poisonous hatred of his father’s house and cult. And whenever the religious hatred that plagues our world gets me down, I watch this video that Nate narrated and Seth Andrews, The Thinking Atheist produced. It is beautiful, and all the more moving knowing Nate’s story. It’s the perfect antidote to the WBC hate: 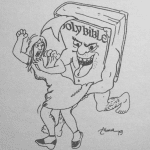 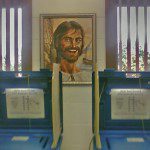 October 21, 2016 Citizens shouldn’t be forced to vote in mosques — or churches
Recent Comments
0 | Leave a Comment
Browse Our Archives
get the latest from
Freethought Now!
Sign up for our newsletter
POPULAR AT PATHEOS Nonreligious
1