Threat to Net Neutrality is a Threat to Freethought

Threat to Net Neutrality is a Threat to Freethought December 13, 2017 Freedom From Religion Foundation

There has been a lot of buzz about net neutrality over the past year — and rightly so. 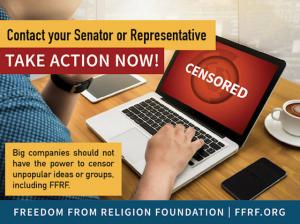 Net neutrality is the concept that your cable company shouldn’t arbitrarily be allowed to make your internet slower. Without net neutrality, internet service providers would be able to charge websites to load quickly — or entirely block internet access to a site.

Under the Obama administration, the Federal Communications Commission implemented rules to protect and preserve net neutrality. But current FCC Chairman Ajit Pai is planning to remove these protections. Without these rules, companies that provide your internet service would be able to censor anything they want online, including on your smartphone.

This change would do more than jeopardize the ability to stream your favorite shows or movies for free — it would also threaten unpopular speech, including speech that is critical of religion. Not only that, internet service providers could effectively extort money from websites that want their visitors to have quick and easy access.

If your service provider is allowed to offer faster speeds to the highest bidder, wealthy religious organizations — such as the Catholic Church or evangelical megachurches — would benefit, while secular nonprofits like the Freedom From Religion Foundation would suffer. The website you’re on right now might take forever to load — or be blocked entirely — while articles in a well-funded Christian echo chamber could load immediately.

The growth of American freethought and the explosion of the nonreligious population over the last two decades is tied to the free flow of information and open access to facts that undercut religious myths and religious privilege. Secularism depends on the internet to continue its juggernaut-like advance.

Open web access has certainly played a major role in the flight of young Americans from the religion they were raised in. The internet is where religions go to die. Today, more than 43 percent of millennials and younger Americans are non-Christian. This includes 38 percent of younger Americans who are nonreligious — the fastest-growing religious identification in the country.

If you haven’t lately, contact your representatives (all three of them!) in both chambers of Congress and urge them to save net neutrality. If you have done so, then remind them. This is important enough to be worth a few minutes. It could save you a lot more time down the road accessing your favorite websites.

By Ryan D. Jayn, Staff Attorney. The Freedom From Religion Foundation is a national nonprofit dedicated to keeping state and church separate and educating about nontheism. We depend on member support, please join today. 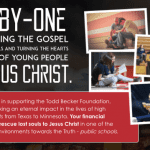 December 15, 2017 Weekly Wrap: We Didn’t Get Tired of Winning
Recent Comments
0 | Leave a Comment
"As someone Born and Raised in NM, I was floored to learn that other places ..."
C.T. (A.K.A- That Lurker) Luminaria enlightens onlookers about real reason ..."
"> Today, freedom to believe as one wishes is locked securely in the heart of ..."
Jim Jones Many struggles won us our religious ..."
"some people can find a secret message between these to quotes ' 'they can find ..."
Cozmo the Magician The similarities between QAnon and evangelism
"Indeed. Which is what makes it so ironic that conspiracy theories are very effective tools ..."
(((J_Enigma32))) The similarities between QAnon and evangelism
Browse Our Archives
get the latest from
Freethought Now!
Sign up for our newsletter
POPULAR AT PATHEOS Nonreligious
1